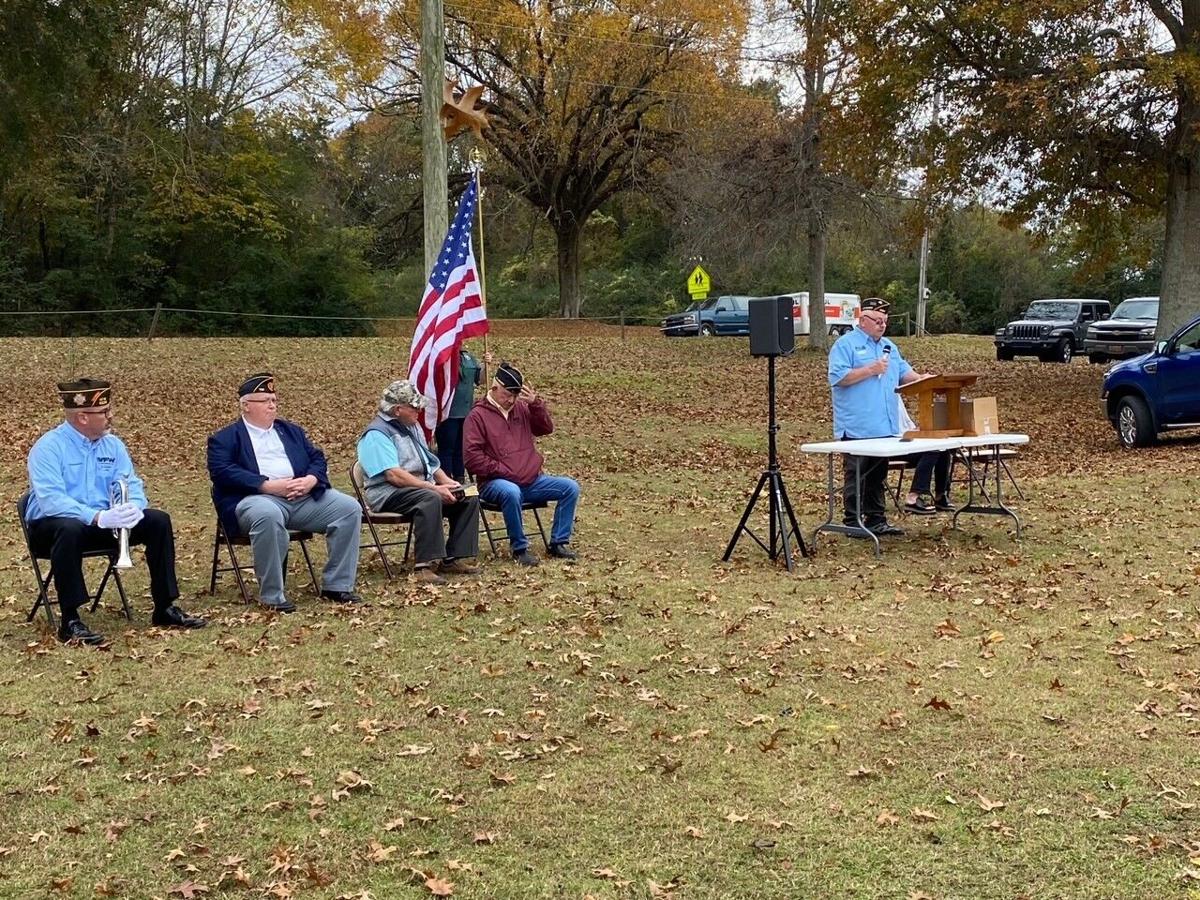 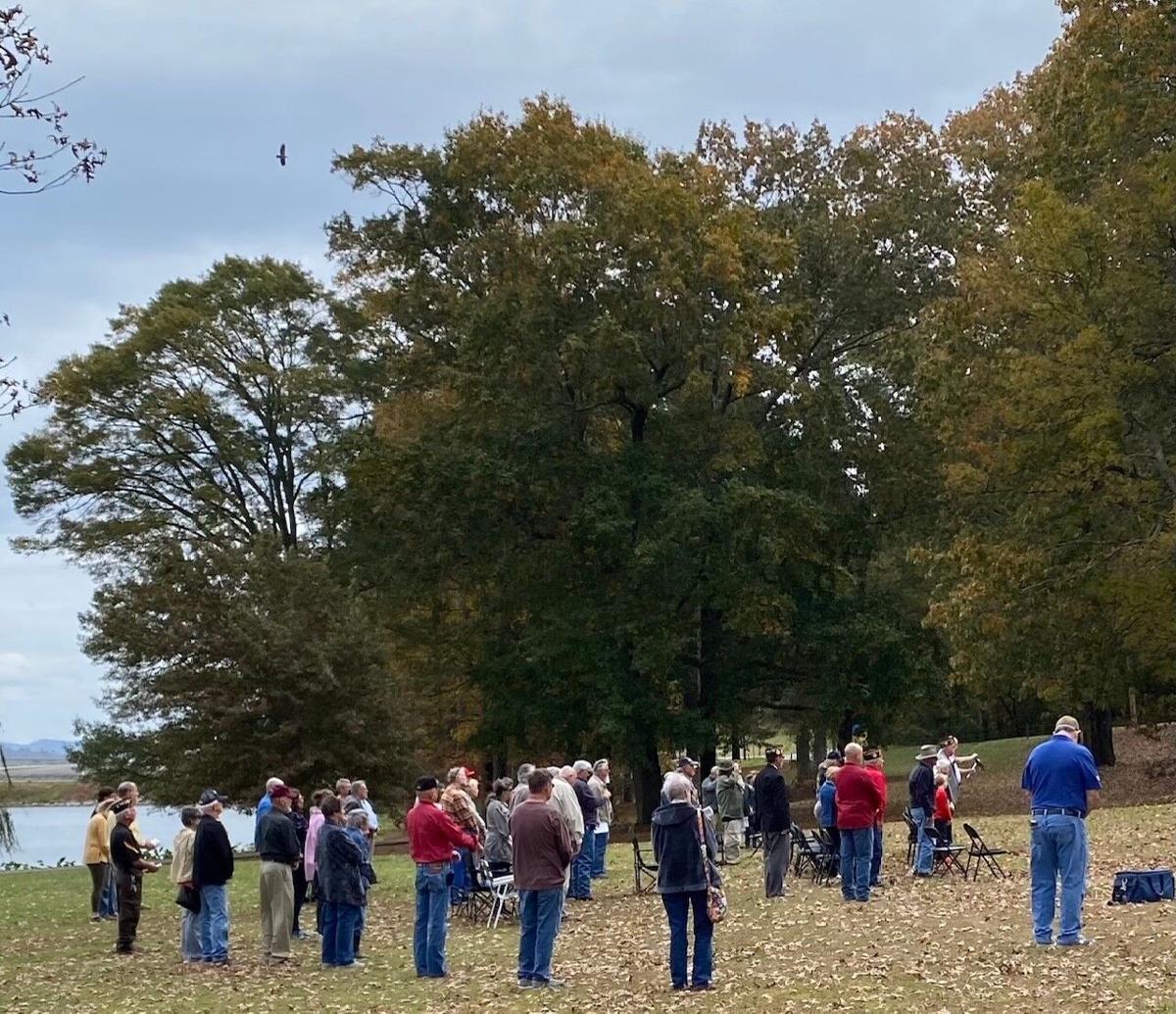 Just as the ceremony was concluding and "Taps" was being played, a bald eagle flew over the ceremony. Morri Yancy captured the photo. 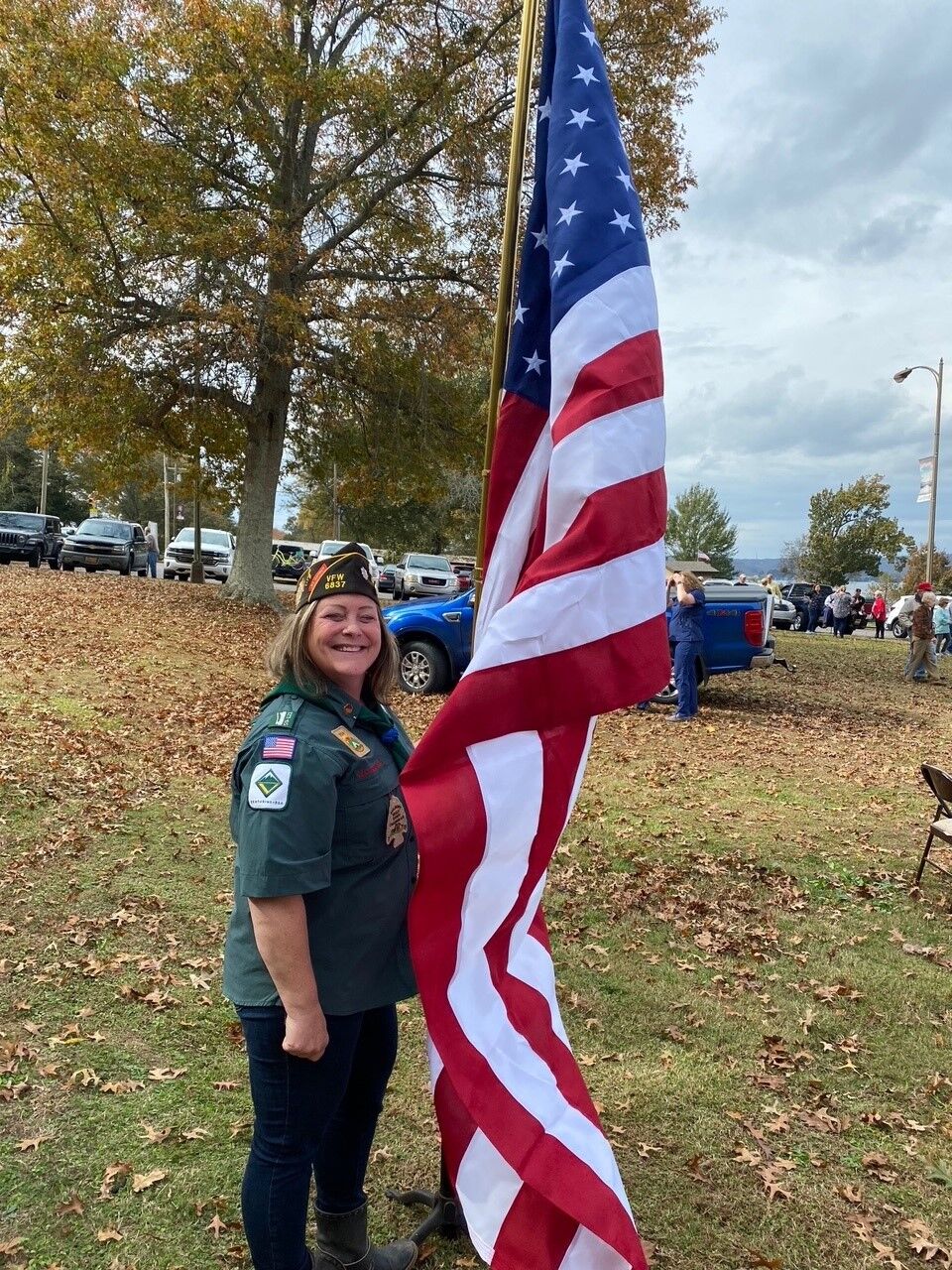 Renie Bright, a Scout, VFW member and retired Army officer, presented the colors for the ceremony.

Just as the ceremony was concluding and "Taps" was being played, a bald eagle flew over the ceremony. Morri Yancy captured the photo.

Renie Bright, a Scout, VFW member and retired Army officer, presented the colors for the ceremony.

The first-ever Veterans Day ceremony at the site of the future Marshall County Veterans Freedom Park was held Nov. 11.

The site is the open field near the Rotary Cabin and Farmers Market on Sunset Drive. About 80 people attended the ceremony and the rain held off long enough to get it done.

Mayor Leigh Dollar spoke about working with the veterans to find a suitable site for the park, saying it was long overdue for them to have a space of their own. She was pleased with the size of the crowd for the first ceremony on the site.

Many veterans and their friends and family were in attendance.

Morri Yancy noted that a bald eagle flew over just as Arab VFW commander played “Taps” at the end of the ceremony, which seemed especially meaningful.

The veterans park committee has been working with the City Council on the site and hopes to finalize an agreement soon to locate the park there.