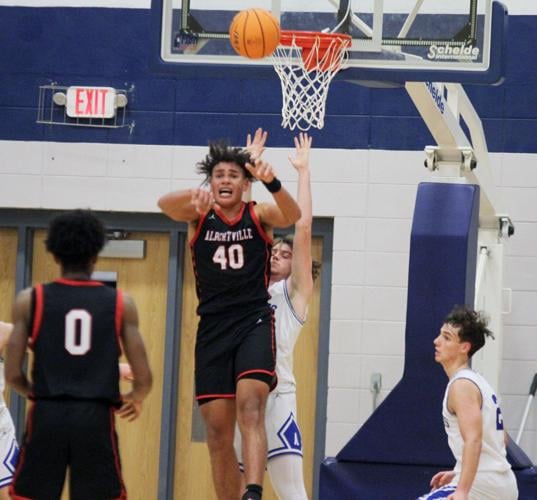 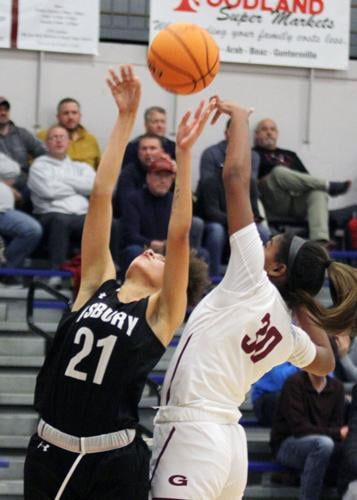 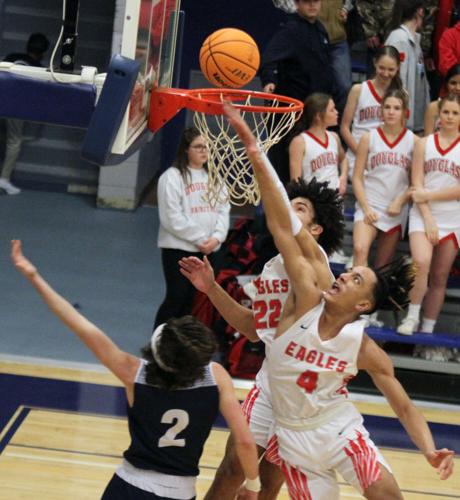 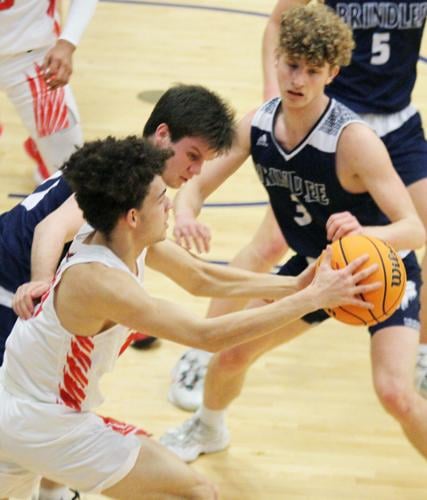 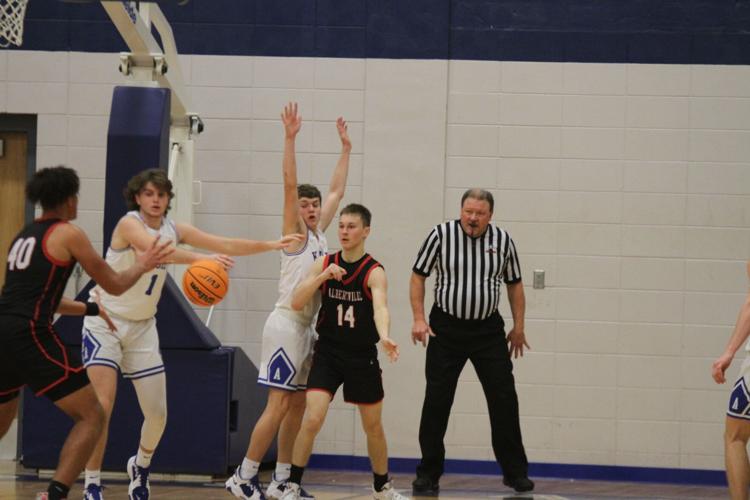 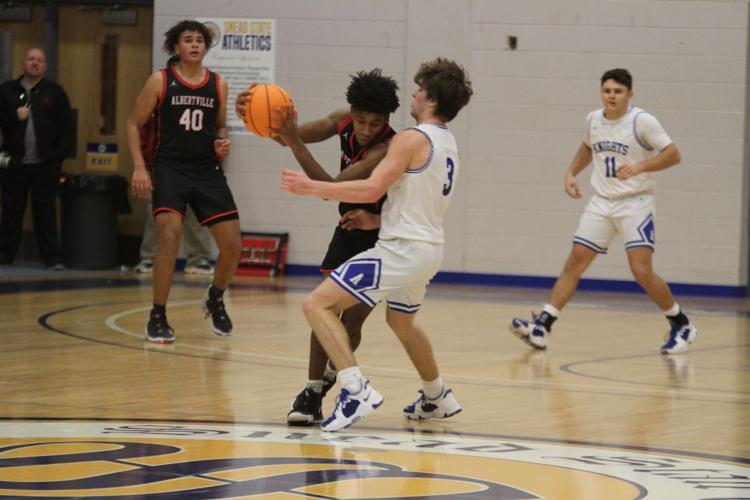 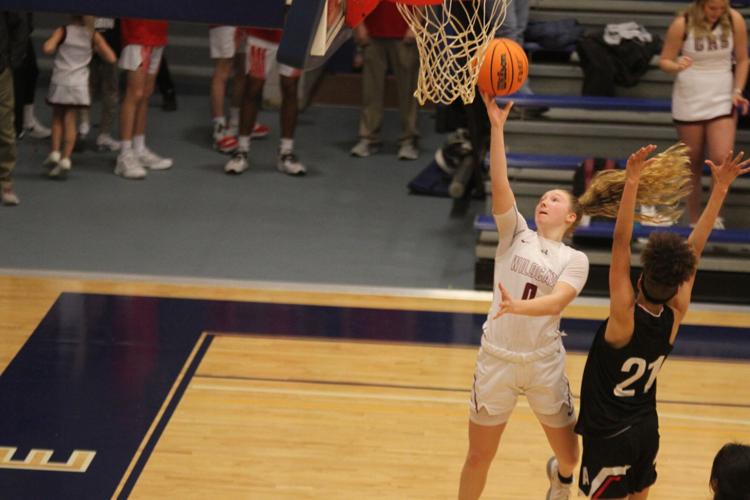 BOAZ – One of the most anticipated local games of the high school basketball season will take place Thursday night at Snead State after the Albertville and Douglas boys took care of business on Monday night in the opening round of the Marshall County Tournament.

Albertville (12-11) took on Arab (12-10) in the first game of the boy’s bracket, with the Knights looking to spoil the hopes of a neighboring game between the Aggies and Eagles, but the Aggies found a way down the stretch to pull out a 39-36 victory in the first County Tournament game under new coach Dylan Bunnell.

Albertville are the three-time defending champions on the boy’s side, winning the 2018-2020 tournaments with former coach Patrick Harding.

Arab took control of the game early Monday, using tough defense to jump out to a quick 12-6 lead on the Aggies after one period of play. But Albertville began to find its offensive stroke in the second quarter thanks to the 3-point line, with three different Aggies each connecting from behind the long line to trim the Arab lead down to 19-17 heading into halftime.

The Aggies continued to claw away at the Knights lead in the third, this time from inside, as they connected on five 2-point baskets for a 12-10 edge in the third, knotting the game up at 29-29 going to the fourth.

While Albertville had just two players score in the fourth, the defense held the Knights to just seven points, allowing them to pull out the win.

JoJo Prickett knocked down a pair of 3-pointers in the fourth, breaking open what was a tie game at that point, giving him three 3-pointers for the game for a game-high 12 points in the victory, while senior Elijah Moss was calm down the stretch in the clutch, going 4 for 4 at the foul line in the fourth to finish with eight points.

Arab were paced by Ed Johnson, who posted 11 points in defeat for the Knights.

The win keeps Albertville’s dreams of a four-peat alive, and sets up a showdown with top-seed Douglas in Thursday night’s semifinal round.

The Eagles, who improved to 17-3 with Monday night’s win, turned in a stellar defensive performance against No. 8 seed Brindlee Mountain, earning a 50-37 victory to secure their place in the semifinals.

Leading 21-13 out of halftime, the Eagles took firm control of the game with a big third quarter that saw them erupt for a 20-11 advantage, making it a 17-point lead heading to the fourth quarter.

The Eagles were paced by Jaylen Spain who posted a game-high 15 points in the victory, with Dakota Stewart netting 11, while Raygan Edmonson and Yael Lucas each added nine in the win.

The Albertville-Douglas semifinal game is slated for Thursday night at 7:45 p.m. at Snead State.

Douglas has not won the Marshall County Tournament since the 2007 season, when head coach Skylar Baugh was a player on that team.

On the girl’s side of the brackets, both Guntersville and Douglas rolled to easy victories on Monday night, setting up a semifinal showdown between the two teams on Thursday night.

Douglas opened the tournament with a convincing victory over DAR, locking down the Patriots offense in the opening round win. The Eagles rolled to a 53-23 victory to reach the semifinals, improving to 12-9 on the year.

The Eagles will now gear up for top-seed Guntersville, who also cruised to victory on Monday night, rolling past Arab.

The Wildcats took down the Rams by a final score of 69-36, improving to 19-5 on the season in the process.

Those two teams will me in Thursday’s semifinal round, set for a 6:15 p.m. tip off at Snead State.