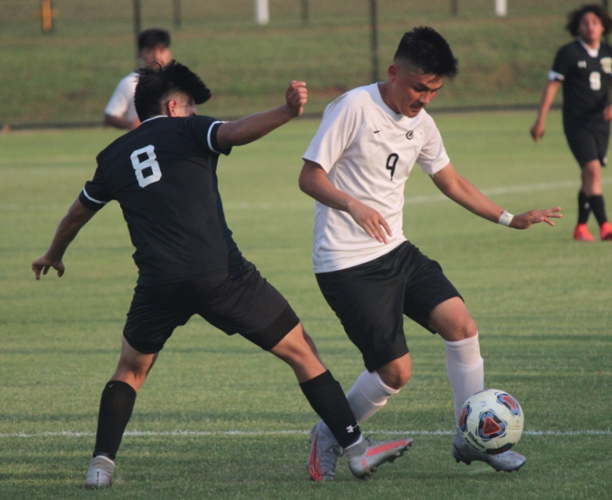 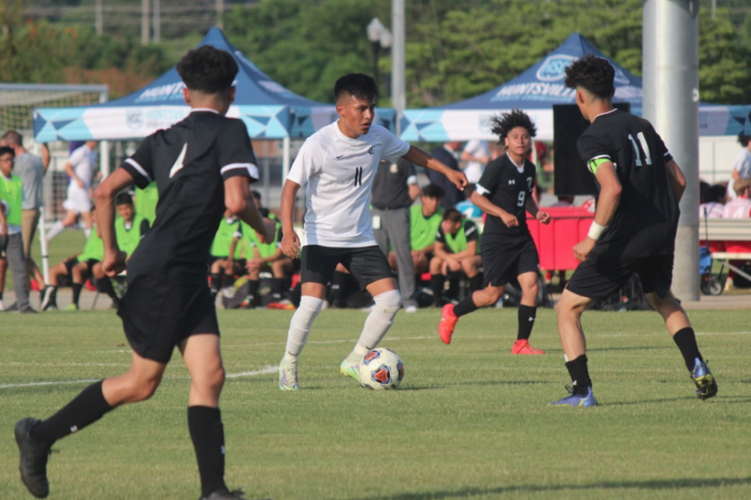 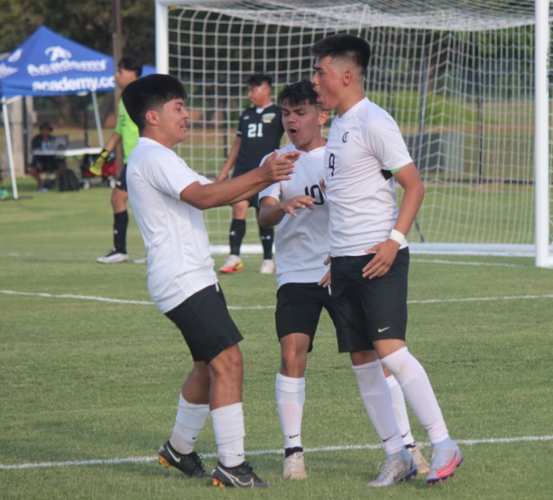 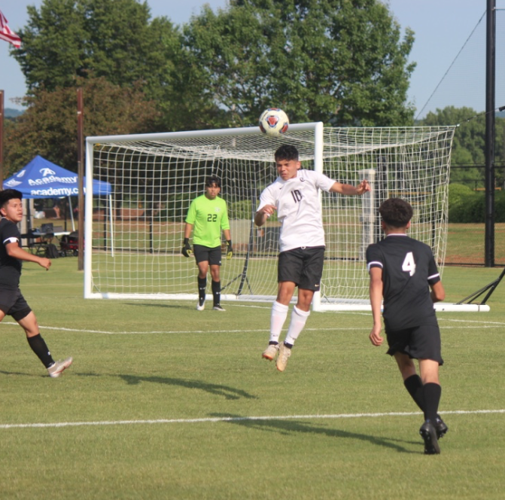 HUNTSVILLE – For the second consecutive season, the Crossville Lions saw their season end at the hands of Russellville in overtime at the State Soccer Final Four in Huntsville.

After a back-and-forth game for the better part of 80 minutes, the Golden Tigers had the fresher legs in the overtime period, scoring the golden goal with just under 90 seconds remaining in the second overtime to pull out a 3-2 win, ending Crossville’s season.

“It was nose to nose, and we gave them everything we had, and gave them everything they wanted,” Crossville coach Isaac Dismuke said. “It was a minute twenty-five is what the clock said. A minute twenty-five and we were in penalties and it’s anyone’s game. They fought hard to the end, we did too, but when it gets that deep and our guys are that tired, it’s just one of those things. I think we did everything right, I don’t think I would change anything, I just wish we would have had a little more gas in the tank.”

After Crossville goalie Alexis Salinas made a pair of close stops in the first overtime, Russellville continued the pressure in the second overtime, when Yamilson Velasquez fired a shot from the right side of the box that clanged off the bottom of the crossbar, down and into the net for the winning goal.

The 3-2 overtime win for Russellville was a repeat of last year’s semifinal game between the two schools. Dismuke said that the team was worn down by the end of the game, playing most of the game in intense heat, including temperatures that hovered around 90 degrees at kickoff.

“Never put our head down at all,” Dismuke said. “It was hot, it was 90 degrees when we started the game. I could see how tired we were getting, tried my best to keep some subs going, but at the end of the day, I knew I had to have my best 11 on the field. I’m proud of them, they gave everything they had, they left their hearts on the field. Really, all we can say is, we’ll get ‘em next year.”

After withstanding an early push, it was Crossville who broke the scoring open, when Alan Balcazar put a long ball to the top of the box that saw Rodolfo Balcazar beat the Russellville keeper to it, tapping the ball past him, then calming putting the ball into the empty net for a 1-0 Crossville lead 25 minutes in.

Crossville nearly doubled the lead seven minutes into the second half when Kevin Rios unleased a left foot shot inside the box that was stopped by a diving save. That save seemed to wake up Russellville, who found an extra gear of the next 15 minutes.

On clearing attempt, the Golden Tigers’ Juan Cano one-touched the ball to control it, then fired a right foot shot across his body and into the left side of the net to tie the game 1-1 with just under 30 minutes to play.

Less than five minutes later. Cano went down the left side of the Crossville defense, into the box, and this time placed a low shot into the right side of the net, giving Russellville it’s first lead of the game with 25 minutes to go.

But like they had all season, Crossville found a way to battle back, flipping the field again in a push to tie the game.

With just over 19 minutes to go, Crossville ventured into the box when a player was hauled down, and the Lions being awarded a penalty. Alan Balcazar stepped up for the Lions, and his quick shot went past the diving Russellville keeper into the lower left corner, tying the game 2-2.

From there, each team had one more great chance before overtime, with Crossville just missing on a header in the box with 15 minutes to play, then the Lions clearing a loose ball off the line to prevent a Russellville goal with 10 minutes to play.

While the loss stings for Crossville, Dismuke said it will add to their fire to help Crossville get over the hump in the future, and with hopes that the Lions will become a mainstay in Huntsville in future years.

“This is the second year in a row we’ve lost right here, to this team, in overtime,” Dismuke said. “That makes us hungry. This will be fuel going into next year, we’ve got a lot of great guys coming up. We’re losing a lot of talent, but we have a lot of hard workers coming up, and we’re excited for the future. I think this seasoned us, and we’re going to make it a habit of being here in Huntsville at the start of May from here on out.”

The Lions are set to graduate 12 players off this season’s team.