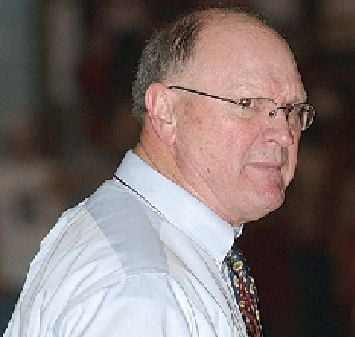 Ronnie Stapler won 114 games during his five years as varsity boys head coach at Guntersville from 2003-08. 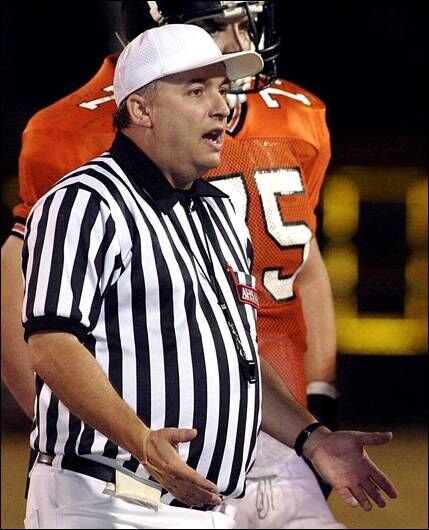 Ronnie Stapler won 114 games during his five years as varsity boys head coach at Guntersville from 2003-08.

MONTGOMERY – Twelve major contributors to prep athletics in Alabama were selected from a list of 62 nominations, which include a record 13 nominations in the “Old Timer” category, to be inducted into the into the 31st class of the Alabama High School Sports Hall of Fame Monday night. The 2021 class will be enshrined at a banquet held at the Montgomery Renaissance Hotel and Spa Convention Center next March. The selections were made at a meeting Thursday and all inductees were notified Friday.

“The selection committee had a very difficult task from a long list of outstanding nominees,” said AHSAA Executive Director Alvin Briggs. “Those selected have represented themselves well throughout their careers and have made a major difference in the lives of all who know them. We are proud to be recognizing these individuals with this special honor.”

The Alabama High School Athletic Directors & Coaches Association, the coaches’ wing of the AHSAA, oversees the Hall of Fame. A selection committee comprised of coaches, administrators and media representatives made the selections from a very impressive list of nominations.

“We thank the Hall of Fame Selection Committee for their dedication and thoroughness in selecting these very deserving individuals,” said Brandon Dean, Director of the AHSADCA. “These outstanding inductees, as well as all the nominees, have dedicated their lives to help promote and support education-based athletics.

The first class was inducted in 1991. These 12 new inductees will run the total enshrined into the Alabama High School Sports Hall of Fame to 377.

MARK JONES (OFFICIAL): Recognized as one of the state’s most respected contest officials and teachers of officiating, Jones, 61, grew up in Marshall County graduating from Guntersville High School (1978) and Jacksonville State University (1982). He earned his degree and master in education at JSU, then was employed by the university as Director of Recreation Sports from 1984-2016.

While at JSU, he taught several classes in officiating and became one of the top trainers of officials in the state.

He became the AHSAA Director of Officials in 2016 where he remained until his retirement last year. Jones officiated basketball, football, softball and baseball at the high school and collegiate level from 1978 – 2010. He was a state football camp instructor from 1995-2008, was East-Central Football Director from 2008-2016 and officiated in numerous state championship games.

In addition, he served as the AHSAA Northeast Regional Basketball Tournament Director for 23 years. A mentor and leader among the state’s high officials, he oversaw the introduction of Instant Replay in AHSAA high school football and played a key role in organizing and developing the current Officials Director program used by the AHSAA to train and monitor its contest officials.

He used his officiating skills wisely as a Jacksonville City Councilman from 2008-2016, serving as council president the last four years. Jones was inducted into the Alabama Sports Officials (ASOA) Hall of Fame as a member of the Class of 2020.

RONNIE STAPLER (COACH): The Butler High School 1965 graduate returned to Huntsville following college at the University of North Alabama and began a high school basketball coaching career that has lasted for more than 50 years.

Stapler, 74, has had coaching stops at Grissom High School, Guntersville High School, Randolph School and currently Westminster Christian Academy, where he has recorded more than 800 career wins in 47 seasons. His 800th win came in January of 2021 making him the sixth coach in AHSAA history to reach that milestone coaching boys’ basketball.

His program has sent more than 100 players to the college ranks with scholarships. One of the state’s biggest high school basketball advocates, he served as Grissom’s boys’ basketball coach from 1970 to 2003 – winning state championships in Class 6A in 1988 and 1999. The Tigers finished runner-up in 1997.

He led the Guntersville basketball program from 2003 to 2008, then spent five years at Randolph School in Huntsville coaching the girls’ team.

He moved to Westminster in 2014 and has remained with the Wildcats ever since. He guided Westminster to the 4A state crown in 2016 and had runner-up finishes in 2015 and 2019.

Stapler also coached boys’ golf at Grissom winning the 4A state title in 1983. He has received numerous coach of the year awards and coached in the Alabama-Mississippi All-Star Classic in 1999 and 2016. Three of his players earned Mr. Basketball honors.

During his 50-year coaching career he has also coached wrestling, football and softball. He served on the AHSAA Basketball Coaches Committee from 1997-2001 and was inducted into the Huntsville/Madison County Athletic Hall of Fame in 1997.

LARRY DICHIARA (ADMINISTRATOR): A graduate of Foley High School (1977) and Auburn University (1981), DiChiara, 62, received his master’s in special education in and doctorate in education leadership in 2000.

Now an educational consultant with SOY Education Associates, Inc., he started out his career as a teacher and boys’ basketball coach at Loachapoka High School in Lee County. He later became the principal – continuing his role as boys’ basketball coach and eventually moved to the Lee County Schools Central Office. He served as the Superintendent of Phenix City Public Schools from 2004-2013 and was chief administrative officer and acting superintendent for Selma City Schools from 2014-15.

DAVID DOBBS (COACH): Recognized as one of the AHSAA’s most outstanding track and cross country coaches, Dobbs, 64, grew up in Birmingham.

Dobbs served a head track & field and cross country coach for boys and girls at Hewitt-Trussville High School for 31 years – from 1990 – 2021. Named Jefferson County Teacher of the Year in 1996 and Jefferson County Track and Cross Country Coach of the Year several times, he developed the Huskies’ program into one of the state’s elite programs.

His girls won state titles in indoor track and outdoor track in 1999, and his boys’ and girls’ teams each won the state crown in 2021. That same year, the two teams finished as runner-up in the Class 7A Outdoor Track championships.

JANA KILLEN (COACH): Deshler High School won the jackpot when Jana Killen, 57, joined the faculty and coaching staff fresh out of College at the University of North Alabama in 1989. The Lawrence County (TN) High School graduate (1982) made an immediate and lasting impression becoming one the state’s most successful and versatile coaches in AHSAA history over her 33-year coaching and teaching career.

STACY LUKER (COACH): He graduated from Sweet Water (1983) and the University of West Alabama (1988) and returned to his alma mater as an assistant coach. He served defensive coordinator for the football team and head baseball coach for the Bulldogs from 1988-94 winning two Class 1A state titles and one Class 2A state crown.

He became head football coach at Washington County High School in 1995, compiling a 10-11 record over two seasons and launching a head-football coaching career that is still in full swing.  He had stints at Thomasville (30-23), returned to Sweet Water from 2002-2013 compiling a 131-32 record with five state championships.

DONALD WAYNE MURPHY (OLD-TIMER): Track coach Murphy, who was born in 1941, graduated from Tallassee High School in 1959 and attended college at Troy State University and Auburn University. He received his degree in 1963 and later earned his master degree.

He immediately went to work in 1964 a teacher and track coach at Auburn High School. The Tigers won the state title in 1965, 1966 and 1967.  The much admired teacher and coach was the commencement speaker for the 1968 AHS senior class. Also well respected nationally, he coached Alabama’s track team at the National Jaycee Track Meet in Iowa in 1968.

He became thee director of Auburn University’s Memorial Coliseum from 1968-1979 but returned to Auburn High School as head track coach in 1984 where he remained until becoming the Auburn City Schools’ first city-wide athletic director in 1993 and remained through 1998.

JAMES “JIMMY’ PERRY (COACH): A 1975 graduate of Robert E. Lee High School in Montgomery, he attended Auburn University earning his degree in 1979 and a masters in 1982.

Perry, 64, currently the head football coach at Saint James High School in Montgomery, started his football-coaching career at Trinity Presbyterian School in 1979 as an assistant coach. He moved back to his alma mater in 1982 as an assistant coach and offensive coordinator and was named head coach for the Generals in 1999. He remained through 2000 when he left high school coaching to join the Auburn University football staff.

He is the winningest football coach in Saint James history (79-35) and owns a 144-67 record overall in 18 seasons. Perry has served as a coach in the Alabama-Mississippi All-Star Classic and North-South All-Star Classic and has earned numerous Coach of the Year honors. He was inducted into the Lee High School Hall of Fame in 2002.

DANNY POWELL (COACH): Considered one or the AHSAA’s top football and baseball coaches during the last three decades, Powell, 72, graduated from Leroy High School in 1968 and Livingston (West Alabama) University in 1972.

WADE ROBINSON (OLD-TIMER): The Wilcox County High School basketball coach made a big impression during his career as a player at Wilcox County Training School. That was just the beginning, however.

After graduating from the Camden school in 1965, he attended Daniel Payne College graduating in 1970. Robinson, now deceased, returned home to his alma mater in 1970 and began teaching the same tenacity and dedication he displayed as a player during his impressive coaching career.

That career continued at Wilcox County High School culminating with a 77-74 win over local favorite Jones Valley the 1985 Class 4A state basketball championship game held at Birmingham’s Bill Harris Arena for the school’s only AHSAA state title.  His 1989 team lost to LaFayette in the 1989 Class 3A finals 84-74 at Tuscaloosa.

JOHNNY D. SHELWOOD (COACH): LeFlore High School’s legendary basketball program foundation was laid by Shelwood and his ability to get the most out of his students – on the court and in the classroom.

Shelwood, 78, graduated from Central High School in Mobile in 1960 and Dillard University in 1964. He earned his master degree from Indiana University in 1974. His high school coaching and teaching career began in 1964 at Central, where he served as assistant head coach for two region championship teams. He moved to Toulminville High School in 1966 – leading the team from the AIAA to the AHSAA during the merger of 1968 and remained as head coach through 1980 compiling a 193-165 record.

TIM SMITH (COACH): A graduate of Ranburne High School in 1969, Tim Smith, 70, returned to his alma mater after completing his degree at Auburn University (1975) and quietly began a teaching and coaching career that would establish his girls’ basketball program as one of the best in AHSAA history.

He was an assistant football coach for Coach Harlan Robinson and the Bulldogs that won the school’s first state title in 1977. He then became the first and only girls’ head basketball coach for the school over the next four decades leading the program to a 643—344 record in 41 seasons. His girls won 21 area titles, advanced to 12 Sweet 16’s seven Elite Eight state tourneys and three Final Four’s. His Bulldogs won the Class 2A state championship in 1991.