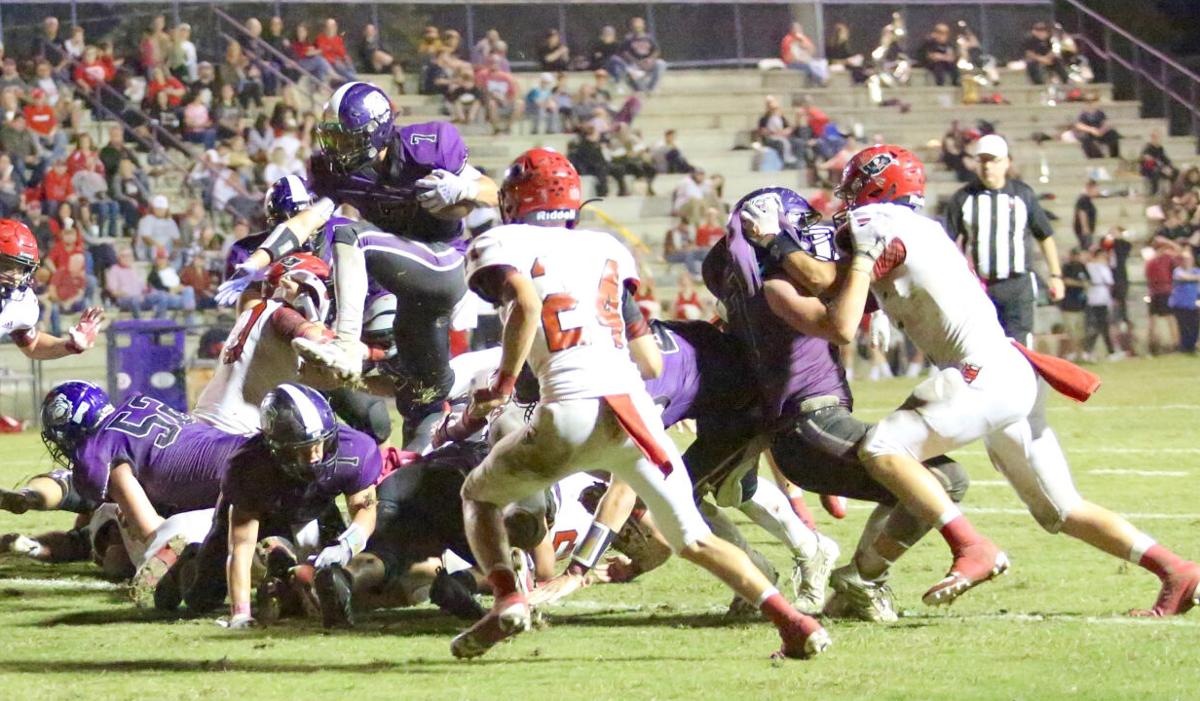 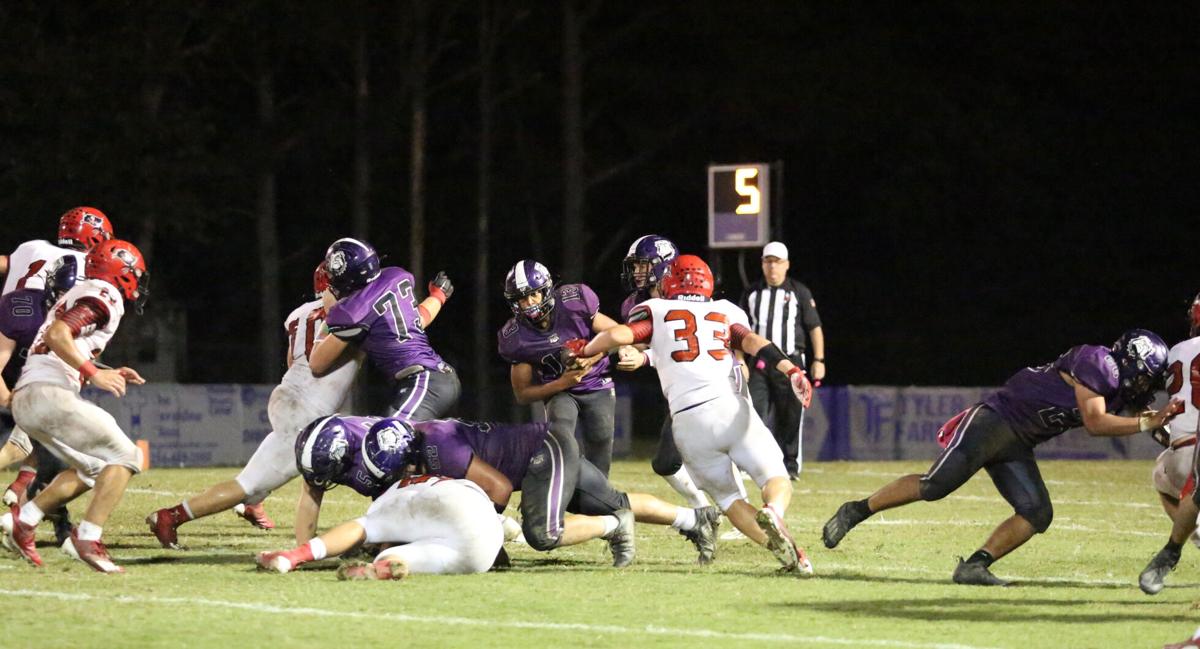 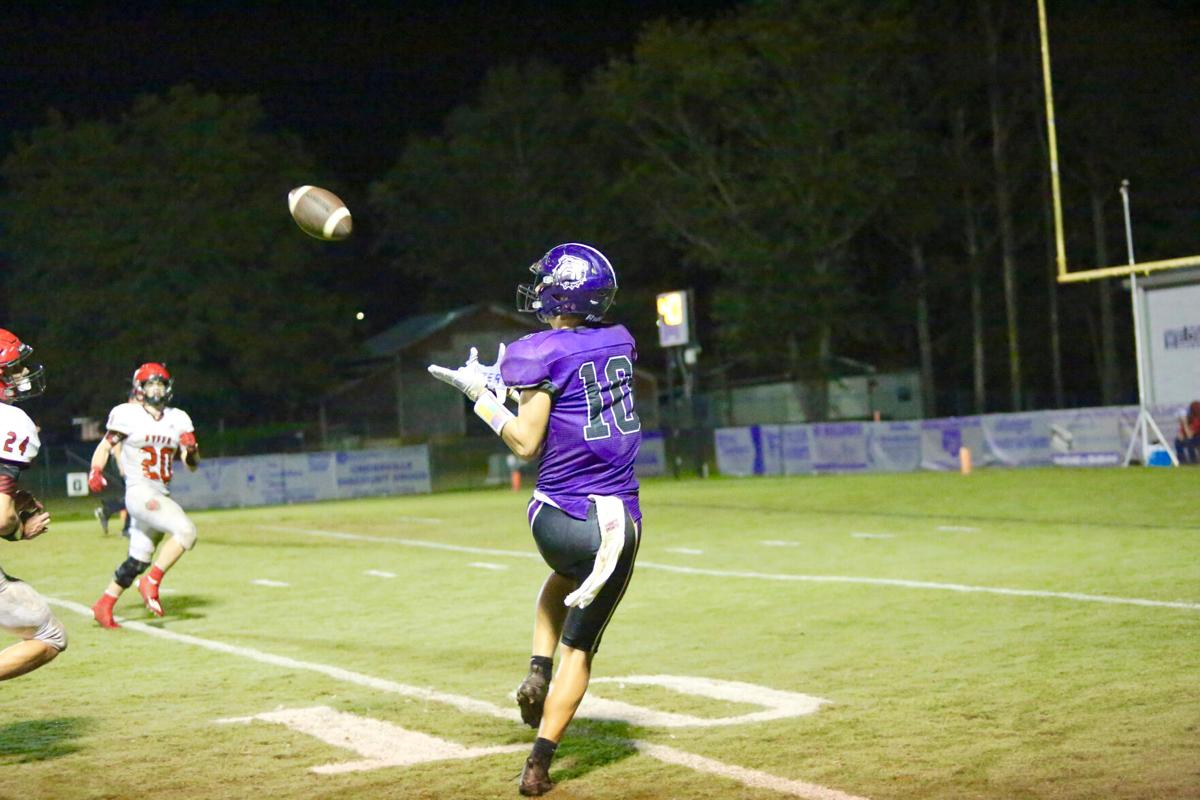 It had been 1,421 days since Fyffe lost a football game. Almost four years and 51 wins.
That streak ended Friday night when Geraldine’s Colton Lusher intercepted Fyffe quarterback Kyle Duke’s pass with 1:17 remaining in the game sealing a 20-19 victory for the Bulldogs.
The interception capped off a huge night for Lusher who finished with five catches for 106 yards and two touchdowns.
“This is amazing,” he said as he and his teammates celebrated the win. “Fyffe played how we thought they would, but we just wanted it more tonight.”
The win ended the nation’s longest high school football winning streak and Fyffe’s chances of breaking the state record for most consecutive wins.
“I feel like every team has a defining moment and I feel like this defines this team,” Geraldine head coach Michael Davis said.
Fyffe beats teams by not making mistakes. On Friday night, it was Geraldine who didn’t make the mistakes. Fyffe had four penalties and two fumbles. Geraldine had none of either.
“Hats off to Geraldine,” Fyffe head coach Paul Benefield said. “They played a great game and didn’t let us dominate. I’m very proud of our program, we knew this day was going to come. It’s part of life and part of sports. I love all the kids that started this streak and I love the kids we have now. One day we will sit back and remember that winning 51-games in a row was something special.”
Fyffe opened the game with a 40-yard touchdown run from Dukes. Yahir Balcazar added the extra-point for a 7-0 lead.
Geraldine tied the game with 30 seconds remaining in the first half on a five-yard pass from Jaxon Colvin to Lusher. Danny Felipe tied the game with the extra-point.
Fyffe opened the second half with a four-yard touchdown run from Dukes. The extra-point failed after a bad snap.
Geraldine took its first lead of the game with 2:51 remaining in the third on a three-yard run from Caleb Hall. Felipe’s extra-point gave the Bulldogs a 14-13 lead.
Fyffe regained the lead on the first play of the fourth quarter with a 13-yard run from Dukes. The two-point conversion failed and Fyffe led 19-13.
With 7:12 to go in the game, Fyffe fumbled the punt snap. The punter was able to get the ball off but it gave Geraldine the ball on the Fyffe 34. On the next play, Colvin hit Lusher for a 34-yard touchdown for a 20-19 lead. The two-point attempt failed.
The next drive ended with a Lusher interception. Colvin sealed the win when he picked up a fourth and 1 with 10 seconds remaining. Colvin finished 8-for-14 passing for 146 yards.
For Fyffe, Dukes finished with 104 yards and three touchdowns. Logan Anderson added 131 yards rushing.