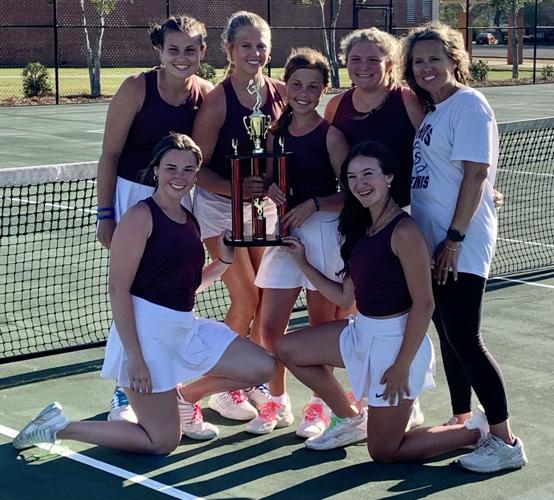 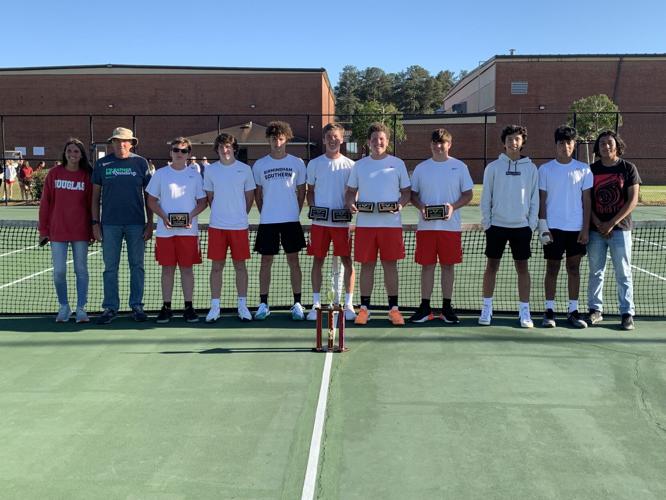 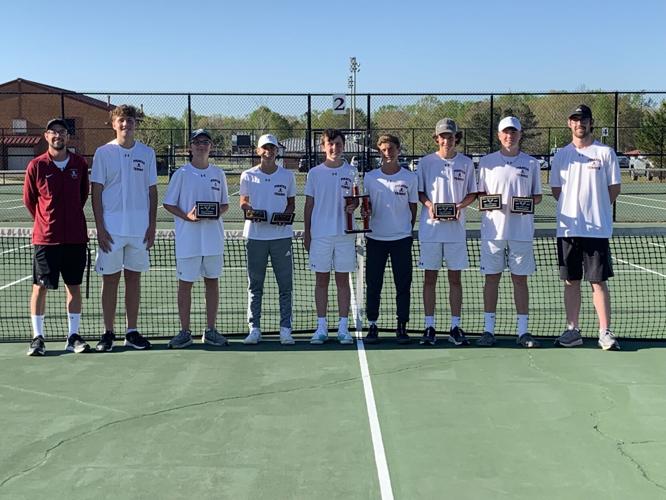 BOAZ – If the Sardis Lions were going to continue their stranglehold on the Sectional Tennis title, it was going to come down to the singles matches Thursday afternoon at Boaz High School.

After the conclusion of doubles finals, the Lions held a slim 44-40 lead over Etowah with six singles matches to go, and four head-to-head matchups between them and the Blue Devils.

After losing to the Blue Devils in the regular season just before Sections, the Lions used that as motivation Thursday, dominating the singles matches to pull away with the team title, their sixth-straight.

“This group, they’ve always been that way,” Sardis head coach Amanda Johnson said of the team’s resolve. “They love to win, they love to compete. You look at the brackets after the first day, we had four singles matches that went to tiebreaks, and our No. 1 doubles team was down three match points, so they don’t ever quit. They’re competitors, and they love to compete, but part of that is the work so hard. They put in the hours of practice, we practice extra, so they’re prepared.”

Highlighting that run was No. 1 singles player Caroline Johnson who played a thriller in the championship match, picking up the win that secured the overall team title, which was then followed by singles victories down the rest of the lineup to pull away.

“They win for each other and the team, and take pride in what they do,” Coach Johnson added. “We’ve only got one senior, and a lot of juniors. They had to learn to toughen up mentally, that loss to Etowah made us mentally prepared for everything, and I think motivated them to want to come back and work harder, get focused, and they did.”

With the Sectional title in-hand, there is little turnaround for the Lions, with the 4A/5A tournament set to get underway on Monday. The Lions are eyeing a Top-5 finish, and the top spot among the state’s public schools in their class. Helping get the team ready for the State Tournament was what Coach Johnson called, ‘The hardest season we’ve ever played.’

“I think we’ll do well,” Johnson said. “We played harder matches this year, we played two tournaments, and did that intentionally to get them ready to go to State. If we get good draws, I think we could really show out and do well.”

Thursday was also a big day for the Douglas and Boaz boys teams, who locked up their team spots at State with their play on Wednesday, and needing the finals to see who would claim Thursday’s team title.

Douglas used their depth, seeing each member of their team make the finals in their respective flights, then shining in those final matches to earn the victory.

“I knew after Wednesday when they came to play, and they won every singles and doubles spot, that it put us in really good position for (Thursday),” Douglas coach Isabella Wisener-Harmon said. “We have two seniors at the top of the lineup, and I think they did a really good job of getting everybody ready, getting them in the right mindset.”

Those seniors, Masen Howard and Wesley Hawkins, showed that on the court, with the duo teaming up to claim the No. 1 doubles title, then Howard winning the No. 1 singles crown, followed by Hawkins’ victory at No. 2 singles to put the team title doubts to rest.

Howard, who reached the state title match as a solo player at No. 1 singles last year, will be one of the favorites to play deep into next week’s state bracket.

“This is pretty much the same team we had last year, they just put in a ton of extra work, and a ton of extra time, and I think that showed today,” Wisener-Harmon said. “It takes a team, and we had some win singles, some win doubles, but they came with the mindset of, ‘If we’re going to go, we need everybody.’”

Despite the runner-up finish, Boaz also advanced to the State Tournament, with the top-two teams advancing from each Sectional.