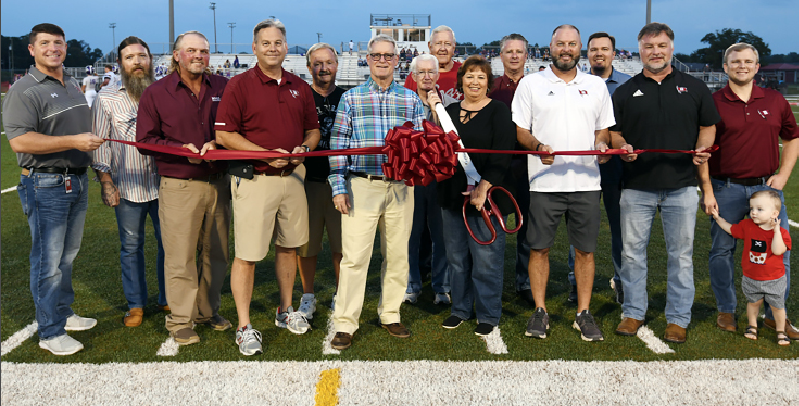 The Boaz Board of Education approved a new artificial surface inside L.F. Corley Jr. Stadium. The school system opened the new field in front of a packed house against Fairview that included a ribbon cutting and fireworks. 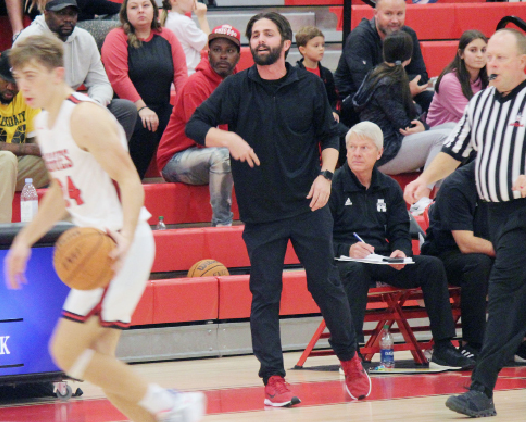 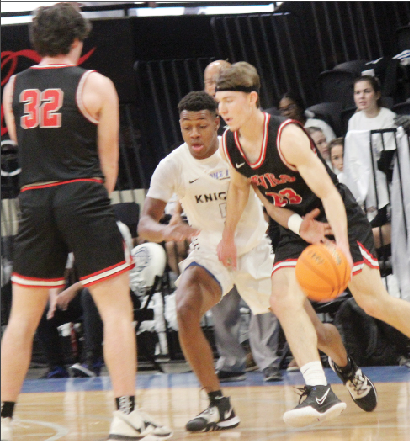 Parker Godwin was selected most valuable player of the AHSAA Class 3A State Tournament after leading Fyffe to its first boys state basketball championship. Godwin signed with Gadsden State.

The Boaz Board of Education approved a new artificial surface inside L.F. Corley Jr. Stadium. The school system opened the new field in front of a packed house against Fairview that included a ribbon cutting and fireworks.

Parker Godwin was selected most valuable player of the AHSAA Class 3A State Tournament after leading Fyffe to its first boys state basketball championship. Godwin signed with Gadsden State.

As 2021 comes to a close, there was no shortage of big games, events, and news throughout the year, with state championships won, the area attracting marquee events, and colleges making headlines both on and off the field.

It’s been a year to remember, and one that felt closer to normal after a 2020 where any sports we saw felt like a reprieve from the world around us.

Here’s a look back at some of the top local and state sports stories from this past year.

The start of Albertville’s athletics overhaul goes back to December of 2020 when the Aggies brought in Chip English as football coach, who officially started early in 2021.

Since then, the Aggies have seen former baseball coach Matthew Lambert take over as the high school’s athletic’s director, longtime basketball coach Patrick Harding was replaced by Dylan Bunnell, softball coach Andrew Kinney slid over to baseball, which then required a new softball coach.

The school also brought in new coaches in track and cross country. In less than a year, nearly the entire department is different than it was at this time last year.

From the moment Sand Mountain Park was opened, it promised to be a game-changer for the area and local sports. After hosting a few high school tournaments during the spring, the park ramped up its efforts in the second half of 2021, helping set the park up for big events in 2022.

First they snagged the AHSAA regional softball tournament, which will bring teams from seven classes to the park in April, and will limit travel for area programs who often had to go to Florence or Montgomery for regionals.

Then this past month, they announced a NCAA softball game between Alabama and Jacksonville State, with tickets selling out in less than an hour for the game.

As COVID hit hard last winter, Marshall County Schools made the difficult decision to not hold the annual Marshall County Basketball Tournament, one of the area’s longest running, and most-anticipated events each year.

The cancelation left teams in a bind to try and find opponents to fill that week-long gap, but did see some county teams play each other in one-off games.

The tournament returns to Snead State this year, with the title games set for the night of January 22.

While Fyffe has been long known for its prowess on the football field, and as a girl’s basketball power a while back, the boy’s basketball team hadn’t known those same heights.

That changed in March when the Red Devils rolled through the postseason and into Birmingham, reaching their first boy’s Final Four, and eventually capturing their first state title.

Football eventually stretched its winning-streak to a nation’s best 51 games, then the volleyball team made a trip to the state tournament and final four.

To say it was a successful year for Fyffe is an understatement.

To know why Boaz wanted an artificial turf surface goes back a couple years when a storm forced the moving of the Backyard Brawl game from Boaz to Albertville.

Fast forward to this spring, and the school board worked quickly to approve the new surface inside L.F. Corley Jr. Stadium, with construction hoping to begin after graduation.

That didn’t quite happen, as a late start to construction pushed into the early fall, forcing the Pirates to move the first couple of home football games to Jacksonsville State, before eventually opening the new field in front of a packed house against Fairview that included a ribbon cutting and fireworks.

The new field will see use year-round and really be put to the test this spring as it prepares to host a busy season for the Pirate boys and girls soccer teams.

While less heralded than other team sports, the Guntersville golf team this past spring put together one of the most dominant performances by any team, in any sport, in recent memory.

The Wildcats were first or second in nearly every tournament they entered, and only got stronger as the year went on.

They rolled to the county title by more than 40 shots, and easily captured regional and sub-state titles to earn a trip to the state tournament.

In less than ideal conditions, the Wildcats started strong to build a nearly 10-shot lead after the opening round, putting them in prime position heading to the second day.

The second day never happened, as rains flooded the course and wiped out the remainder of the tournament, giving the Wildcats the crown, their first since 2006.

Since that season ended, three members of the team, Paul Bruce, John Bruce, and Regan LeFeve, have gone on to sign college scholarships to continue their golf careers.

It’s been a wild year for Jacksonville State athletics and football.

They played an abbreviated spring season ahead of their move to a new conference during the fall season.

During the fall, the Gamecocks shocked the world and upset longtime power Florida State on a miracle Hail Mary as time expired.

Then before they had even played a game as members of the ASUN Conference, rumors swirled of their move to Conference USA and the FBS level of football. That news eventually proved to be true, with the Gamecocks possibly making the jump as soon as 2023.

And then if that wasn’t crazy enough, with two games to go in the season, former Albertville head coach and longtime Gamecocks head coach John Grass stepped down as head coach.

That led to a 5-6 season, their first losing year in more than a decade, and the eventual hire of former Power Five coach Rich Rodriguez less than a month ago.

That is a busy year for any team.

Alabama does it again

While there was uncertainty about if we would have a 2020 college football season it went as well as one could hope given the circumstances.

That season came to an end early in 2021 in the same way many of the seasons before had: With Alabama on top of the college football world.

The Tide crushed Ohio State in the title game to capture their 18th national title behind what might have been the most efficient offense in the history of the sport, led by Heisman winner Devonta Smith.

That showed on the first night of the NFL Draft as a huge number of Alabama players were taken in the first round.

Alabama will look to add No. 19 starting Saturday against Cincinnati in the College Football Playoff semifinals for a berth in the title game.

It’s been a heck of a year for sports both here in Sand Mountain and across Alabama, and I’ve been glad to be able to try and bring you as much coverage of it as I possibly could. Thanks for a great 2021, and looking forward to see what 2022 has in store.