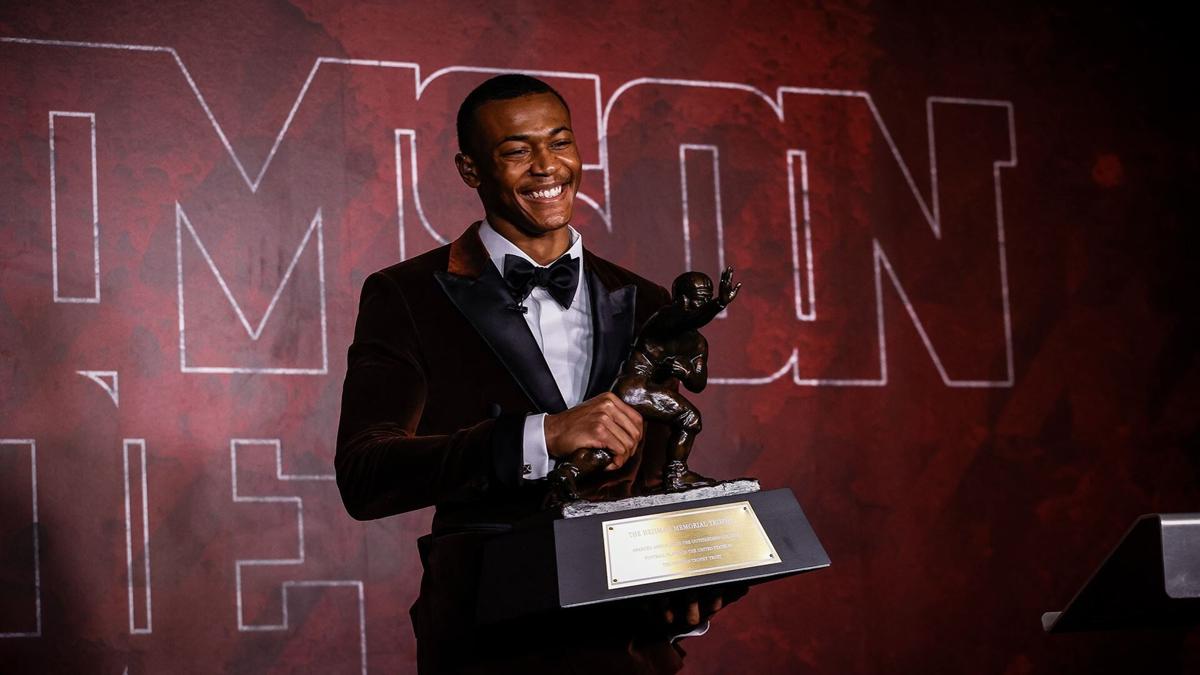 Alabama's DeVonta Smith was announced as the winner of the 86th Heisman Trophy, beating out Clemson's Trevor Lawrence, and teammate Mac Jones to become the third Alabama player to win the award. 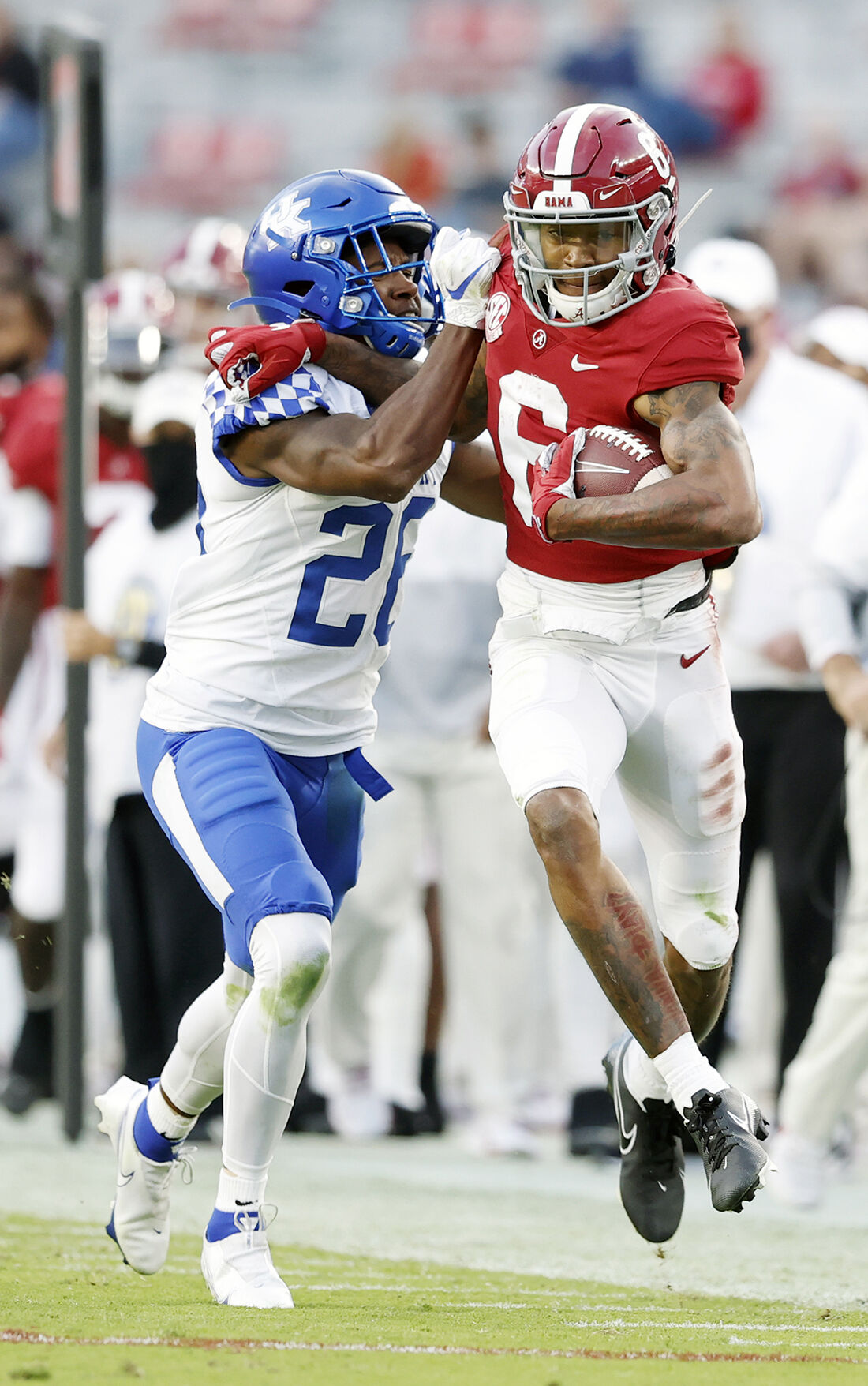 Alabama's DeVonta Smith was announced as the winner of the 86th Heisman Trophy, beating out Clemson's Trevor Lawrence, and teammate Mac Jones to become the third Alabama player to win the award.

Smith was awarded the trophy in a digital ceremony, which is normally held in New York, but was canceled this year due to COVID concerns.

"I want to thank Coach Saban for giving me the opportunity to come play at the University of Alabama," Smith said after receiving the award. "I thank Coach Wiggins, my receiver coach, just for helping me day in and day out, watching film, making me a better player. I thank my teammates. With team success comes individual success, so without y'all, I wouldn't be where I am today, winning this award.

Smith becomes the first wide receiver to win the Heisman since Michigan's Desmond Howard in 1991, and the third Alabama player to claim the award, joining running backs Mark Ingram (2009) and Derrick Henry (2015).

"It's a blessing," Smith said of joining other Tide Heisman winners. "Those guys set a standard, and I'm just excited that I got a chance to come here and try to play to that standard and set the standard for everybody else that's coming after me. It means a lot just to be one of the very few that play receiver that won the Heisman. That means a lot to me."

On Christmas Eve it was revealed that Alabama became just the second school ever to have three players finish in the Top-5 of the Heisman Trophy voting. Tide running back Najee Harris finished fifth in the voting, but was not a finalist for the award. The only other team to accomplish that feat came in 1946 when Army saw Glenn Davis, Doc Blanchard and Arnold Tucker finish in the Top-5.

Voting for the award concluded on December 21,not taking into account his seven catches for 130 yards and three touchdowns against Notre Dame in the Rose Bowl.

Including the Rose Bowl stats, Smith currently sits first in receptions (105), receiving yards (1,641), all-purpose yards (1,912) and receiving touchdowns (20), and will only add to those stats on Monday night when the Tide take on Ohio State in the College Football Playoff National Championship game.

In addition to those single season stats, Smith is within striking distance to break Amari Cooper's career receptions record at Alabama (228), the SEC single-season touchdown receptions record (tied with LSU's Ja'Marr Chase, 20) and Jordan Matthews' SEC career receiving yards record (3,759). Smith also has a chance to be be the first player with more than 20 receiving touchdowns in a season since Davante Adams hauled in 24 for Fresno State in 2013.