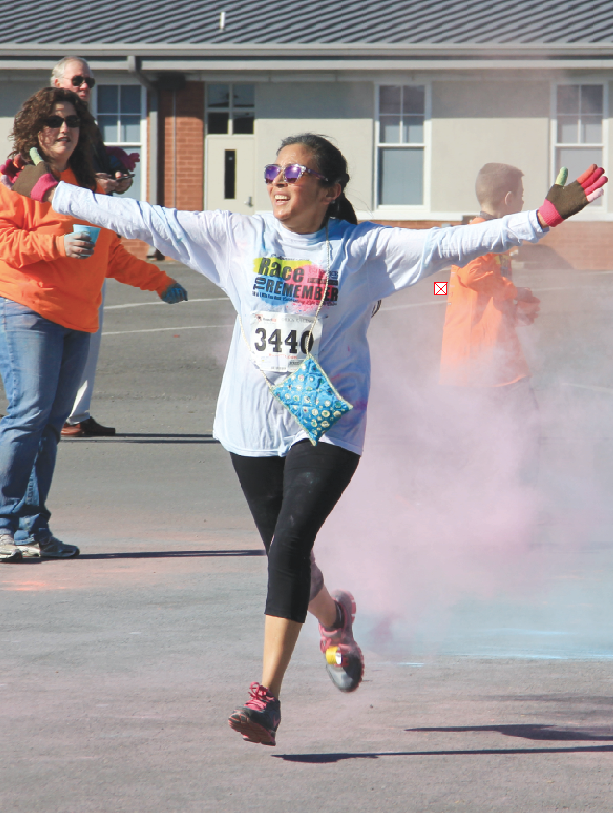 Asha Patel runs through a colorful cloud as she finished the Hospice of Marshall County Race to Remember Saturday at the Albertville High School campus. 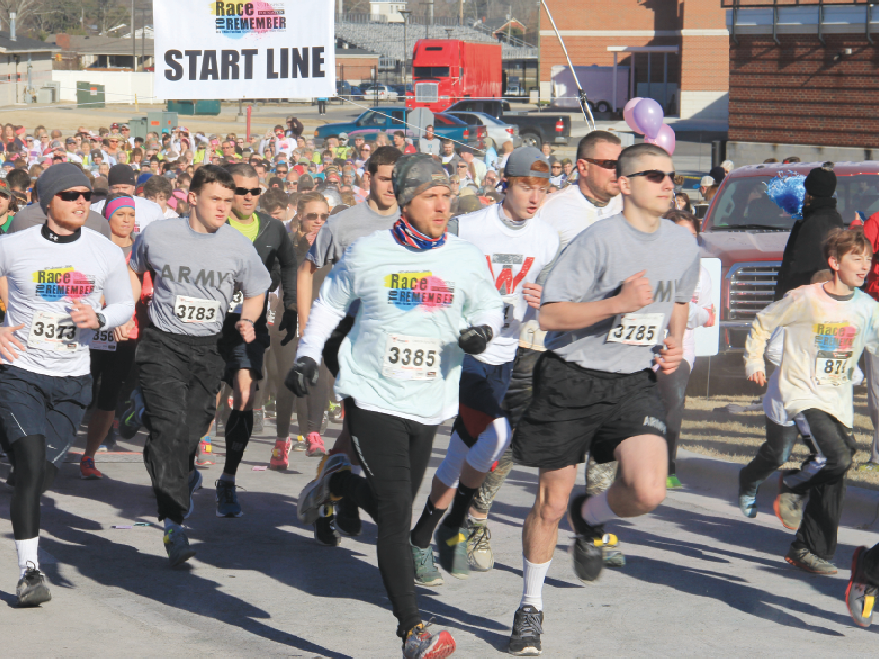 More than 1,000 runners lined up to take part in the annual 5K race.

Asha Patel runs through a colorful cloud as she finished the Hospice of Marshall County Race to Remember Saturday at the Albertville High School campus.

More than 1,000 runners lined up to take part in the annual 5K race.

HMC is a nonprofit provider of peace and comfort for the end-of-life journey.

For Morgan, the event was inspiring for a number of reasons, but especially when Boaz resident Barbara Abbott crossed the finish line. Abbott ran for Beulah Baptist Church’s Team Accepted in memory of her husband Frank, Morgan said. Last year, Abbott participated in her first 5K at the Race to Remember but fell early in her run, causing an injury that led to knee replacement surgery, Morgan said.

Abbott, who’s in her 70s, returned this year.

“She has had the most amazing attitude,” Morgan said. “She was the last finisher, and there were several people that gathered around to cheer her on and actually walked across the finish line with her. Just seeing her battle back and cross the finish line was so powerful and incredibly inspirational for me.“Of course, there were all kinds of great stories because people are participating in memory of their loved ones. They participate in this race to remember their mom, or dad, or sister or friend. It’s more than just a fun event, or well-supported 5K. It’s a celebration of their lives and a positive way to remember them. It is why we do it.”

This year’s Race to Remember started at Albertville High School and was the first-ever color run, an element that added more excitement to the event, Morgan said.

The top three male and female finishers with age, hometown and chip times in the 10th annual Hospice of Marshall County Race to Remember: