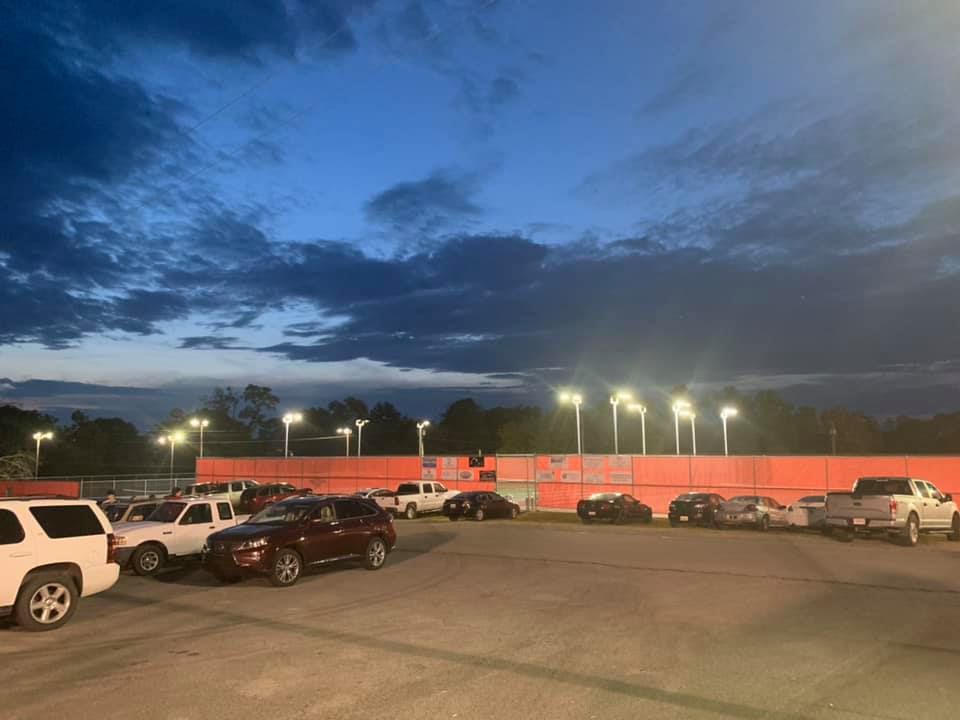 After handing out caps and gowns for graduation, Douglas High School lit up its entire campus, including athletic venues, to continue honoring its class of 2020. 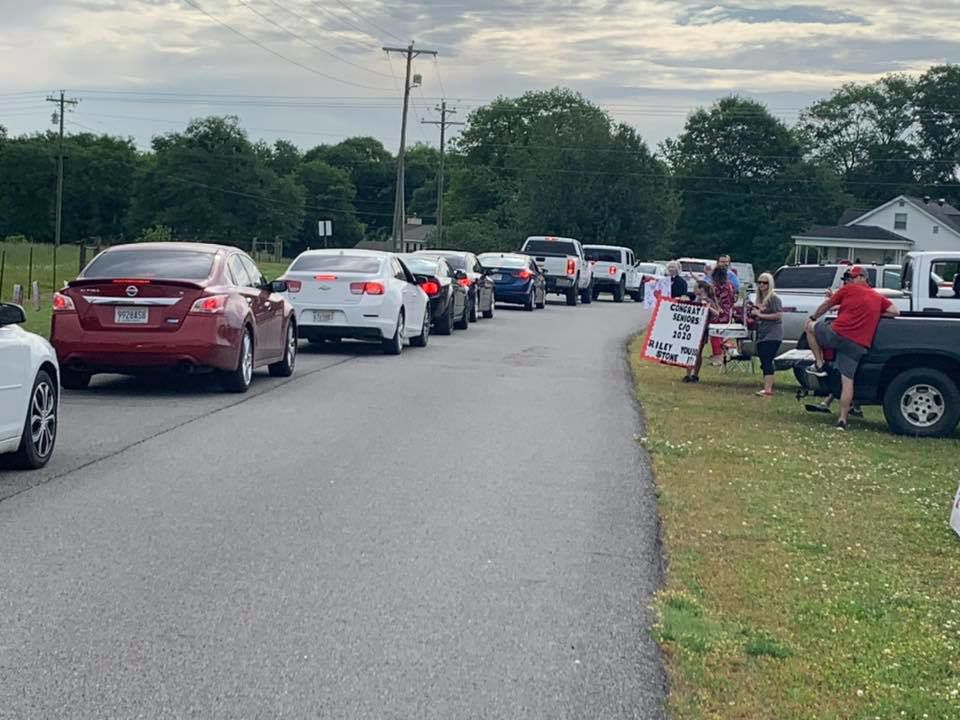 Douglas High School surprised its seniors Friday, May 15, with a celebration as they were given their caps and gowns ahead of graduation. Douglas’ graduation was postponed to July 24 due to the COVID-19 pandemic.

Teachers line up with signs to celebrate the Douglas High School Class of 2020 as they passed out caps and gowns for graduation.

When Douglas High School scheduled for seniors to pick up their caps and gowns Friday, May 15, Principal Patrick Smith and the faculty were inspired to make the most of it.

Rather than signaling a sad good-bye on a day that was originally slated to be their graduation day, Smith said the seniors were instead sent out with a surprise celebration.

“We had a parade of staff members campus-wide waiting to cheer them on when they arrived to pick up their caps and gowns,” Smith said. “One of the things I am most proud of is that our staff chipped in to buy all of our seniors a congratulatory yard sign as a way to show them how proud we are of them.”

Smith said he and the staff lined the campus with the signs so the seniors could see them as they drove by.

Later that evening, Smith said the school lit up its campus, including the football stadium, tennis courts and baseball and softball fields, to honor the Class of 2020.

“Friday was scheduled to be their graduation day, and we wanted to make the day as special as possible for our seniors,” he said.

Marshall County Schools Superintendent Cindy Wigley previously told The Reporter that details of how many tickets each family will be provided and venue capacity have not been finalized.