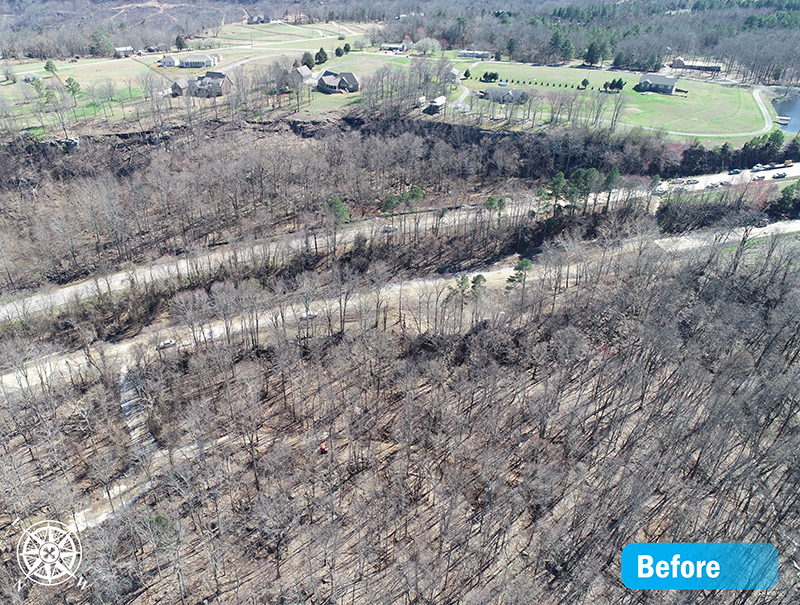 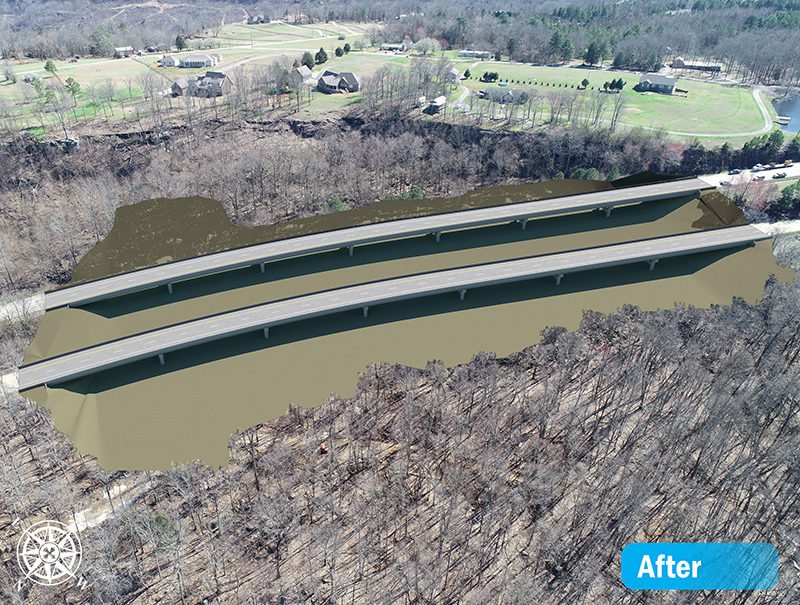 A rendering of what it would look like after ALDOT makes its repairs.

A rendering of what it would look like after ALDOT makes its repairs.

Repairing U.S. Highway 231 up and down Brindlee Mountain in Morgan County will consist of constructing two 1,000-foot bridges to replace the highway that washed away in February.

The bridges will be built on bedrock, meaning the worry of slides that took out the four lanes last month should be a thing of the past.

The repairs are expected to take up to a year, but could take less time with the Alabama Department of Transportation adding incentives for the contractor to finish early.

The project is expected to cost around $18 million.

"These bridges, in essence, will be 1,000 feet long, tie right back into the same grade and same roadway that was there before," Vincent said.

For the next two months, crew will remove about 25 feet of dirt, rock and other material where the bridges will be built.

Vincent said the bridges are the best option because they come with the least impact to the mountain, bring the highest value of safety, can be built faster and are less expensive.

There will be no blasting on the mountain.