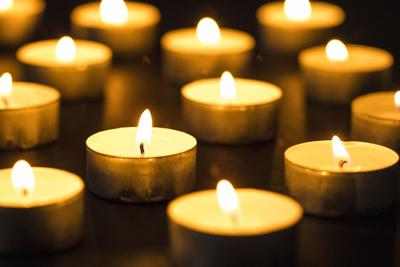 Her funeral service will be at 2 p.m. Sunday, September 5, 2021, at Albertville Memorial Chapel. Rev. Rick Beam will officiate the service.  Visitation will be from 1 until 2 before the service. Burial will follow on Tuesday, September 7, 2021 at Memory Hill Cemetery.

The family has requested in lieu of flowers, donations be made to the family.

She is survived by her daughter, Carmen Wheeler Snyder (Garrett), of California; brothers, Richard N. Lowden, of Albertville, John A. Lowden, of Glen Allen, Virginia, and Terry L. Lowden, of Alder Springs; and her sisters, Margaret Koontz, of Welaka, Florida, and Mary Julia “Julie” Laney, of Beaufort, South Carolina.

She is survived by her children, Tony Dean (Tonya), Max A. Dean, and Janice Dean Isbell; six grandchildren; seven great grandchildren; and several nieces and nephews.

No services are planned. Etowah Memorial Chapel assisted the family.

He is survived by sons, Randy Douglas and Dylan Douglas; a granddaughter; sister, Pat Dalrymple; aunt, Joann Wrenn; and several nieces and nephews.

The family has chosen cremation; a private service will be planned at a later time. Albertville Memorial Chapel assisted the family.

She is survived by her children, Barbara McManimen, Alan Callison and Steven Callison; 12 grandchildren; 16 great-grandchildren; and her brothers and sisters.

Her funeral service will be at 3 p.m. Saturday, September 4, 2021, at Albertville Memorial Chapel. Burial will follow at Snead Memorial Gardens.  Bro. Harry Whitt and Bro. Kenny Gilbreath will officiate the service.

There is no service planned at this time.

His funeral service will be at 3 p.m. Friday, September 4, 2021 at Albertville Memorial Chapel. Burial will follow at Mt. Flat Cemetery. Bro. Lonnie Craft will officiate the service.   Pallbearers will be Eric Russell, Cory Davis, Carl Freiman, Chance Freiman, Austin Miller and Matt Taylor. Honorary Pallbearer will be Noah Blair. Visitation will be from 2 until 3 before the service.