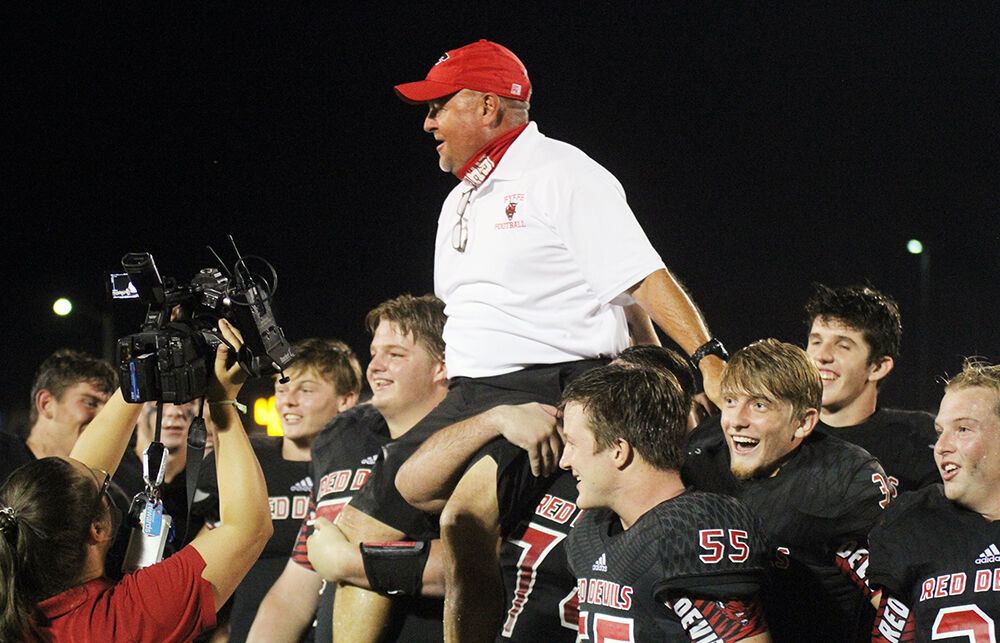 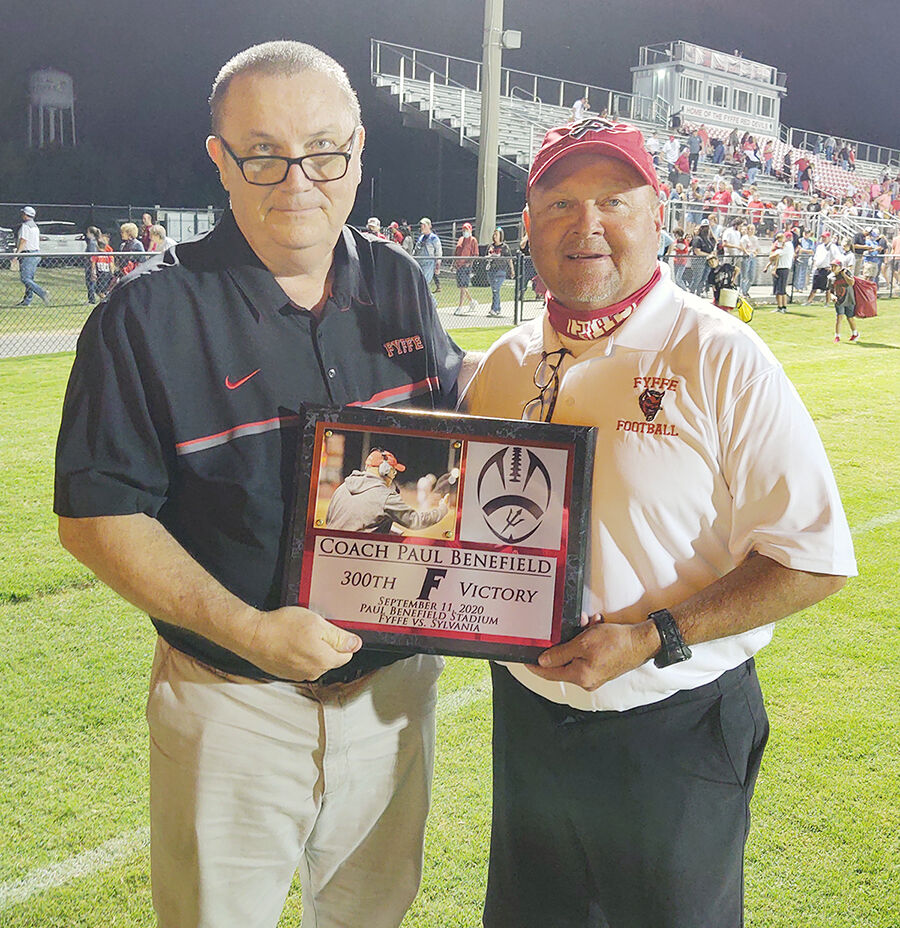 Longtime Fyffe statistician Harold Bouldin presents a plaque to Fyffe head football coach Paul Benefield following his 300th win on Sept. 11. Benefield is 300-53 in his 29-year career, with 255 of his wins coming at Fyffe, his alma mater.

Longtime Fyffe statistician Harold Bouldin presents a plaque to Fyffe head football coach Paul Benefield following his 300th win on Sept. 11. Benefield is 300-53 in his 29-year career, with 255 of his wins coming at Fyffe, his alma mater.

FYFFE — Fyffe head coach Paul Benefield and his team grabbed the AHSAA Football Spotlight for week three of the 2020 football season following a 49-20 whipping of Sylvania on Sept. 11 that earned the legendary head coach his 300th win.

“It just feels great knowing he accomplished this, and it feels good for all the ones who played before us that we get to accomplish this for them,” Fyffe senior Malichi Mize said.

Benefield joins an elite class of 300 winners in the AHSAA. He becomes the fifth coach to win 300 games all in the AHSAA. The 300-club currently includes Buddy Anderson of Vestavia Hills, Terry Curtis of UMS-Wright, Danny Horn of Central-Clay, Jamie Riggs of Houston Academy, Waldon Tucker of Fayette County, Glenn Daniel of Luverne and Fred Yancey of Briarwood Christian. All but Daniel and Yancey are still coaching.

Tucker collected 25 of his 310 wins outside the AHSAA, and Yancey posted 41 of his 319 victories at schools in other states.

“I told Coach Putman I didn’t plan this,” Benefield said. “We draw out the schedules from a hat. It’s the way it worked out.

“Coach does a good job. I’m proud of him as one of my kids that I watch the score for every Friday night, and I hope for him the best from here on out. I’ll be for him all the time besides when he plays us.”

Eli Benefield is a Fyffe senior linebacker and the youngest of the coach’s three sons. He contributed four solo tackles and two assists in his father’s historic victory.

“It’s crazy,” Eli Benefield said. “I’d never thought it would’ve been during this game, but I guess it was. It worked out perfect for my senior year. I just can’t put it into words. It’s awesome.”