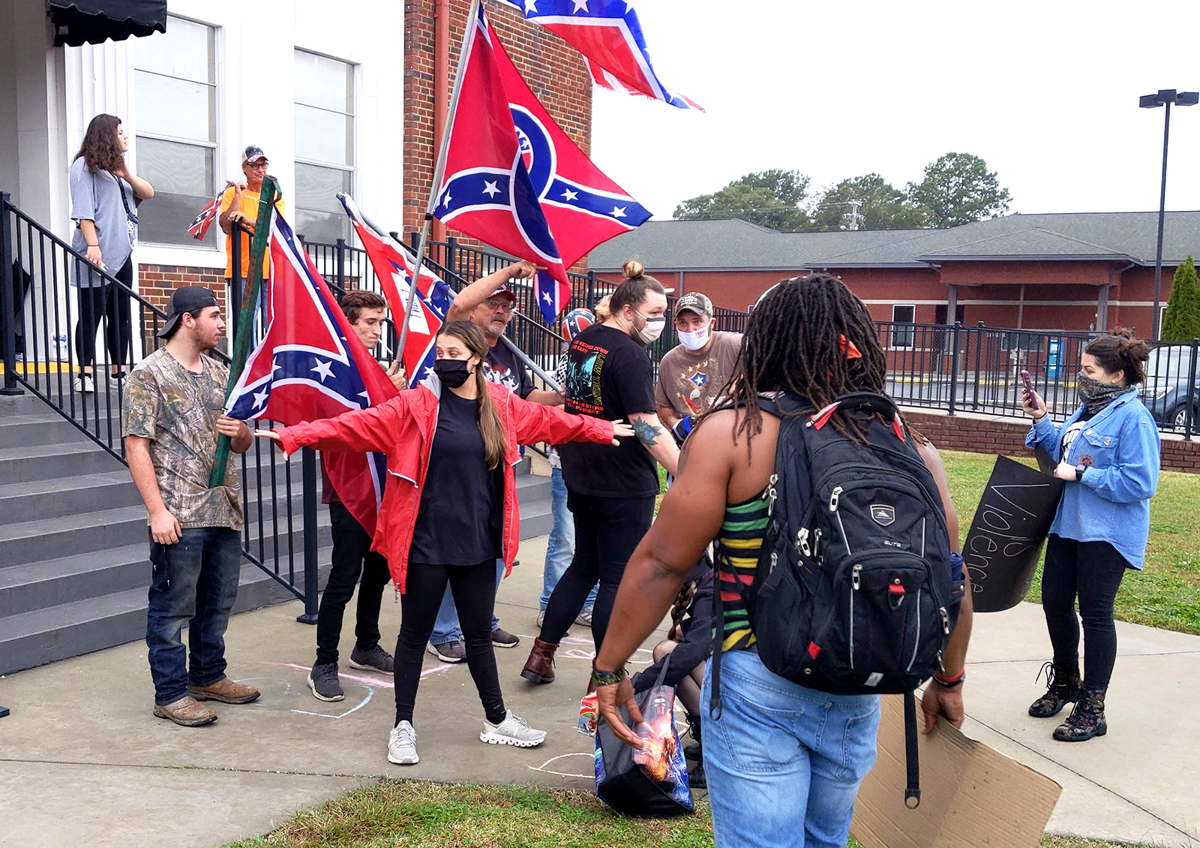 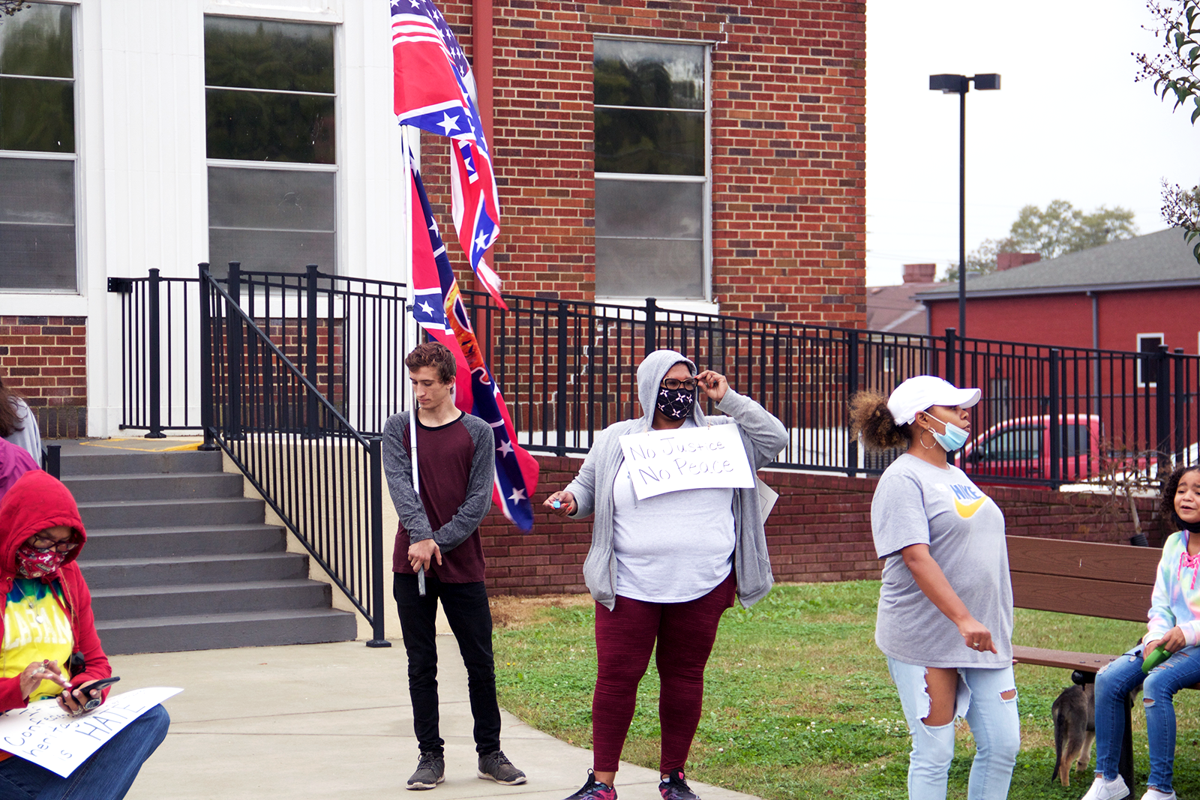 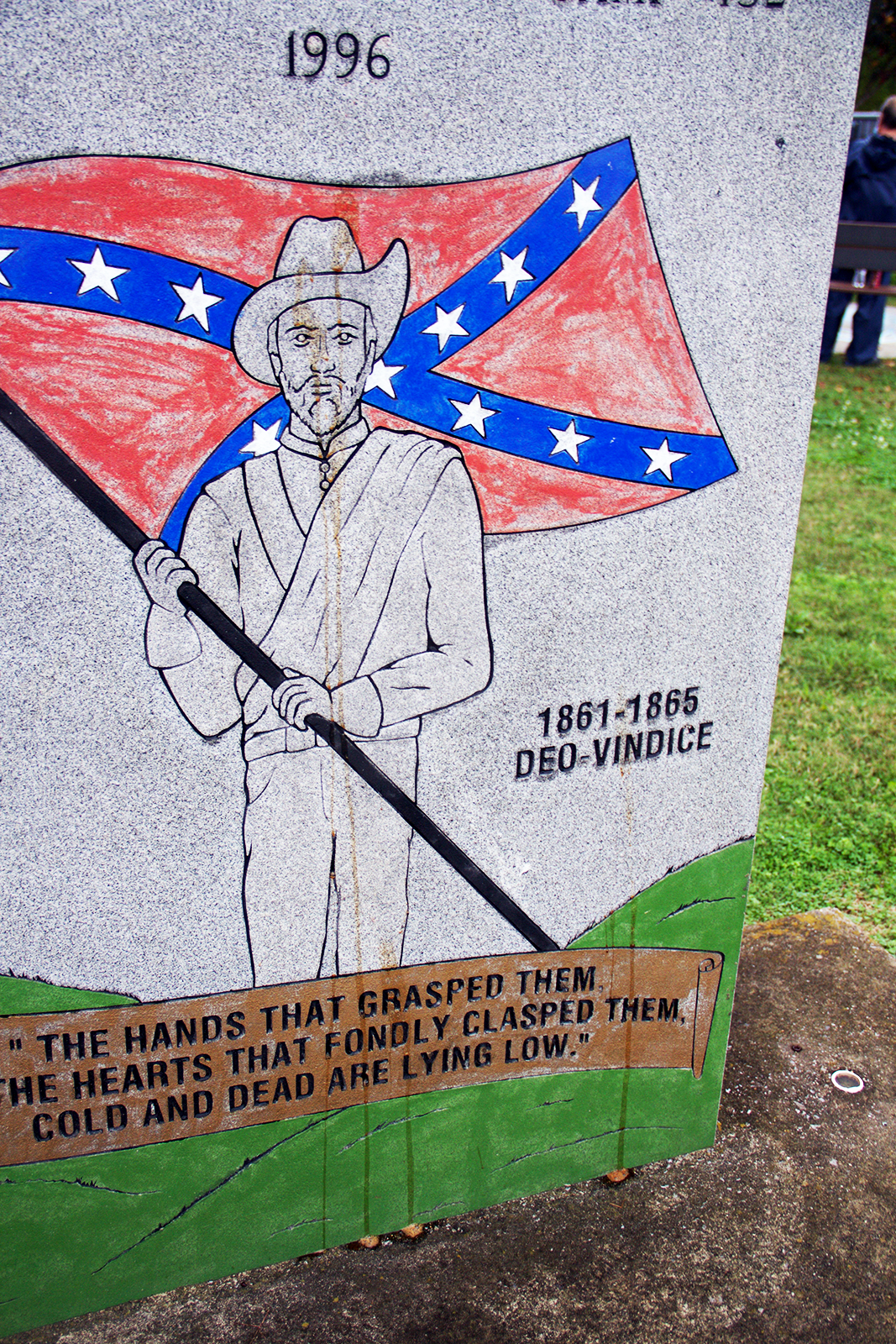 Protesters gathered in front of the Marshall County Courthouse in Albertville on Wednesday over the issue of Confederate icons located there. Groups for and against the monument's removal have been gathering at the courthouse since early August.

The Reporter | Daniel Taylor
1 of 3

Two people filed charges Wednesday following an incident that occurred at a sit-in demonstration in the lower level of the Marshall County Courthouse in Guntersville.

Several members with Say Their Names Alabama gathered at Neena's Grill to call for the removal of a Confederate monument from in front of the courthouse in Albertville and voice their displeasure with the Marshall County Commission’s refusal to address the issue.

As Unique Dunston led the group in protest chants and recorded the event on her phone, a woman approached her and attempted to knock the phone out of her hand. In a video posted to Facebook by Dunston, the woman can be seen attempting to knock the phone away from videoing her.

Dunston identified the woman as Rhonda McCoy, Administrative Assistant to the Commission Chairman.

“[McCoy] got upset that we were protesting and that I was recording everybody,” Dunston said. “She came over to me and started jerking on my hand and the phone trying to get the phone away from me.”

Dunston said she filed a report with the Marshall County Sheriff’s Office and would be pursuing charges against McCoy.

However, McCoy filed a report of her own against Dunston, according to Guntersville Police Chief James Peterson. The chief said his department would have no part in any investigative work regarding the incident, and the two reportees would have to decide whether or not to formally press harassment or other charges, he said.

The Reporter reached out to McCoy, but she declined to comment on the issue for now.

Later Wednesday, protesters gathered on the front lawn of the Marshall County Courthouse in Albertville for the sixth time since August to protest the monument and flag there. The usual group of counter protesters was there to voice their support for the monument remaining on site. Many blew air horns and waved Confederate flags. Both groups wrote in chalk on the sidewalk in front of the courthouse.

Say Their Names Alabama switched things up by leaving the courthouse midway through the evening to protest at Marshall County District Four Commissioner Joey Baker’s house in Albertville. Led by Dunston, the group marched up and down the road in front of Baker’s house chanting protest slogans calling for the monument to be removed.

Dunston has had dealings with Baker in the past. In late September, Baker asked Dunston to lunch to discuss the monument issue. At that time, Dunston said he told her there weren’t enough on the commission in favor of its removal if they were to take a vote.

Since then, Dunston has been calling out Baker and other commissioners on social media and has been directing people to call, email and write letters asking them to take action.