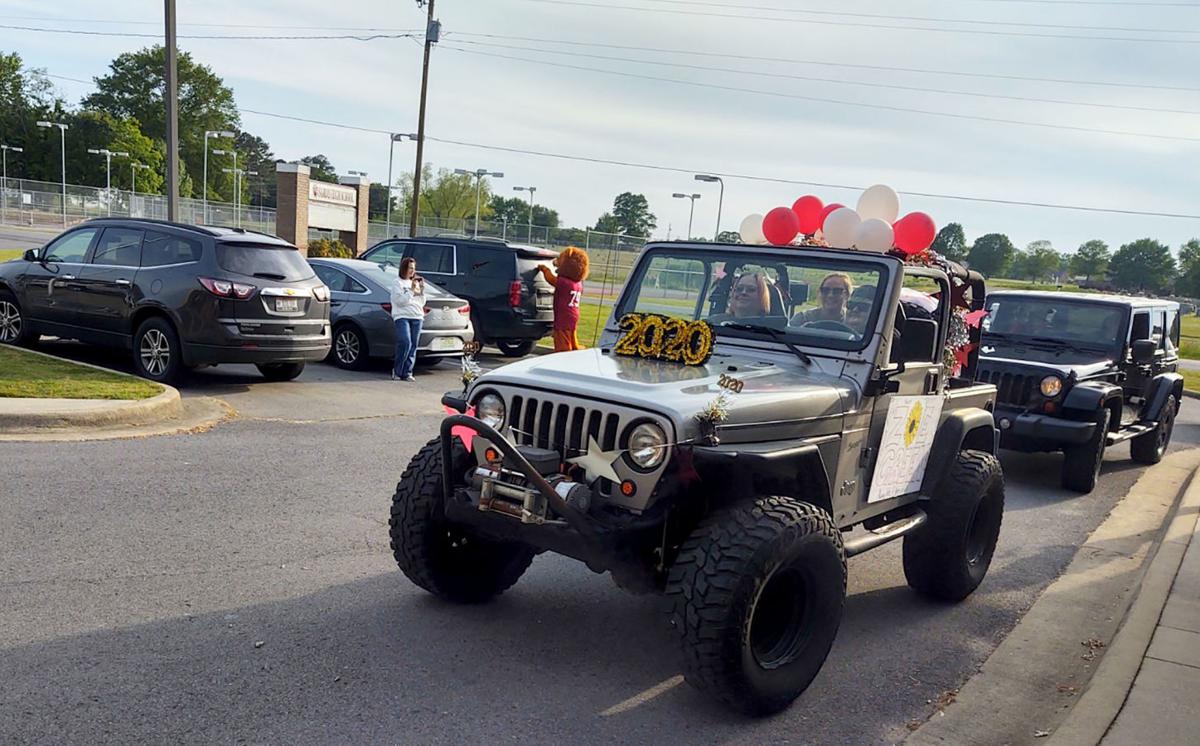 Sardis High School hosted a parade to honor its graduating seniors. The school’s graduation ceremony will be held on its original date, May 21, at 6 p.m. at Sardis Stadium. 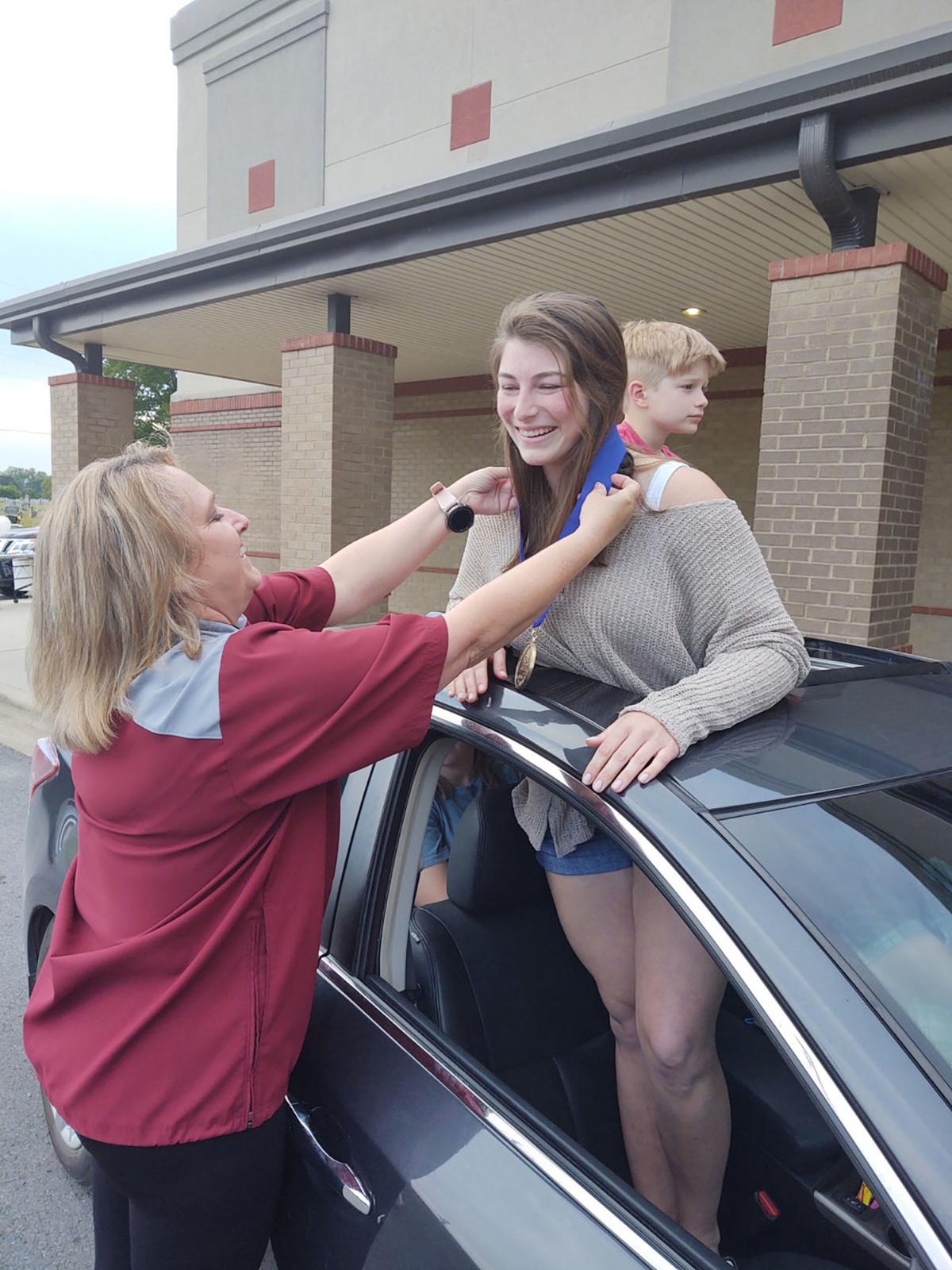 Sadie Ross (right) was named valedictorian for the Sardis High School Class of 2020. She received her medallion during the parade from Principal Wendy Gibbs.

Sardis High School hosted a parade to honor its graduating seniors. The school’s graduation ceremony will be held on its original date, May 21, at 6 p.m. at Sardis Stadium.

Sadie Ross (right) was named valedictorian for the Sardis High School Class of 2020. She received her medallion during the parade from Principal Wendy Gibbs.

SARDIS CITY — What’s believed to be the largest senior class in Sardis High School history at 139 members learned Monday it would graduate on its original date of May 21 at 6 p.m. at Sardis Stadium.

Wednesday night, the school’s administration and faculty honored the class of 2020 with a parade that wound its way through campus. The final stops were at the school’s main entrance, where seniors received their awards from Assistant Principal Zach Wallace and their caps and gowns from senior sponsor Jennifer Monroe.

Seniors were required to drive themselves or ride with family members during the event, and they weren’t allowed to get out of their cars.

“We started brainstorming, and Mrs. [Tara] Wardrup, and Mrs. Monroe and Mrs. [Kendall] Tankersley came up with this idea,” SHS Principal Wendy Gibbs said. “We’re trying to make the best of a bad situation.”

The coronavirus pandemic forced the cancellation of on-campus classes in the Etowah County School System beginning March 17, which cost seniors memorable events like their prom and awards day.

“They told us on a Wednesday to start thinking about what we would do if we had to do classes online,” Gibbs said. “Then they told us on Friday [March 13] that we’d be out the next Wednesday [March 18], and then we get the word that Monday [March 16], that’s it.

“Teachers have done an amazing job getting everything ready, trying to make sure the seniors have the most memorable experience that they can have, all at the same time doing their online classes.”

Monroe said the parade provided a fun way to celebrate the class of 2020.

“We didn’t know we were going to have a graduation,” Monroe said. “We thought it was going to be maybe sometime closer to the start of the new school year, so we wanted to do something to celebrate the kids, because this is such a phenomenal class. We love them.”

Sardis senior Braxton Brooks drove in the parade, accompanied by his father, Eric. He enjoyed the parade.

“I thought it was great what they did,” Brooks said. “None of us have seen each other in a while, and we all miss the teachers. It was just a good thing to do.”

Brooks played basketball and baseball for the Lions. He plans to attend Snead State in the fall and later transfer to Auburn.

Gibbs said the school would follow all social distancing guidelines at graduation. Each senior will receive six tickets.

“We’re setting up pods of six on both sides of the bleachers so family members can sit together,” Gibbs said. “In between each pod there will be six feet on all four sides.

“The seniors will be on the field, and then there will be six feet on all four sides around them. We’ll actually have some seating behind the seniors.

“The smartest thing I’ve ever done is hire an assistant principal who is a math major. Coach Wallace spent a long time plotting it out and measuring everything on the field, getting the stadium capacity and making sure we could do it, because we had to determine how many tickets we could give each senior.”