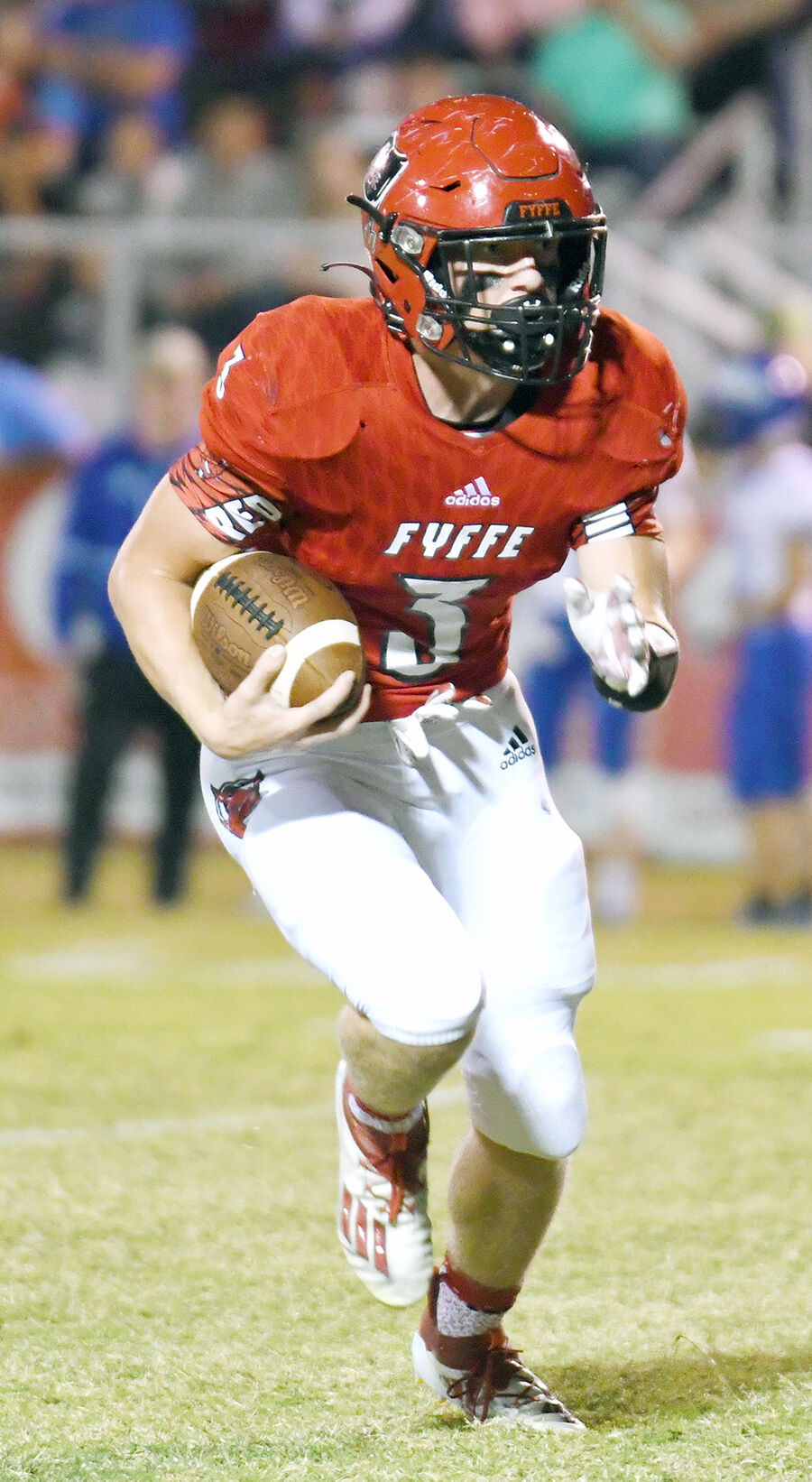 In his first start at quarterback, Hunter Gillilan led unbeaten and Class 3A, No. 1 Fyffe to a rout of unbeaten and 2A, No. 7 North Sand Mountain. The Red Devils knocked off an undefeated opponent for the third week in a row. 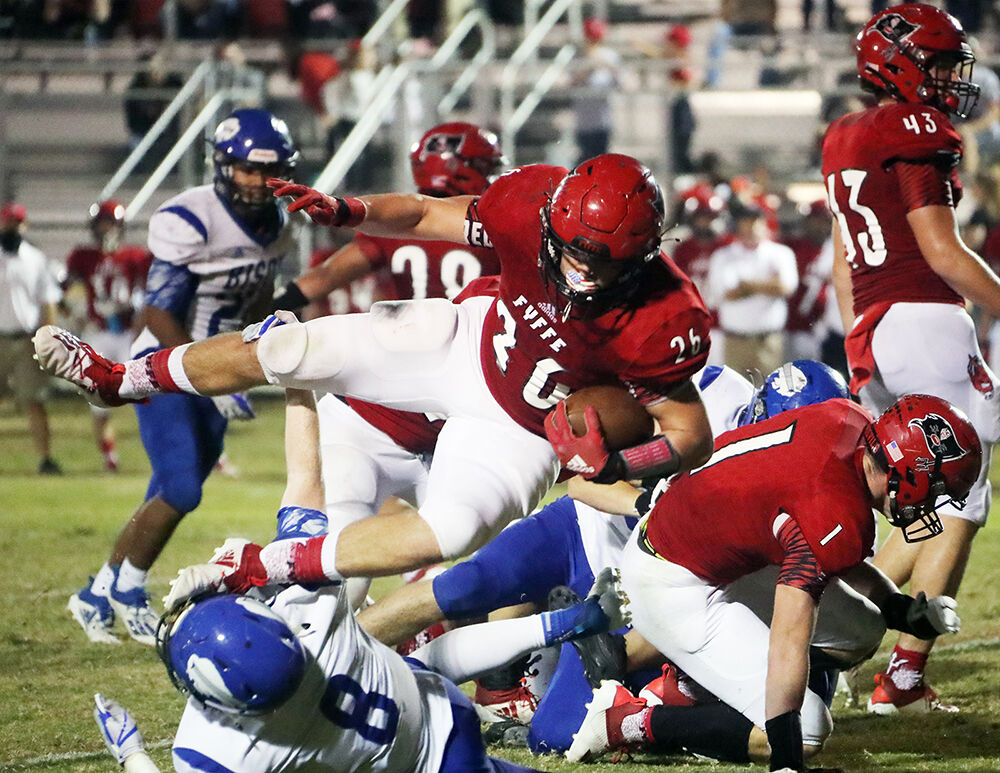 In his first start at quarterback, Hunter Gillilan led unbeaten and Class 3A, No. 1 Fyffe to a rout of unbeaten and 2A, No. 7 North Sand Mountain. The Red Devils knocked off an undefeated opponent for the third week in a row.

FYFFE — Fyffe senior Hunter Gillilan had never taken a snap at quarterback until Monday’s practice session. Chances are it would be difficult to convince North Sand Mountain of that following Gillilan’s performance in Thursday night’s non-region game.

Gillilan rushed for three touchdowns and passed for another in leading a Fyffe offense that rolled up 349 yards in a 55-0 smashing of the unbeaten Bison.

Gillilan stepped in at quarterback for classmate Ike Rowell, one of three Red Devil starters who missed the game due to injuries.

The Red Devils, who played their first game as the No. 1 team in the Class 3A poll, improved to 7-0. They’ve won 37 consecutive games, 44 in a row at Paul Benefield Stadium/Ridgeway-Long Field and 55 straight in the regular season.

Class 2A, No. 7 North Sand Mountain, a former region opponent of Fyffe’s, slipped to 6-1.

Gillilan’s first pass was a 17-yard touchdown to Brody Dalton with 4:13 left in the first quarter. Dalton’s extra point made it 7-0.

The Red Devils turned the game into a blowout by exploding for 28 second-quarter points.

Gillilan finished off Fyffe’s huge second quarter with a 2-yard run at the 12-second mark. Dalton’s fourth extra point of the period made it 35-0 at intermission.

Dukes dashed 6 yards for a touchdown with 8:10 left in the third quarter, and Brodie Hicks scored on a 17-yard run with 6:33 to go. Jahir Balcazar’s point-after increased Fyffe’s lead to 49-0.

On Oct. 16, the Red Devils play host to rival Geraldine in a 3A, Region 7 battle.