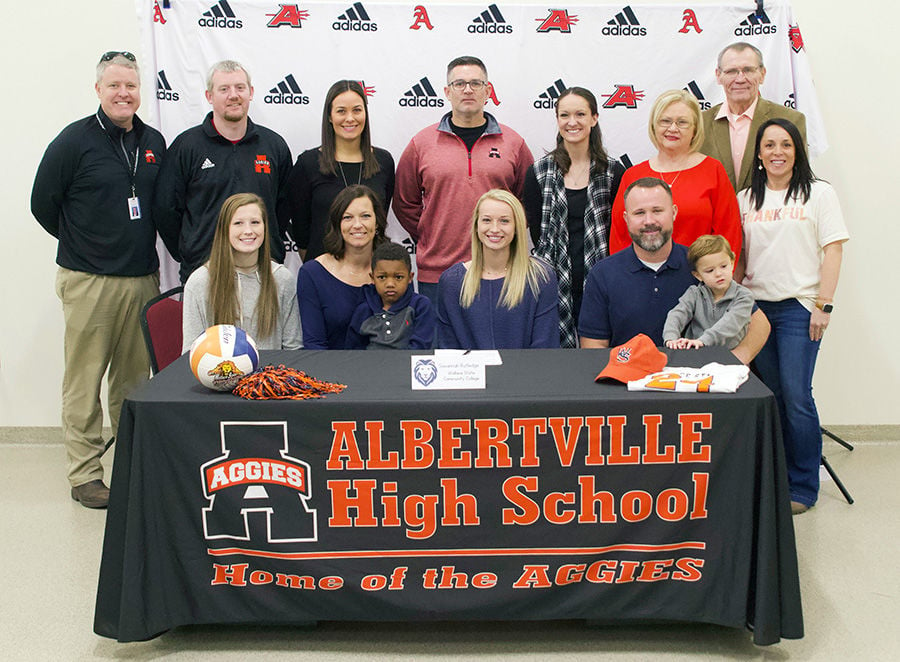 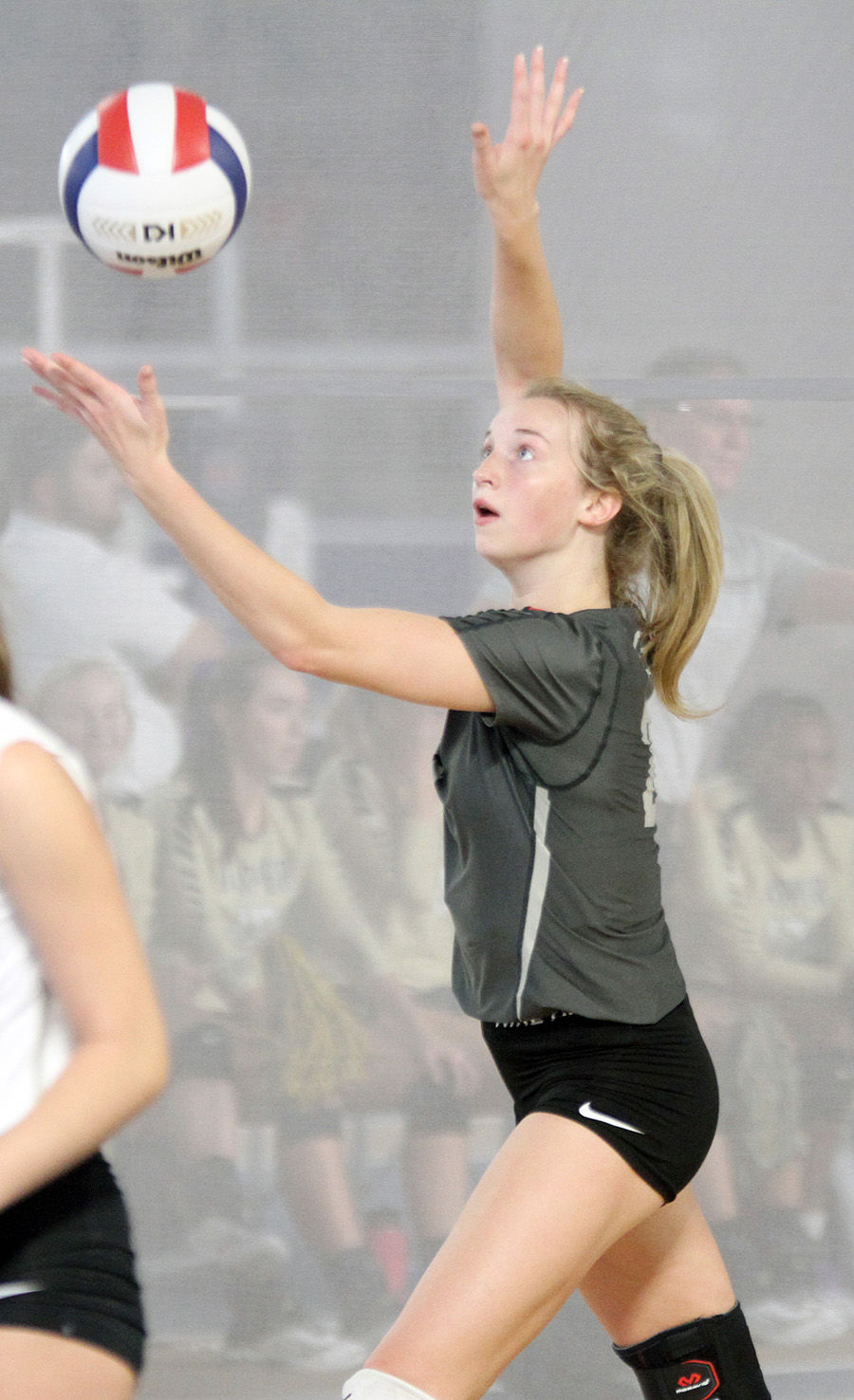 Albertville’s Savannah Rutledge serves during her team’s match against Hazel Green in the Class 6A Final Four. Rutledge had 178 kills, 748 assists, 96 aces, 73 blocks and 62 digs in 2019.

Albertville’s Savannah Rutledge serves during her team’s match against Hazel Green in the Class 6A Final Four. Rutledge had 178 kills, 748 assists, 96 aces, 73 blocks and 62 digs in 2019.

Albertville senior Savannah Rutledge excels in basketball and volleyball and could play either sport in college.

She earned three varsity letters for the Aggie volleyball team and is earning her fourth varsity letter in basketball, helping the Aggies jump to a 5-0 start this season.

“My Mom [Lindsey Rutledge] always played, so she basically got me into volleyball and basketball both,” Rutledge said.

“Probably the last three years, I’ve just really started working on trying to get a scholarship with volleyball. It’s been my focus.”

Rutledge’s efforts paid off Nov. 15, as she signed to play for Wallace State in Hanceville during a ceremony in the AHS South Hall.

Daniel recruited Rutledge to play setter and right-side hitter. She expects to contribute as a freshman.

“I feel like I’ll be setting most of the time, but I think if he needs me to hit, then he’ll put me in to hit,” Rutledge said.

“All the girls work so good together at Wallace, and the way Coach Daniel coaches, he’s so good with them.”

As a senior, she led the Aggies to the AHSAA Final Four, the first time the program has advanced there under the current state tournament format.

She played for head coach Cristy West as a sophomore and junior. Lydia O’Donnell succeeded West as head coach following her retirement.

“Coach West was such a good coach for us, but Coach O’Donnell coming in was just so good, because she was more on like the togetherness side,” Rutledge said. “We’ve got to play together if we’re going to work it out. She was really good for us this year.”

“I am incredibly proud of Savannah and all she has accomplished this season and throughout her volleyball career,” O’Donnell said.

“Having the opportunity to play at the next level is a direct result of the hard work that she puts in every day. Wallace State is extremely lucky to be getting a player with such a great work ethic on and off the court.

“She has always been a leader in our program, and I have no doubt that she will continue to show that leadership at Wallace State.

“It has been a huge blessing for me to have played a small part in Savannah’s journey as her coach this season, and I can’t wait to see her succeed next year.”