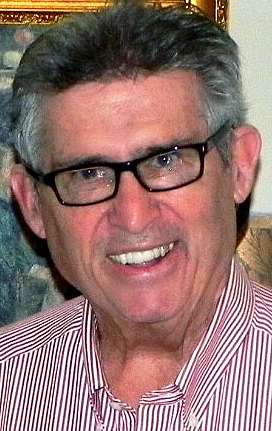 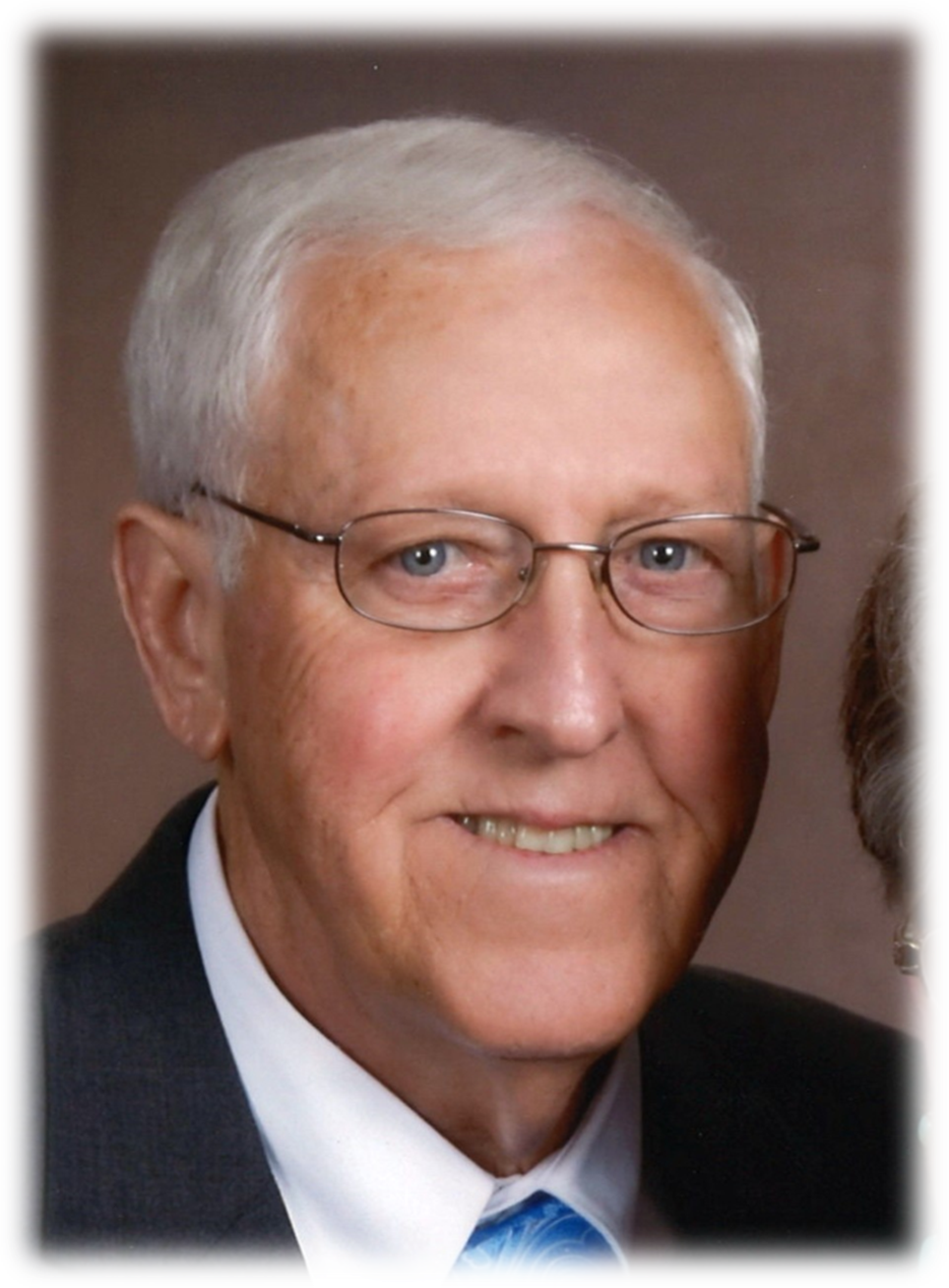 Editor's note: due to a printing issue with Wednesday's edition of The Reporter, some obituaries have been republished.

He was born and raised in his hometown of Boaz, where he started out delivering groceries for his parent’s grocery store, Bruce and Castleberry.  The story is that he could barely see to drive over the pickup truck’s steering wheel because he began delivering when he was only 10 years old.  He played on every sports team possible growing up and was an avid Alabama football fan.  He never missed watching a game…EVER.  He graduated from Boaz High School in 1960 and started college at University of Alabama where he pledged Alpha Tau Omega Fraternity and continued with those friendships throughout his life.  He finished his business degree at Livingston College where he met Linda, his wife of 57 years.  They raised their family in Boaz where he worked many years in the Mobile Home Industry.  Golfing had always been something he enjoyed as well and he appreciated time spent with his buddies on the course.

Unfortunately, in 1997 he suffered a sudden brain injury and his wife retired early to care for him.  They decided to move to Gulf Shores, Alabama where they lived until 2016 and enjoyed a very fun-filled life with many new friends as well as old that came to vacation at the beach.  Everyone that knew him loved him.  His quick wit and flair for telling a funny story are remembered by so many.  Even though he was dealt a lot of health issues he never complained at all and had retained his vibrant and funny personality.  His ability to make others smile and getting to know all about them was something he loved to do.  Chances are he knew exactly where they were from as well as their relatives too.  Simply put he never forgot a face, never knew a stranger and was loved by all who knew him.

A family graveside service will be held at Hillcrest Cemetery in Boaz on December 17, 2020.  Due to the current Pandemic, a future “Celebration of Life Memorial” will be held in 2021 at McRae Funeral Home in Boaz at a safer time and will be announced once an appropriate time is determined.

Services were held on Monday, Dec.14, at 11 a.m in the McRae Chapel with Bro. Joey Croft officiating. Visitation was on Sunday evening from 6 until 8 p.m. at the funeral home.

On Sunday, Dec. 13, 2020, William Clellan Hefner passed away from his earthly home into the loving hands of his Lord and Savior at the age of 81. Clellan was born on Sept. 7, 1939, to Alvin William Hefner and Charlotte Tyrone Posey Hefner in Boaz. He lived his entire life in the Union Community area of Boaz. As a child, he attended Beulah School, Center Point in the Aroney Community and later years at Boaz and Crossville schools. As a young man, he worked for local car dealers hauling cars from Chicago to Marshall County. Clellan worked various jobs to help support his family. At the age of 20 he began working for the McElrath Poultry Processing Plant in Albertville. In 1959 he met the love of his life, Nancy Putman, and they married April 16, 1960. Together they shared 60 wonderful years of marriage. They were blessed with three children, son, William Keith Hefner (Pam) of Huntsville; daughters, Sheila Hefner Duvall (Terry) and Patricia Hefner Martinez (Bob), both of Boaz, to which he left a lasting legacy and a lifetime of wonderful memories.

In 1963 he began his career with the U.S. Government at the Anniston Army Depot. Clellan worked there until 1969 and then transferred to the Boaz Post Office. He later served as the Postmaster at Geraldine Post Office and then finished his career at Boaz until his retirement in 2000. In all things great and small Clellan took great pride, in which his accomplishments reflected that. After his retirement, he enjoyed raising cattle, mowing lawns, gardening, performing handy-man work, and traveling. He was blessed to have visited all 48 of the mainland states. However, his favorite activity was spending time with his wife, children, grandchildren and great-grandchildren.

Clellan was a member of several organizations including the Boaz Masonic Lodge, where he received his 50-year pin and served in various leadership roles. He was also a member of the Scottish Rites, Boaz Oddfellows and was a Boy’s Scoutmaster. But his greatest role in service was that of an ordained deacon. He was ordained in 1981 and was an active member of Sardis Baptist Church.

In addition to his parents, he is preceded in death by his granddaughter, Kelsey Nicole Hefner; brothers, Melvin Ray and Coys Wayne Hefner; and his mother and father-in-law, Rev. W. Henry Putman and Lillian Nabors Putman.

Visitation will be at McRae Funeral Home on Wednesday, Dec. 16, 2020, at 11:30 a.m. until the time of the funeral service at 2 p.m. with Rev. Mike Goforth, Bro. Doyce Putman and Bro. Dewey Champion officiating. Interment will follow at the Union Cemetery. Pallbearers will be the deacons of Sardis Baptist Church. Music will be provided by Sardis Baptist Church Men’s Quartet with accompanist Mrs. Donna Goforth. The family requests adherence to the current health restrictions of masks and social distancing. Please save your hugs and handshakes for healthier and happier times.

A special thanks to Dr. Alan Calhoun, Dr. Jenna Carpenter, Dr. Evan Johnson and the I.C.U. nurses at Marshall Medical Center South for their exceptional care.

Graveside services were held on Friday, Dec. 18, at 1 p.m. in the Beulah Cemetery with Shannon Pullen officiating. Visitation was held on Friday from 11:30 a.m. until 12:30 p.m. at the funeral home. The family requests adherence to the current health restrictions of masks and social distancing. Please save your hugs and handshakes for healthier and happier times.

Ms. Helton was born on June 19, 1944, to Elton and Annie Martin Hulsey. She was retired from Goodyear.

Graveside Service will be held on Saturday, Dec. 19, at 11 a.m. in the Union Cemetery with Bro. Doyce Putman officiating. Visitation will be on Friday evening from 6 until 8 p.m. at the funeral home. The family requests adherence to the current health restrictions of masks and social distancing. Please save your hugs and handshakes for healthier and happier times.

Thomas is survived by his son, Chad and Tinker Thomas; daughter, Tracie and Stephen Bachman, of Florida; four grandchildren; one great-granddaughter.

In lieu of flowers donations may be made to his family.

Craig Davidson, age 50, of Albertville passed away recently at his home.

There will be a graveside service at 2 p.m. Sunday, December 20, 2020 at New Clear Creek Cemetery. Bro. Mark Adams will officiate the service. Pallbearers will be family and friends.

He is survived by a daughter, Blakeley Davidson, parents, Dalmus and Carla Davidson and sister, Wendy Davidson.

Visitation will be from 10 until 11 before the service.

His funeral service will be at 11 a.m. Friday, December 18, 2020 at Etowah Memorial Chapel. Burial will follow at Smith Chapel Cemetery. Rev. Joey Gregorn and Rev. Fred Nichols will officiate. Pallbearers will be David Ramey, Christopher Ramey, Colby Ramey, Darrek  Larkin, Kevin Beaver and Taylor Dean.  Visitation will be from 10 until 11 before the service.