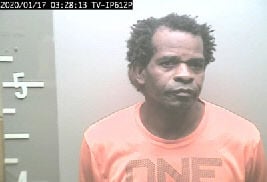 Van Christopher Havis, 53, of Guntersville, is facing bestiality and sodomy charges in connection to a video shared on Facebook Messenger and through texting. 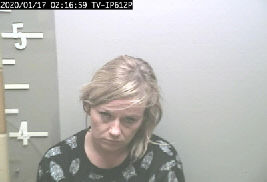 Holly Renae Debord, 36, of Albertville, is facing bestiality and sodomy charges in connection to a video shared on Facebook Messenger and through texting.

In what he referred to as a “particularly disturbing,” “horrific” case, Marshall County Sheriff Phil Sims held a press conference to announce that an Albertville woman and a Guntersville man were arrested for sodomy, bestiality and other drug-related charges Friday.

During the Marshall County Sheriff’s Office’s press conference, Sims said Holly Renae Debord, 36, of Albertville, and Van Christopher Havis, 53, of Guntersville, both face bestiality and sodomy charges in connection to a video shared on Facebook Messenger and through texting. He said the video showed the two culprits, a mentally disabled man and a “domesticated animal.”

“This is a unique case for what it involved,” Sims said. “The one charge is not one you often hear about. It involved a domesticated animal and we are going to leave that there for now.”

Since it’s an on-going investigation, Sims declined to give further details about the charges.

He said the investigation started several days ago when some concerned citizens contacted the county’s police departments, sheriff’s office and district attorney’s office about an “explicit video” being circulated on social media and text messaging. He said the video depicted a “sexual assault that occurred within the county.”

Sims said investigators were able to obtain a search warrant for a residence on Rayburn Avenue and were able to identify Havis and Debord as the alleged perpetrators.

Sims said Debord was charged with first-degree sodomy and bestiality and is being held in the jail with a $250,000 bond.

During the press conference, Marshall County District Attorney Everett Johnson said Havis had a previous criminal history, which could result in a harsher penalty.

Guntersville Police Chief Jim Peterson said some news organizations had the video, and that the station managers “handled it appropriately.”

“They knew this was a bad situation and that law enforcement needed to be in involved,” Peterson said. “It was the right thing to do. We appreciate that. Their actions can mean a lot to the case.”

For everyone who has the video on a phone or computer, Sims said it should be deleted immediately.

Sims said the investigation is ongoing and additional charges may be forthcoming.