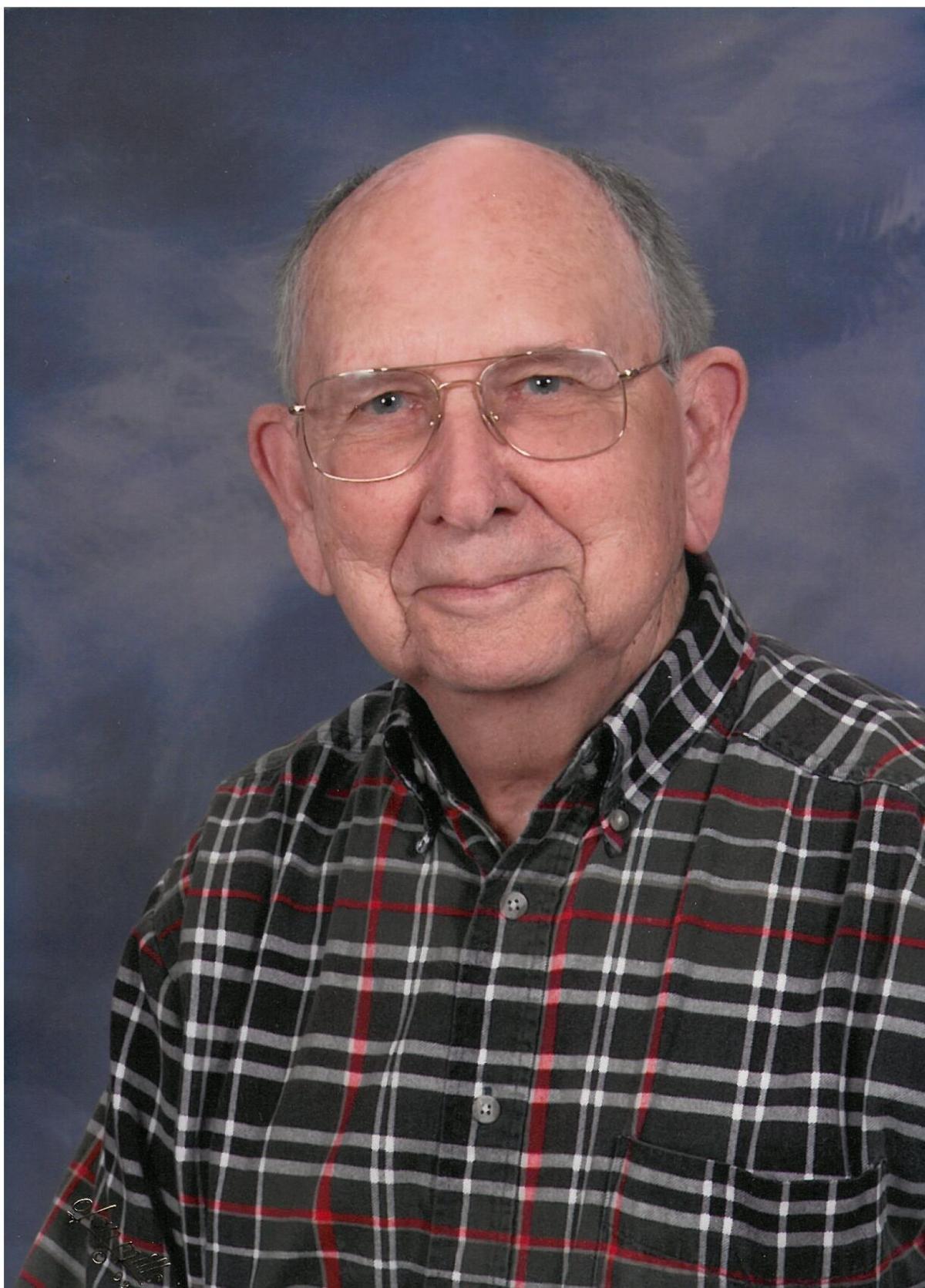 Johnny Mack Rollings passed away Saturday, Feb. 13, at the age of 86.

Family visitation was at Adams Brown Funeral Home Wednesday, Feb. 17, 2021 at 1 p.m., and a graveside service for family and friends followed at 2 p.m. at Memory Hill Cemetery in Albertville. Pall bearers were members of the Albertville Fire Dept.

After a time in the Army National Guard, Johnny Mack returned home and served the City of Albertville as a fireman and as chief for 44 years. Under his leadership, the Fire Department grew from one station to three, to better serve the community. During his time as chief, he was active in the Alabama Association of Fire Chiefs and served as president for several years. He and Betty are long-time members of Mt. Vernon Baptist Church, and he served there in a number of different ways.

Johnny Mack was a friend to many and was always willing to help anyone in need, whether it was lending a helping hand or a listening ear. He enjoyed spending time with friends and family, sharing laughs and enjoying being together. He loved farming, raising cattle, playing golf, fishing and hunting, and watching sports. He sought to make the most of every opportunity, whether it involved work or play. He lived his life to the fullest, he was well loved and respected, and he will be missed by many.

The family would like to thank his special friends Gary George, Bob Gentry and Jody Bonds for all of their kindness and help, as well Chief Brad Hix and the firemen and medics at the Albertville Fire Dept.

A family graveside service was held Feb. 19, 2021 at Crestview Cemetery. The family will have a memorial service at a later time. Albertville Memorial Chapel assisted the family.

Mr. Gilmore was born December 11, 1924 in Golden, Oklahoma to Theadore and Beatrice Gilmore. He served in the U.S. Navy and the U.S. Army from 1å943-1945 during WWII. He worked for McDonald Douglas in Oklahoma then moved to Guntersville where he worked as an engineer at Redstone Arsenal until retiring in 1974. Jim’s biggest joy in life was his family. He also loved sharing his faith in Christ and enjoyed hunting and fishing.

Survivors include his brother, Steven Greene; an aunt, Marsha Chamblee; an uncle, Roger and Janice Greene; a niece and a nephew; and several cousins.

In lieu of flowers, donations can be made to Second Chance Animal Shelter.

Survivors include a sister, Barbara Baird; and a brother, Billy White Jr.

He is survived by his wife Linda Bruce (Centanni); and their children Paige Batten (Bruce) and Jansen Bruce; four grandchildren; and two great-grandchildren.

Irene Elizabeth Duckett, 84, passed away on Thursday, Feb. 11, 2021, at McGuffey Healthcare in Gadsden.

A private graveside service will be held for family only at New Macedonia Cemetery. Jerri Manasco will officiate. Albertville Memorial Chapel assisted the family.

Service will be held on Saturday, Feb. 20, 2021, at 3 p.m. in the McRae Chapel with Bro. Ricky Williams and Bro. Nick Bayne officiating. Interment will follow in the Hillcrest Cemetery. Visitation will be on Saturday from 1 p.m. until funeral time at the funeral home. Due to the current health crisis the family requests strict adherence to the wearing of mask and the practice of social distancing. Please save your handshakes and hugs for healthier and happier times.

Survivors include a son and daughter-in-law, Rodney James and Renea Rowan, of Guntersville; daughters and son-in-law, Margaret Rebecca Battles, of Altoona, and Deborah Evelyn and Lynn Bayne, of Sardis City; five grandchildren; six great-grandchildren; and sister, Betty Morgan, of Boaz.

A celebration of life and home going for Sylvester Kirtland, Jr. will be held at 11 a.m. Saturday, Feb. 20, 2021 at Beacon Baptist Church with Pastor Floyd Boggess officiating. Interment will follow in the Mount Olive Cemetery.

Companion Funeral and Cremation Service, Cleveland Chapel is in charge of arrangements.

Services will be Saturday, Feb. 20, 2021, at Adams Brown Service Funeral Home Chapel with burial to follow in Panquin Cemetery. Visitation will be from 10 to 11 a.m. Saturday at the funeral home.

Survivors include her daughter and son-in-law, Summer and Steven Bates, of Boaz; sisters and brothers-in-law, Kristie and Brett Miller, of Boaz, and Susan and Mickey Collie, of Albertville; and brother, Mike Goble, of Boaz.

Her funeral service will be at 2:30 Saturday, Feb. 20, 2021 at Albertville Memorial Chapel. Burial will follow at Memory Hill Cemetery. Rev. Jeff Martin will officiate.

Visitation will be from 1 until 2:30 p.m. before the service.

In lieu of flowers the family has requested donations be made to Southside Baptist Church or Shepherds Cove Hospice.

A funeral service will be held on Monday, Feb. 22, 2021 at 2:00 p.m. at Etowah Memorial Chapel. Bro. Garry Ford will officiate.  Visitation will be from noon to 2 p.m.  Burial will be at Mt. Pleasant Church cemetery in the Egypt community.

She is survived by her children, Keith (Jenny) Bickerstaff, Lynn (Brian) Burgess, and Daniel (Brittany) Bickerstaff; two grandsons; and a host of adopted grandchildren.

Flowers will be accepted, but donations can also be made to the Boaz Senior Center or Shepherd’s Cove Hospice.

Survivors include her daughter, Lori Murphy, of Albertville; a sister, Ernie Woolf, of Bakersfield, Calif.; and a grandson.