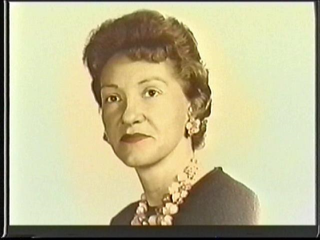 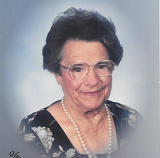 Betty Joyce Elrod Stewart, beloved wife, mother and grandmother, passed away peacefully on March 20, 2020. Born May 4, 1929, in northern Alabama to parents Noah Griffith Elrod and Johnnie Ruth Spruill Elrod, Betty was a member of the Greatest Generation, growing up during the Great Depression and WW II, graduating from Boaz High School. While attending business college in Nashville, she met and married her husband of 54 years, Ronald K. Stewart, Jr. (deceased). She enjoyed spending time with her children and grandchildren, traveling with Ronald and the family, making a home in Donelson and being an active church member at Donelson Family Worship Center. Betty often said her greatest achievement was raising her children to have faith in God and love of family. She is survived by her five children, Samuel L. Stewart (Cindy), Beverly Stewart Barfield (Jim), Noah Keith Stewart (Cindy), Angela Stewart Meyer (Clyde, deceased), and Nancy Stewart Thompson (Chris); also survived by 15 grandchildren and 15 great-grandchildren. In lieu of flowers, the family requests donations be made to the church or charity of your choice. Interment at Hermitage Memorial Gardens. A celebration of life will be held at a later date. Please visit the online obituary: hibbetthaileyfh.com.

Mrs. Fannie Mae Harp Davis, 92, of Boaz, went home to be with the Lord Saturday, March 21, 2020, at her home in Dekalb County surrounded by her family who loved and cared for her.

A private graveside service was held for the family only on Tuesday, March 24, 2020 at Mt. Zion Baptist Church cemetery and a memorial service for Mrs. Davis will be announced at a later date. Etowah Memorial Chapel is in charge of the services.

Fannie Mae was small in stature but had a heart of a giant. One never saw her when she didn’t have time to talk, a smile on her face and a cap on her head. She was well known for her delicious tiny biscuits, peach and strawberry pies, tea cakes, crocheted blankets, hats or booties for everyone on Sand Mountain. She had a deep love for her family especially her three children, three sisters and brother.

The family has requested no flowers, donations to can be made to Aroney Volunteer Fire Department.

Edward Dale Sims, 75, of Valley Mills, Texas, passed away Sunday, March 22, 2020. A private graveside service was held on Wednesday, March 24, at Turnersville Cemetery under the direction of Foss Funeral Home and Cremation Center. The family will hold a memorial service at a later date.

Ed (Dale) was born in Marshall County, Alabama on March 31, 1944. He graduated from Douglas High School. He had a varied life. He was a lineman for AT&T. An Artillery Surveyor at Ft. Hood and Ft. Sill while serving his country. He worked with his dad as a pulp-wood cutter. After many years as an over the road truck driver, he supported himself and his family by repairing automotive motors, doing complete rebuilds in his backyard shop. He then got a job at Gearench in Clifton Texas and worked there as a machinist until he retired. He taught himself how to operate a computer. He became so good at it, his company asked him to build their web-pages. He started to repair other’s computers as a side-line. Always a gun enthusiast, he built a thriving gun repair and reloading business that he ran out of his home. He was greatly interested in our ancestry and was early into tracing his roots.

Rosie Christian Lee, 100, of Albertville, went to be with her Lord on Wednesday, March 24, 2020, in a local health care facility.

In view of the national emergency and the public health guidelines of the CDC, there will be no visitation at the funeral home. There will be a graveside service, for the family only at Memory Hill Cemetery, Albertville on Friday, March 27, with Pastor Joey Cannady and Dr. Ollie Lee officiating.

A memorial service will be announced at a later date.

A private service will be held for the family only. She will be buried at Shiloh Cemetery near Steele.