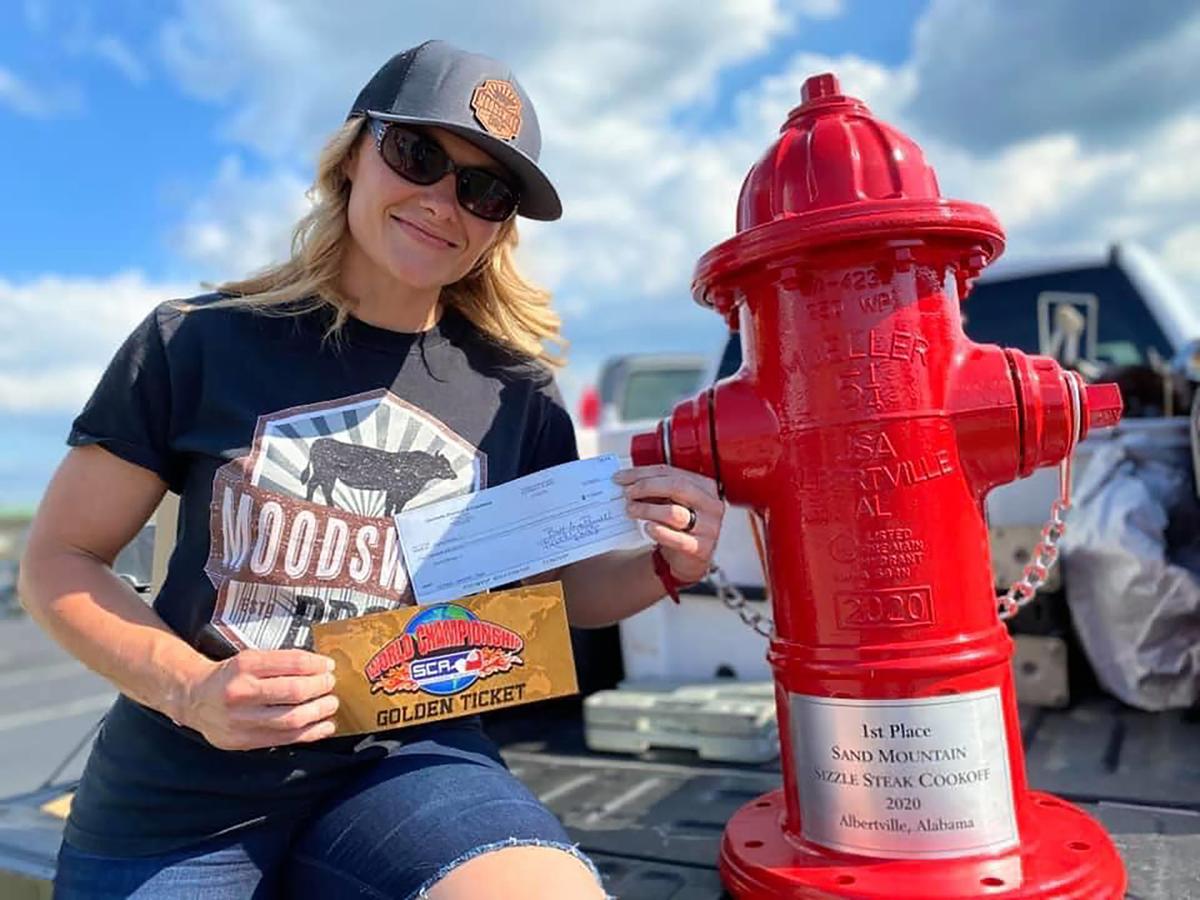 Sunny Moody sits with her first-place Mueller fire hydrant trophy and shows off a $1,000 check and her ticket to the World Steak Championship in Texas after winning the Sand Mountain Sizzle steak cookoff on Saturday. 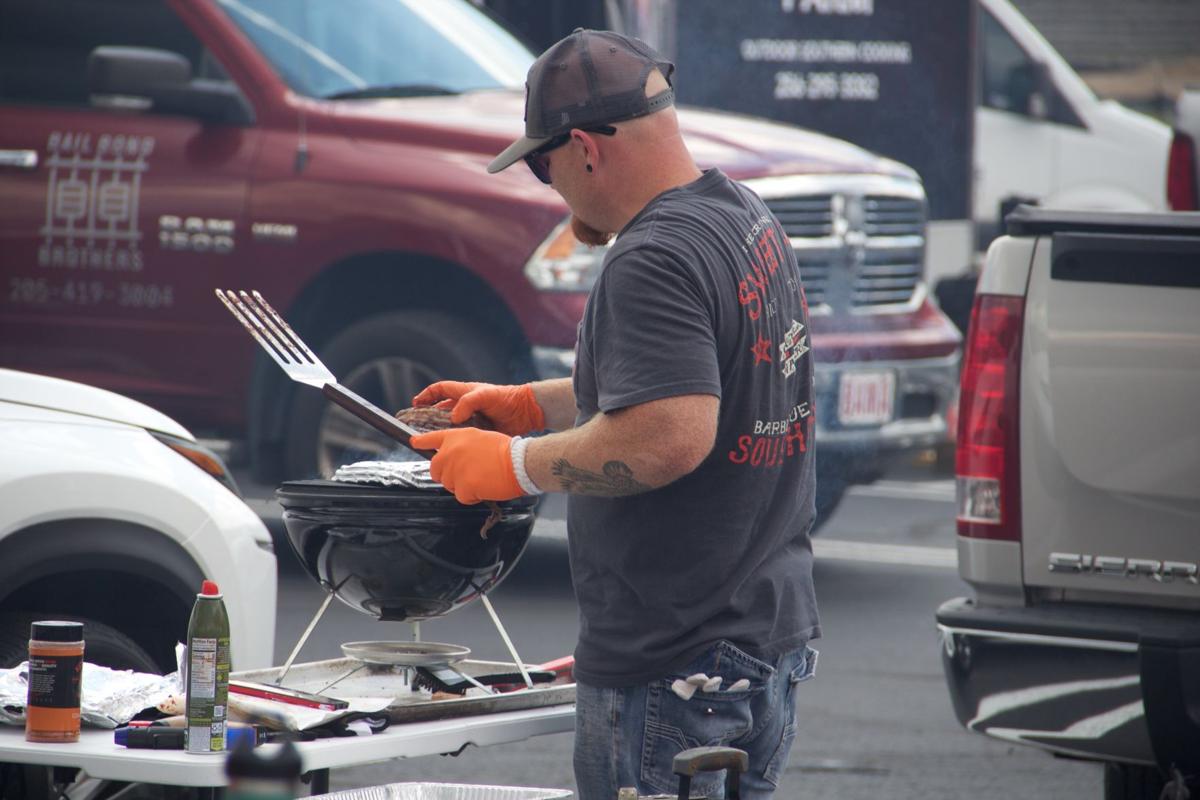 More than 70 teams from across the Southeast gathered in the farmers market parking lot in downtown Albertville on Saturday to cook their best steak and chicken breast dish. 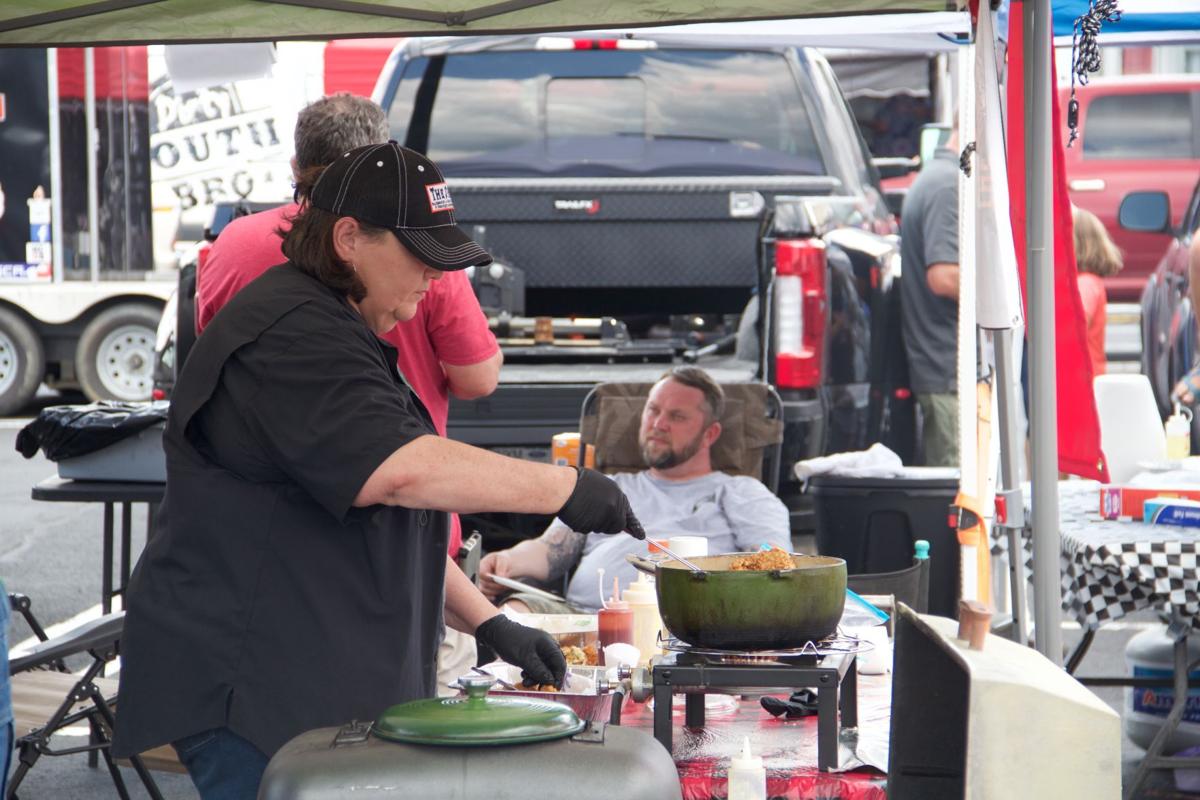 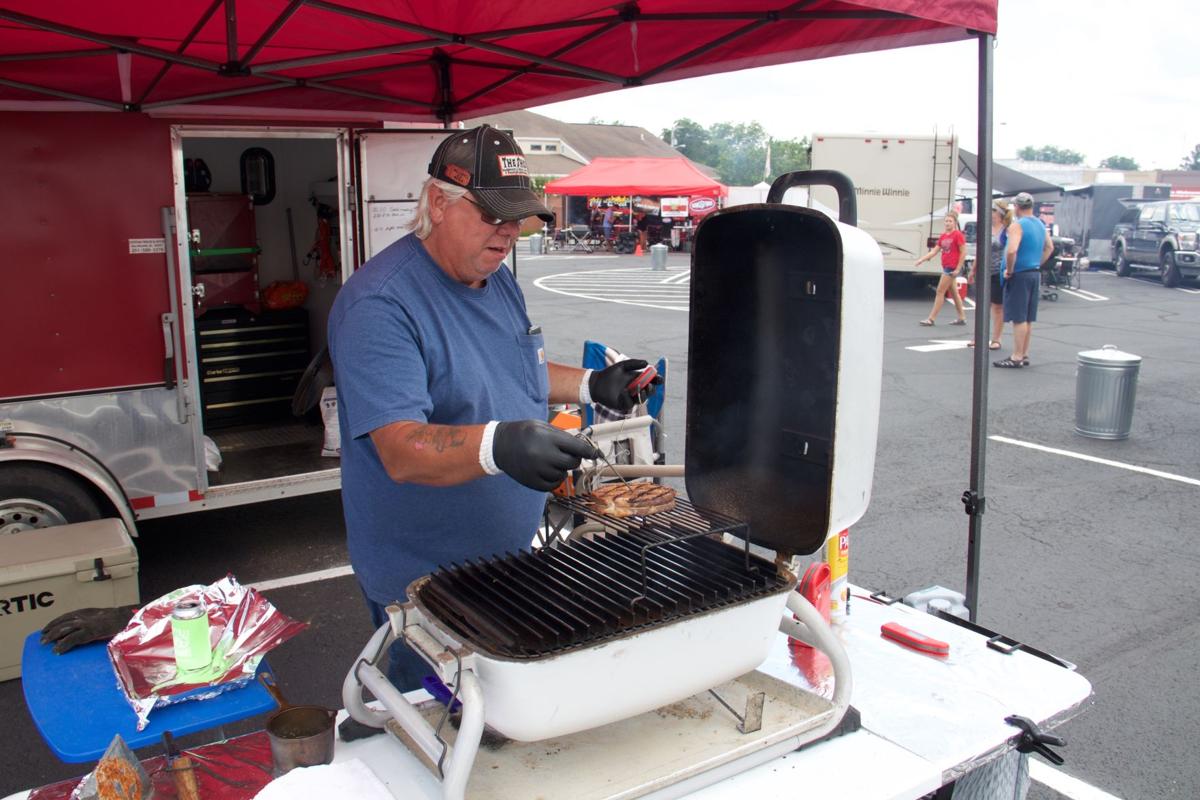 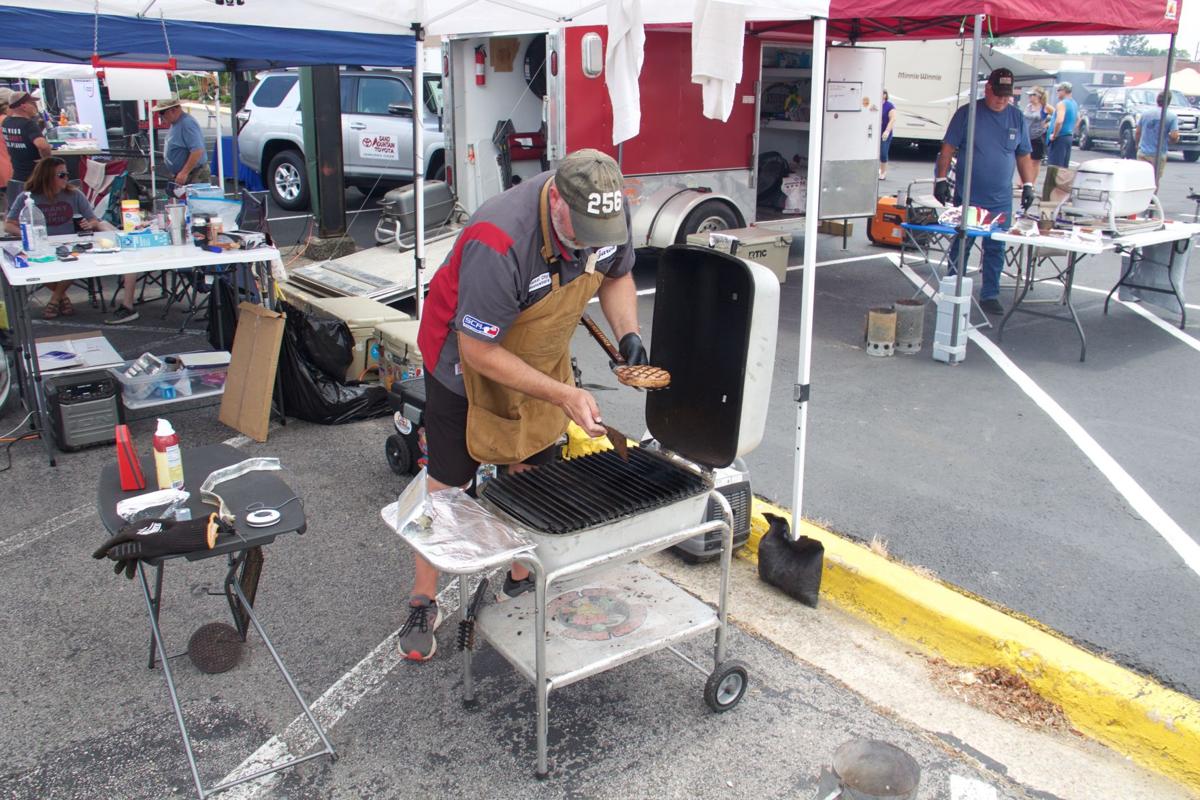 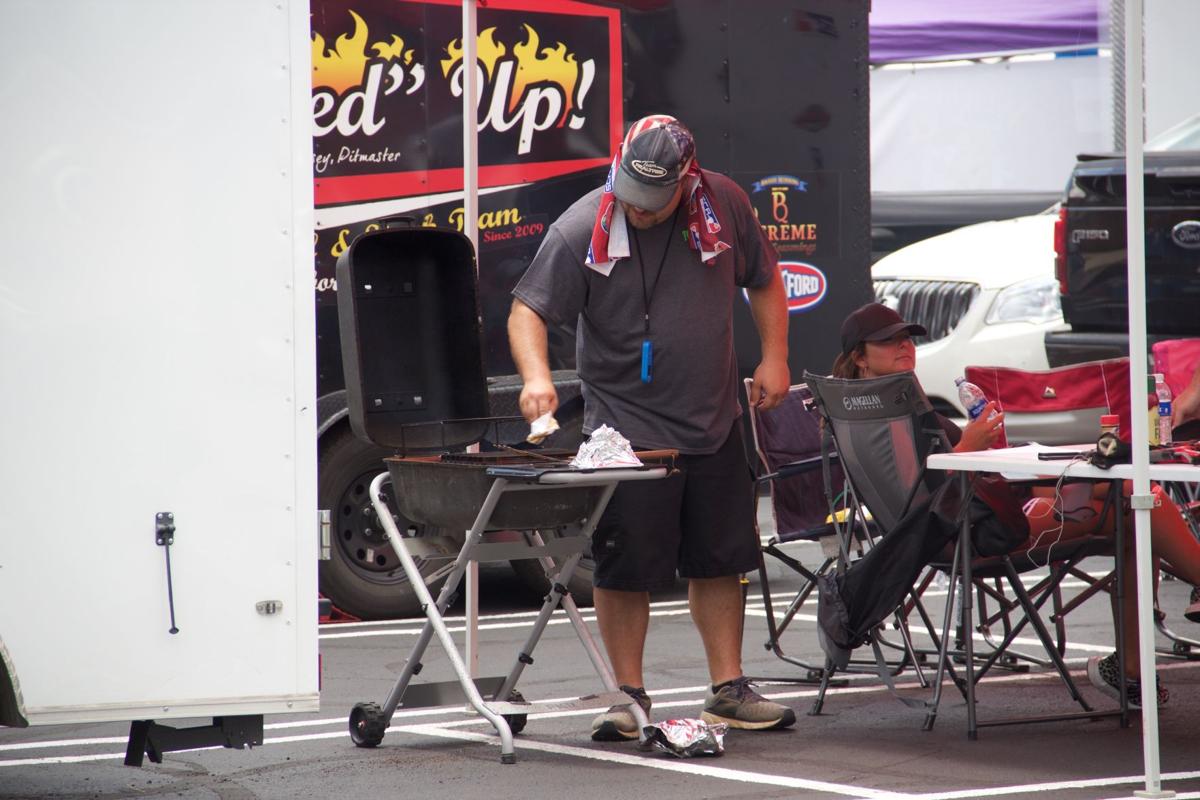 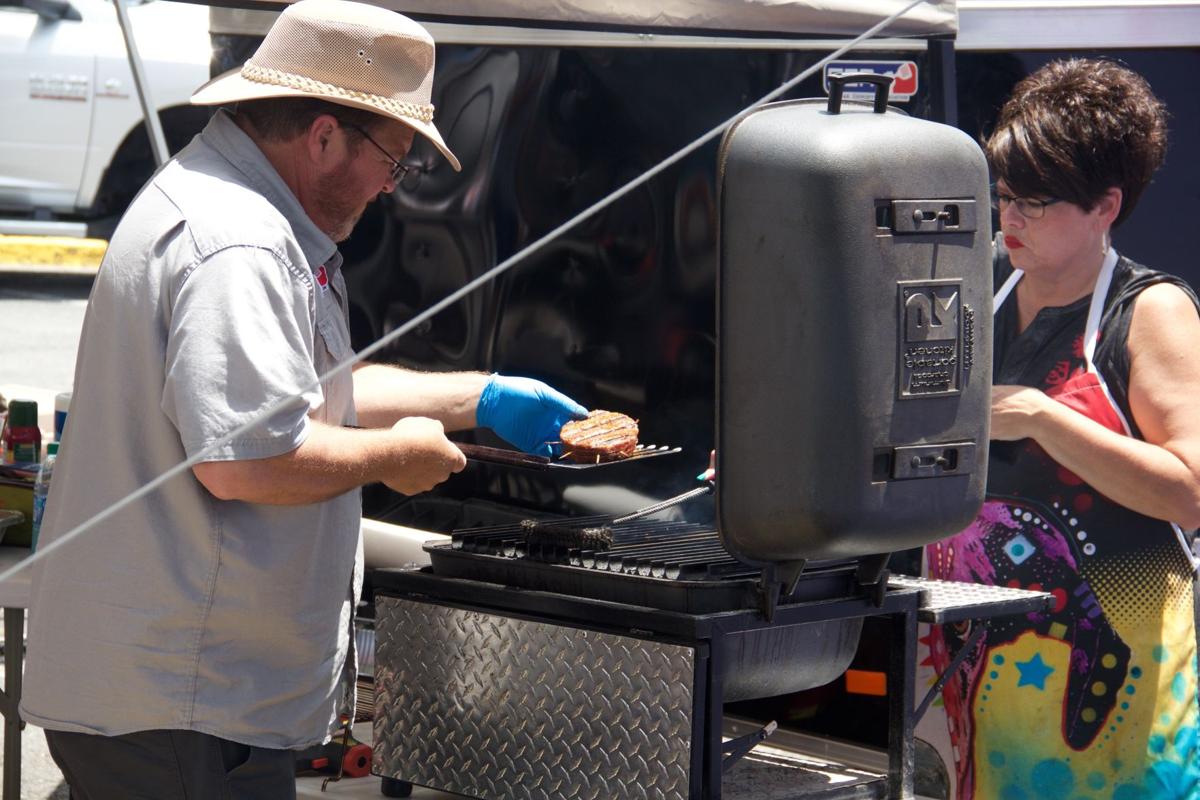 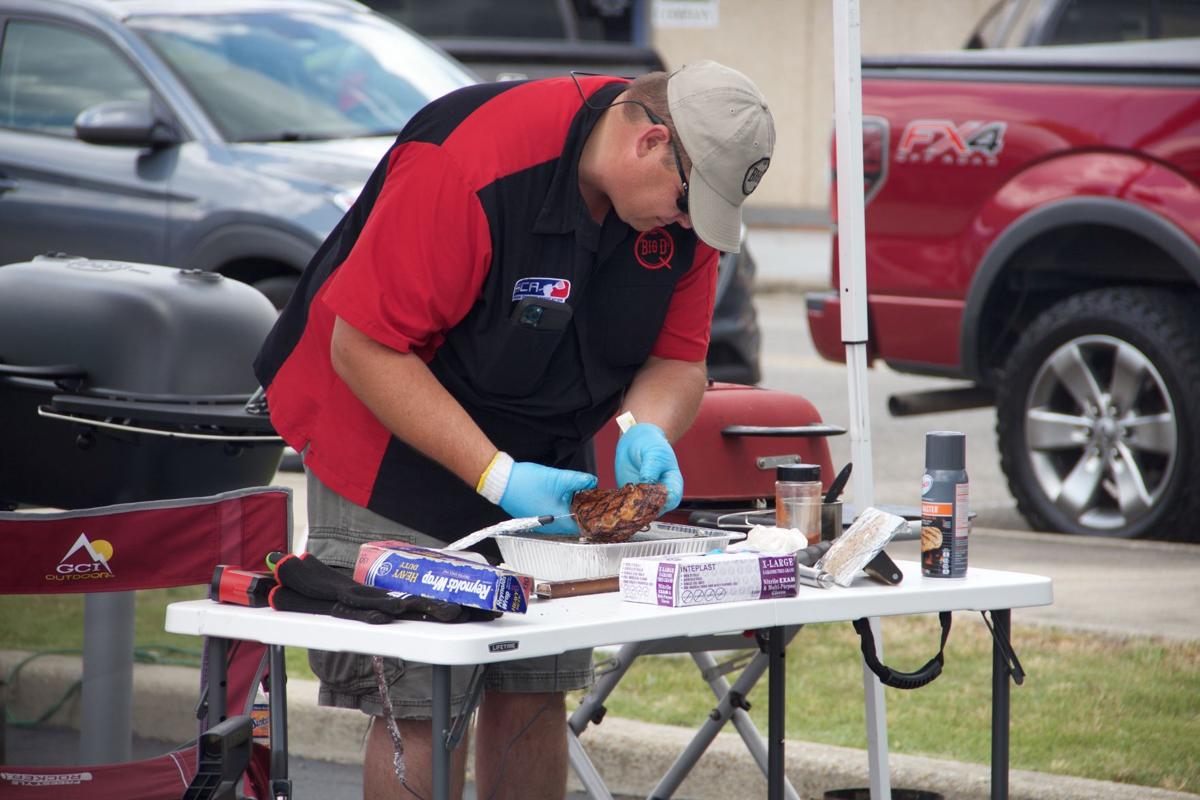 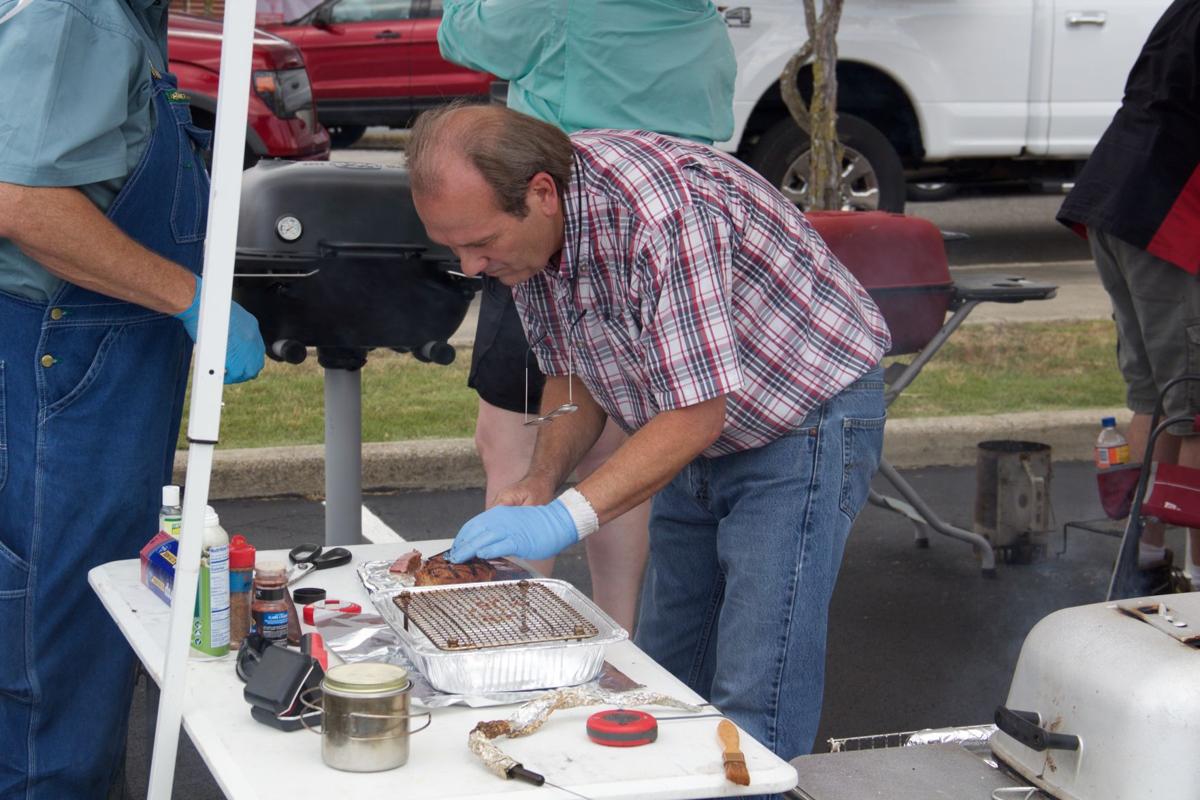 Sunny Moody sits with her first-place Mueller fire hydrant trophy and shows off a $1,000 check and her ticket to the World Steak Championship in Texas after winning the Sand Mountain Sizzle steak cookoff on Saturday.

More than 70 teams from across the Southeast gathered in the farmers market parking lot in downtown Albertville on Saturday to cook their best steak and chicken breast dish.

The air in Downtown Albertville on Saturday was filled with the smoky smell of grilled chicken and steak as avid barbecuers and grillmasters competed in the Albertville Chamber of Commerce’s first annual Sand Mountain Sizzle.

In partnership with the Steak Cookoff Association, the chamber hosted 72 teams from states across the Southeast. Chamber president Stan Witherow and Executive Assistant Kathy Gore said they were “blown away” by the turnout.

“[The SCA] told us that for our first event, if you had 30 teams, that was extremely successful,” Gore told The Reporter. “With the coronavirus, they have had a couple events that had to be canceled, so people were just itching to get out and compete.”

The day’s big winner in the steak competition was Sunny Moody, owner of Moodswing BBQ in Nashville, Tennessee. Moody cooked her steak on a PK grill using Harder Charcoal,  Big Swede BBQ and Loot N Booty Rubs. She won the first-place Mueller fire hydrant trophy, $1,000 in prize money and a “golden ticket” securing her a spot in the World Steak Championship in Dallas, Texas.

“I didn’t go into the competition with a goal to win like most people,” Moody told The Reporter. “I view them different than most. Although I may be competing against Jeff Moody, my husband, and all the others, my only true competition is myself. Yes, I may be going up against some of the biggest names out there, but that means nothing to me. We are all there for the same reason, ‘cooking meat in a parking lot.’

“I was completely taken by shock to be called out for first place,” she continued. “Nothing I ever expected. It was exiting, humbling and overwhelming. I gave it my all and it ended up getting me the win… Thank you to Albertville for putting on a great SCA competition at the Sand Mountain Sizzle.”

Although the steak cookoff was the main event, grill masters could also participate in a grilled chicken competition. Foodland provided two steaks to each team and Tyson supplied the chicken, Winthrow said. The SCA presided over both cookoffs and judged each team’s entry based on both the quality and cook of the meat and its presentation.

For the steak competition, Joey Gilmore’s team came in second place and won $700, and John Walter Lindsey’s team won $500 for taking third. The rest of the top-10 winners got a payout of $100.

“Everybody that we’ve talked to has just raved at this area being here [in Albertville] and how welcome everybody has made them feel, so that’s been worth it,” Gore said. “We’ve heard nothing but good comments. The contestants said that they had not seen states look that good in a long, long time, and they were thrilled about that… Everything has been positive.”

Gore and Witherow said they hope to expand the competition next year into a festival to further include the community, provided all the current COVID-19 restrictions are no longer in place.