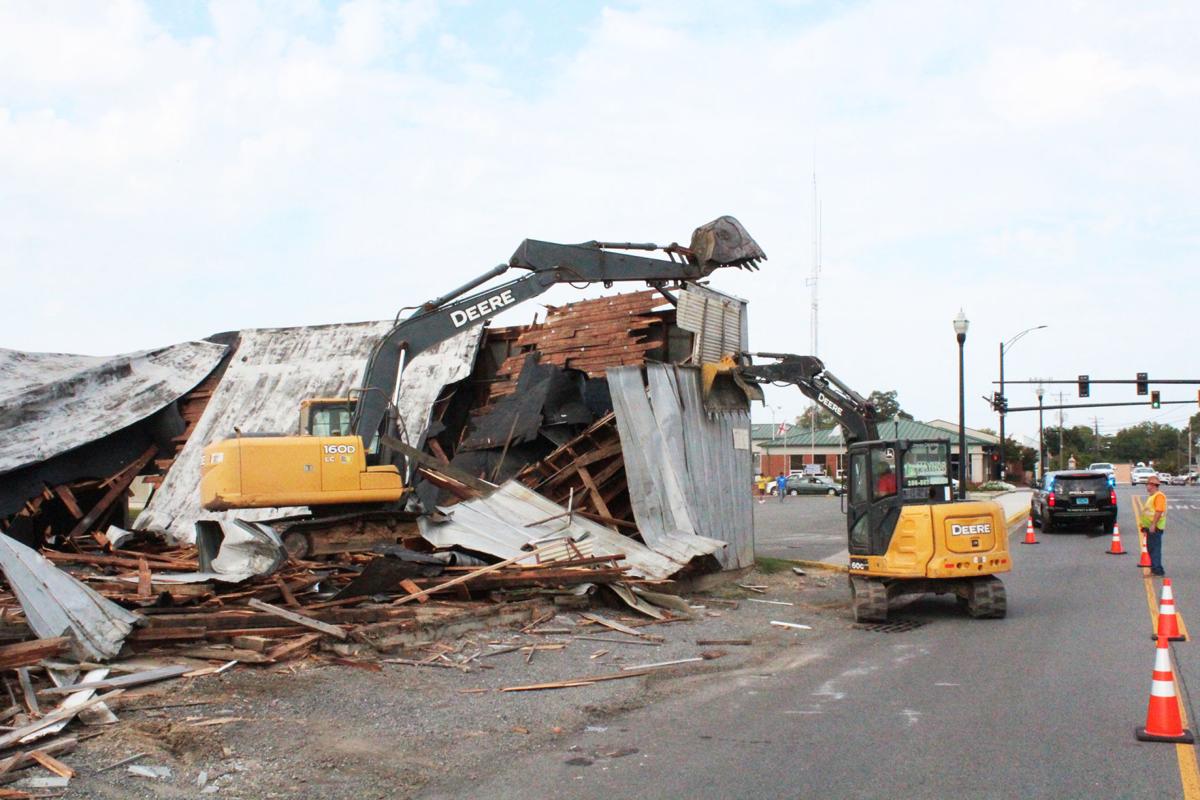 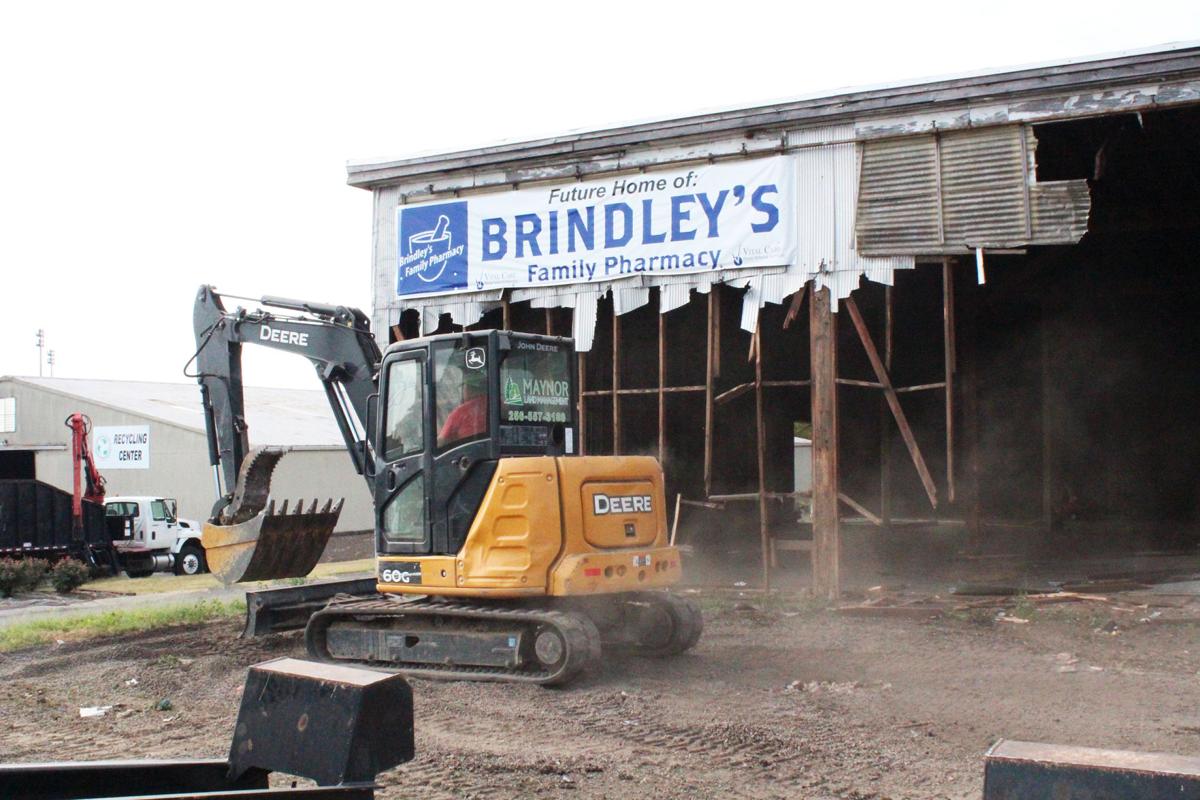 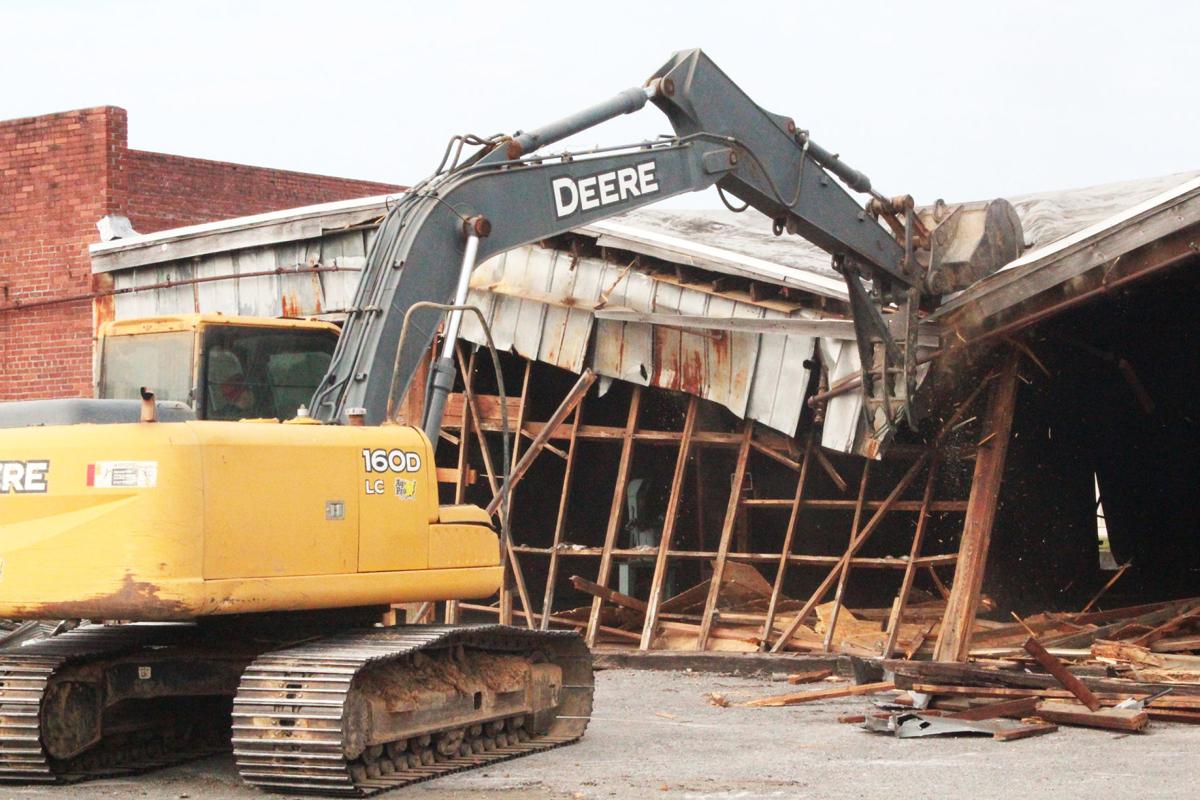 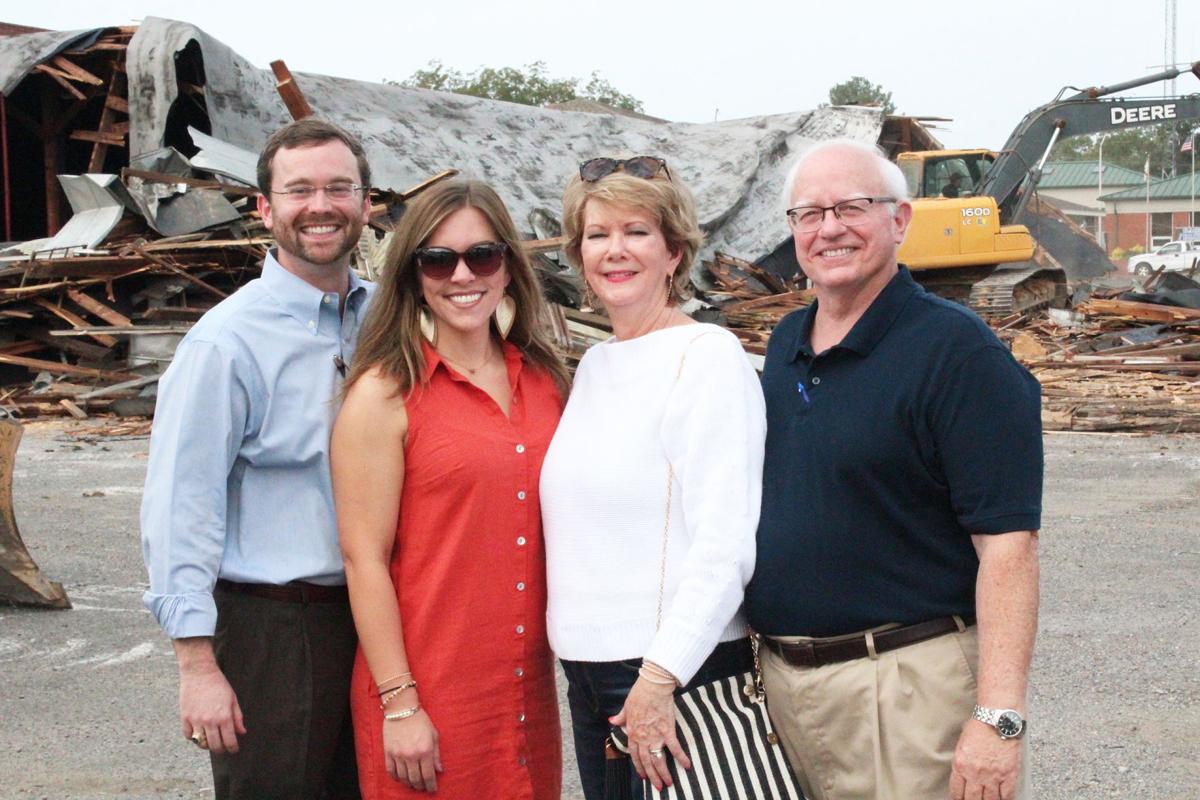 Demolition of the old cotton storage warehouse on the corner of South Carlisle Street and Sand Mountain Drive in downtown Albertville began Friday, Sept. 28, to make way for the new home for Brindley’s Family Pharmacy.

Nearly two-thirds of the structure on the acre lot were torn down by Wednesday, when the pharmacy celebrated eight years of service with a customer appreciation open-house at their current location on 305 North Carlisle.

Steven Brindley, one of the eponymous owners of the pharmacy, said he was allowed to take part in the demolition by driving a bulldozer. Maynor Land Management, who took care of the rest, planned to have the lot cleared by the end of the week, Brindley said.

“We’re excited,” he said. “Never thought we’d be doing this — own our own building, help give back to the community.”

The new store will be larger than the one they’re in now — approximately 4,000 square-feet — to help the Brindley family better serve their customers and revitalize part of downtown, he said.

“We’re going to have a drive-through and really be able to serve our patients the way that they need to be served,” he said. “It’s something we need to help grow.”

The new building will also have professional space available for lease to other businesses. They hope to have the pharmacy up and running at the new location sometime next year, he said.

“Looks much better already,” Brindley said about the lot.