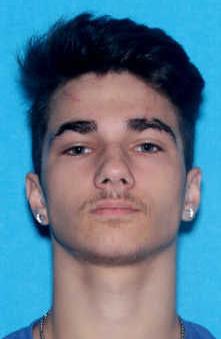 A second man has been charged in the raid of a motel room at Key West Inn in Boaz.

On April 30, Andrew Tyler Robinson, 20, of Boaz, was arrested and charged with first-degree burglary and disorderly conduct after he and two accomplices allegedly ravaged a room at the motel on Alabama Highway 168. He was later transported to the Marshall County Jail on a $100,000 bond.

Boaz Police Chief Josh Gaskin said officers responded to the incident Tuesday, April 28, around 4:25 a.m. after receiving a call saying three masked men had stormed into the caller’s room with guns, then assaulted and robbed the occupants. Gaskin said several shots were reportedly fired while the men were inside.

After officers collected evidence, investigators developed several suspects including Robinson, Devan Matthias-Hiram Coppett, 18, of Arab, and a 17-year-old male juvenile whose name has not been released.

Warrants were quickly put out for Coppett and the juvenile.

On Wednesday, May 13, Coppett was found and arrested with the help of the Albertville Police Department, Gaskin said. He was charged with first-degree burglary and transported to the Marshall County Jail on a $100,000 bond.

I don’t know why people are so indulged in crimes now days. It is easy to buy speeches online for presentation. Everyone seems to be so clever about money fame and lust and people have started committing more crimes for the sake of money. May god protect us all.