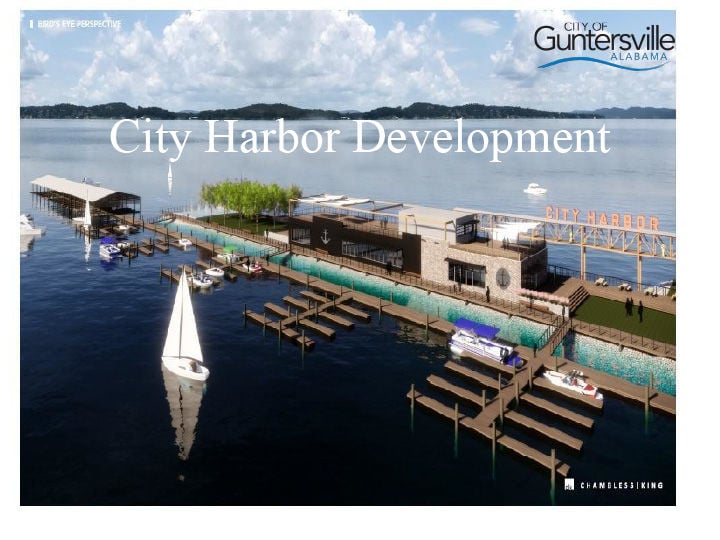 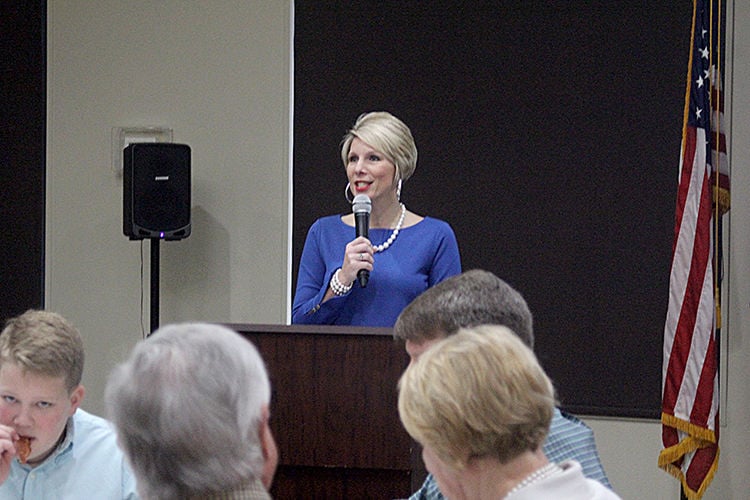 Guntersville Mayor Leigh Dollar said teamwork was critical in developing Guntersville’s future during her annual State of the City address. 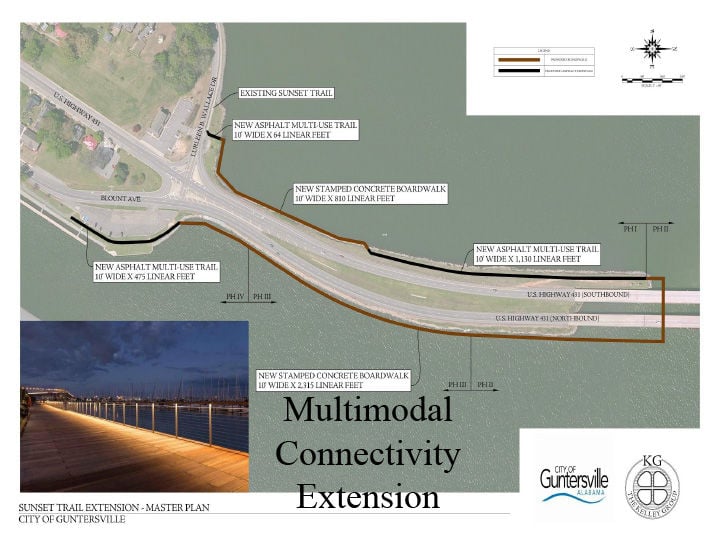 Guntersville Mayor Leigh Dollar said teamwork was critical in developing Guntersville’s future during her annual State of the City address.

The City of Guntersville had a successful year, according to Mayor Leah Dollar during her state of the of the city address on Wednesday.

“Too often, you read of cities where council members don’t get along,” Dollar said. “I can tell you that is not the case with this group. We don’t always agree on everything, but we do what we believe is best for the city. This group works really hard to understand whatever issue is in front of them and concentrates on making the best decision for the city and its constituents.”

Dollar said she and the city council have started going once a quarter on a “field trip.” She said they have toured residential developments, different city departments, businesses, schools and the utilities in the city. She said it gives a different perspective than making decisions “just sitting in a chair,” and they plan to continue these “field trips” to identify more opportunities to improve the city.

She said an important example of teamwork the city benefits from is the department heads and all the city employees.

“This is where the rubber meets the road and without this wonderful group I wouldn’t be giving such a strong report because they make my job easy,” Dollar said. “We have seen several changes in department heads this past year due to retirements. The new department heads have big shoes to fill, but we look forward to the new energy and contributions they bring to the city.”

She said the 20 volunteer boards with varying duties are also working together for the betterment of the city.

“Each one of them give their voluntary time, which is precious in today’s world, to make our city great,” Dollar said.

She said one area they have been focused on in the past year was economic development. She said the harbor project was one of the largest projects of 2018.

“We have marketed this area for years and been very patient to wait on the right thing,” Dollar said. “The harbor area is the gateway into or out of the main peninsula and deserves to be spectacular.”

According to Dollar, Guntersville was lucky that Patrick Lawler bought into the city’s vision for developing the harbor property. She said the development will offer restaurant space, short term rental condos, green space, water feature and boat docks. She said the construction of this property is set to begin in the fall of 2019.

“The city has maintained control of the public docks and the area where the harbor house used to be and you will see significant beautification efforts in this area,” Dollar said. “Just last night the council approved an agreement with Patrick Lawler’s company to lease the silo property as well as the harbor. This has been used for city departments or storage areas for the city. Council believed that this would be better suited for economic development, because it is such valuable property and a critical location.”

Dollar said they will begin to see construction start soon on the project as it turns into revenue generating property for the city.

“Thanks to a patient approach and good planning, the entire harbor area is going to finally become a polished gem instead of the proverbial diamond in the rough,” Dollar said.

She said the city has received three separate grants, which in total, were $1.6 million to extend the walking trail from in front of the Guntersville Chamber of Commerce building, where it ends now, to the “river bridge,” under that bridge and eventually, back to the harbor. She said the boardwalk area will feature areas for fishing, walking, biking, running and birding. She said this will be a huge step toward the city’s ultimate goal to have the entire peninsula connected by a multi-modal trail.

She said the city’s efforts with developers over the past year brought about another project in the Starbucks development. She said the intersection at Red Barn Road and Highway 431 needed upgrading to handle the new developments, and that was at a cost of approximately $400k. She said the city worked with the developer on an incentive agreement where they share in sales tax for this improvement.

“This is truly a win-win for the city, because we are not out of pocket any money right now,” Dollar said.

She said a portion of the sales tax generated from the new development will be refunded to the developer until all of it is paid back, and the development must perform before they refund any money. She said the developer is also exploring options of putting additional retail, and possibly, a hotel on the remaining property.

“We look forward to what the future holds because there is opportunity to grow,” Dollar said. “In the meantime, we continue to make improvements each year. We are blessed to have acres and acres of the city that serve as park areas along the shoreline.”

Dollar said over the past year, the city has repaved the entire Sunset Drive walking trail, paved the old tennis courts by Every Child’s Playground which will be finished in the current year for pickleball courts and an outdoor basketball court, replaced the pier off of Highway 227 at Polecat Holler, replaced the playground equipment at Williamson Park and is working together with the Ladies Civitan Club on an addition to Every Child’s Playground.

“This group works so hard raising funds, and we can’t wait to see the new piece of equipment to be installed,” Dollar said. “We also work with businesses and individuals on donations to help continue to expand this unique playground, which serves local families while it also attracts many visitors from surrounding areas.”

Dollar said during the HydroFest boat race event last year, the city worked closely with the Marshall County Convention and Visitors Bureau (MCCVB) on bringing the boat races back to Guntersville.

“This was a premier event held along the shores of our park areas, and it certainly lived up to its promise and then some,” Dollar said. “It brought in lots of visitors and accolades for our city. We look forward to working with MCCVB again this year as the big boats come roaring back June 28-30.”

According to Dollar, the city also works in a true partnership relationship with their Chamber of Commerce.

“Whether it’s setting up a ribbon cutting or recruiting retail businesses at the ICSC show in Atlanta, we both know business and commerce are crucial for our city,” Dollar said. “Without our local businesses, our city wouldn’t be able to provide the quality of services our citizens deserve. We thank everyone that chooses to operate a business in Guntersville.”

She said with the grant funding from the Appalachian Regional Council and RC&D, the city added four gateway signs to the entrances of Guntersville.

“This has been so needed to mark the entrance to our great city,” Dollar said. “Once again, we were patient and waited on the right thing. We are also in the process of bidding wayfinding signs which will be added in the current year. These signs will help visitors find various locations more easily and enjoy our city even more and will be a great addition to a tourist town.”

She said the city’s departments all share one common mission, “which is to serve our citizens and provide an excellent quality of life.”

“As for the financial side of the city, things continue to look great,” Dollar said. “Guntersville’s sales tax increased 3.4 percent over the prior year and for the current fiscal year, sales tax is up 6.7 percent this past quarter compared to the same period the previous year.”

According to Dollar, Guntersville is one of the few cities in Alabama that are experiencing increases in sales tax. She said online sales are affecting sales tax statewide, and with the increased participation in the Simplified Sellers Use Tax, online sales are being taxed and the city is receiving the revenue.

“We must continue to work on measured integrated growth as we do our best to stay relevant moving forward,” Dollar said. I have described the building blocks that set us up for the future and we will continue working on them, but the key to all of that is teamwork. Whether it’s working with another city, our legislators, grant agencies or within our own city departments and local relationships, it’s imperative that we work together to make Guntersville the best it can be.”