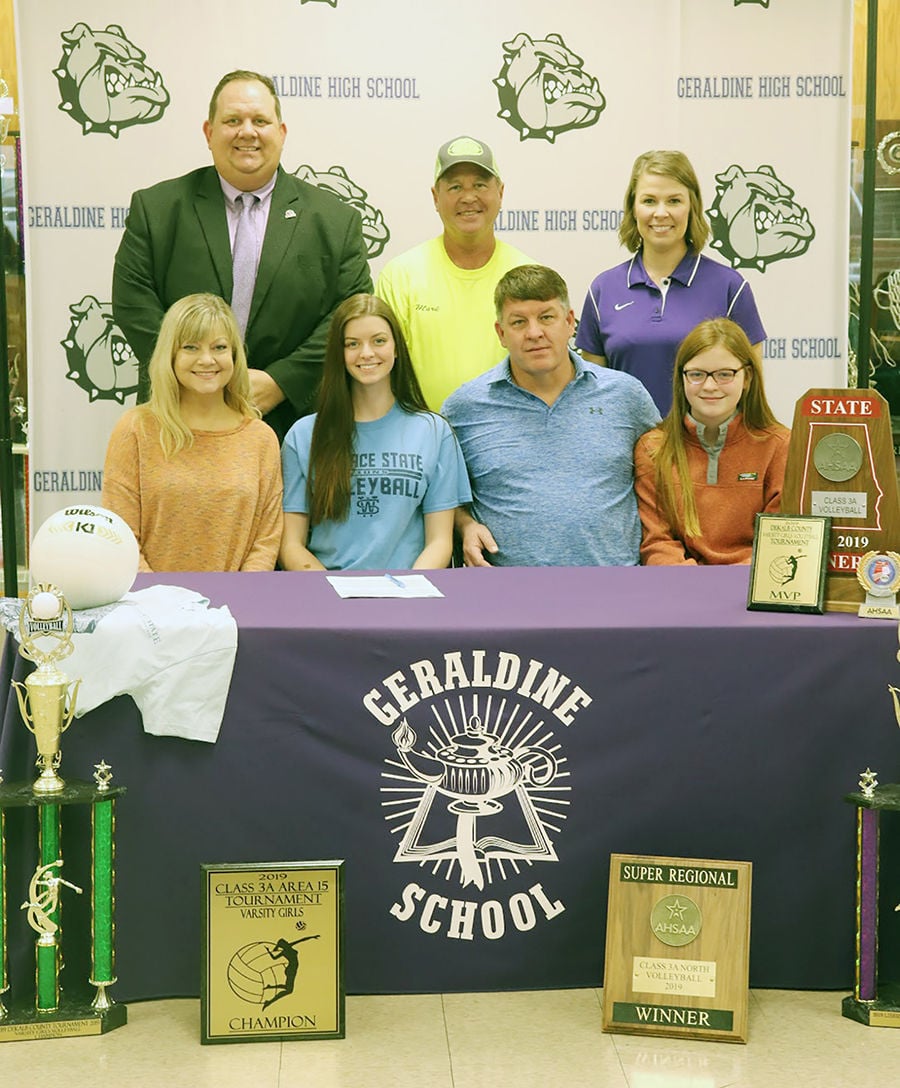 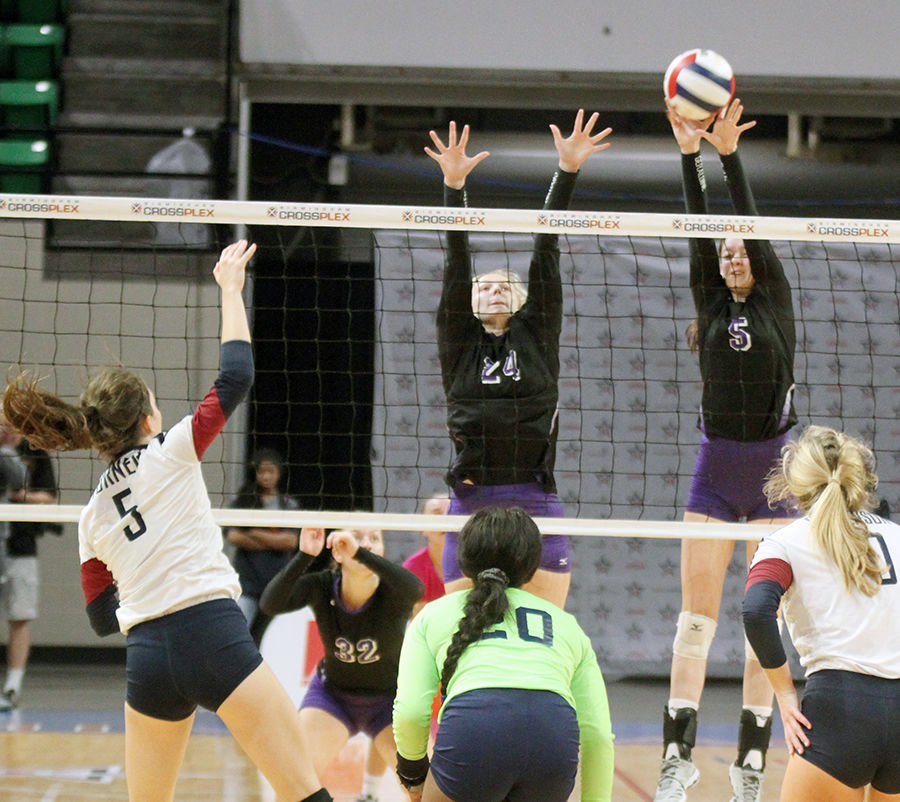 GERALDINE — Geraldine senior Haven Hall believes in excellence in the classroom and on the volleyball court.

Hall owns a 4.3 grade-point average with a schedule that features advanced placement and dual-enrollment classes. On the court, she led the 2019 Bulldogs to DeKalb County, area and super regional tournament championships and a runner-up finish in the AHSAA Class 3A Elite Eight.

Voted first team All-State in 3A for 2019 by the Alabama High School Volleyball Coaches Association, Hall will continue her career at Wallace State-Hanceville, the state’s top junior college program. She signed with the Lions in late November.

“I only played on his club team specifically one year, but I loved it there,” Hall said. “He asked me my junior year to verbally commit [to Wallace State], and that was after I played for him.

“I talked to a few different places, but when I went to Wallace, I just knew that was where I wanted to go.”

Three of Hall’s cousins who played for Geraldine recognized her potential as a volleyball player and encouraged her to play. She developed a love for the game along with a desire to play at the college level.

“Actually, I was always a basketball player,” Hall said. “In elementary school that’s all I did. My cousins played volleyball — Cassie Painter, Hannah Painter and Skylar [Painter]. They were always like, ‘You’re going to play volleyball,’ and I didn’t agree with them at first. I was like, ‘No, I don’t think that’s my sport.’ And then I played the developmental [league] in sixth grade, and then in seventh grade I just loved it.

“I ended up quitting basketball in eighth grade. I got moved up to varsity for volleyball in the eighth grade, and I’ve played on varsity ever since then.

“I just knew since then that I wanted to play in college, and I started looking at colleges to see if I could. I want to go to the next level after Wallace if I can. Coach Daniel really puts in a hand to get you to the next level, if that’s what you want to do.

“I’m very versatile. I play outside [hitter], middle [hitter] and right-side [hitter]. He’s already pretty much told me he can put me anywhere, but I think I’ll play more middle at first.”

“When I walked off the court at state … people were upset, obviously, because we got second, but really I was just filled with pride because we made it to that court, and that was our goal.”

The Bulldogs posted a 42-9 record. They reached the state finals for the first time since 2005.

Last summer, Hall received an invitation to join the North roster for the annual AHSAA North-South All-Star volleyball match in Montgomery. She continues to stay in touch with her North teammates through text messaging and Snapchat.

“That was amazing,” Hall said. “I met so many people, and you realize you saw them the whole time you played volleyball, because we’d go to tournaments, and I’d be like, ‘Oh, I played on the North team with them.’”

Hall is the first signee for Bearden, who has served two seasons as head coach at her alma mater.

“Haven is my first scholarship athlete, of what I hope is many,” Bearden said. “For a player to commit to play at the next level is a huge decision.

“Haven is stepping from one tradition to the next, and I cannot wait to see what great things she does at Wallace with Coach Daniel and in life.”

Hall gave shout-outs to her parents, Jack and Lisa Hall, and coaches for their contributions to her career.

“Definitely my parents, because they’ve pushed me since I was tiny to be the best athlete and best student I could be,” Hall said.

“At first I was really timid and then I went there, and you can’t be timid playing on his [club] team. I think that really helped me be more aggressive. I came back the next year and was a starter on varsity, so I really think he pushed me to be the player I am, along with all my high school coaches.

“And Coach [Mark] Hale. He definitely pushed me too, especially at a young age being able to get my jumping ability. We jumped boxes three times a week with him, and I really think he helped my vertical a ton.

“Coach [Shasta] Norwood helped me in my athletic career as well.

“I’m just really blessed to have the coaches that I did, all of them, to help me be the player I am.”