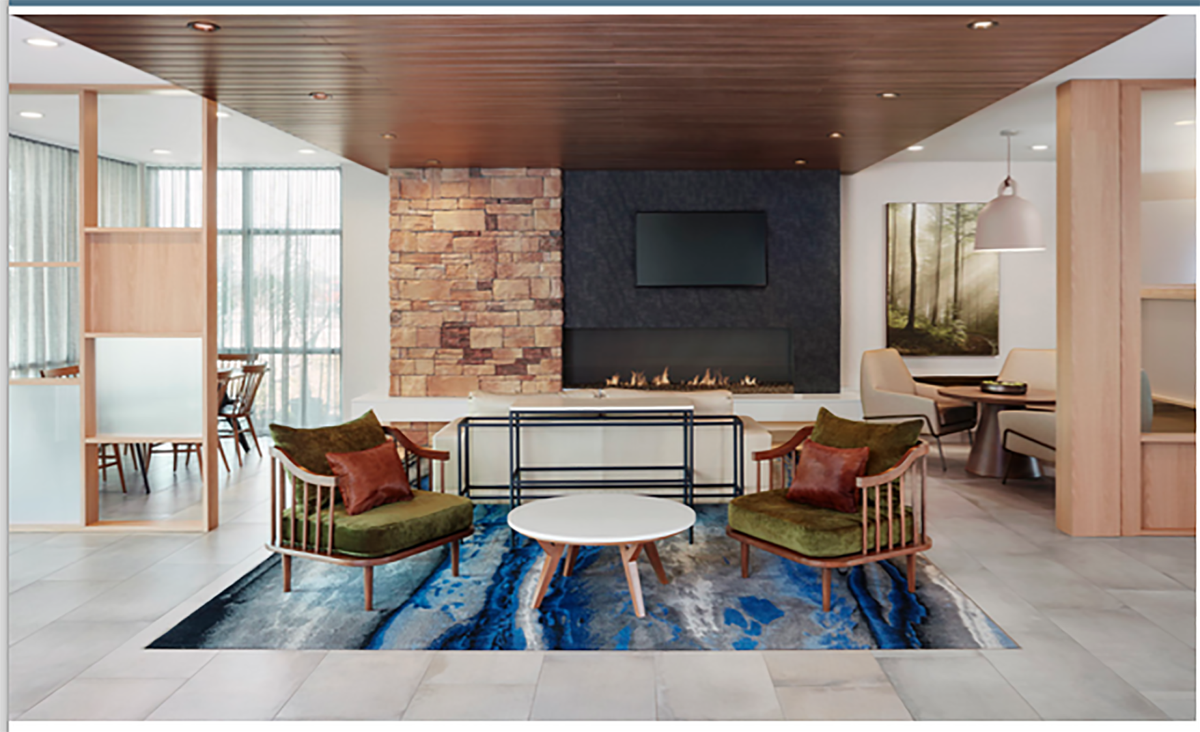 Pictured is the interior view of the Fairfield Inn & Suites by Marriott prototype. Albertville’s new hotel will have four stories, 79 rooms and approximately 25 suites, the only ones offered in Marshall County. 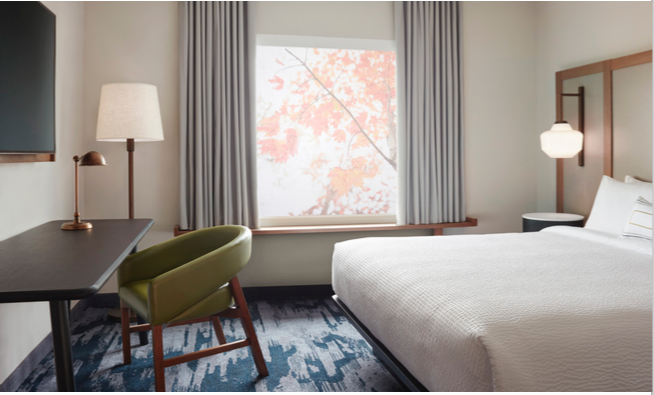 Pictured is the interior view of the Fairfield Inn & Suites by Marriott prototype. Albertville’s new hotel will have four stories, 79 rooms and approximately 25 suites, the only ones offered in Marshall County.

Pictured is the exterior view of the Fairfield Inn & Suites by Marriott prototype. Albertville’s new hotel will have four stories, 79 rooms and approximately 25 suites, the only ones offered in Marshall County.

To accommodate the influx of visitors to Albertville’s new sports complex, a Fairfield Inn & Suites by Marriott is being built.

Developer Wes Long, of Guntersville, is heading the development group for the hotel project. Originally, the hotel was slated to be part of the Guntersville City Harbor development, and Long said he worked for more than a year on the initial plan. But due to the issues Guntersville’s harbor project faces, like the lawsuit by Joel Kennamer and acquiring Tennessee Valley Authority’s permission, Long moved the hotel project to Albertville.

Long wouldn’t disclose the exact location at this time, but he said it will be built on an 8-acre parcel on the south side of Albertville, off of U.S. Highway 431, approximately 1.8 miles from the soon to open Sand Mountain Park & Amphitheater. The construction start date would be in first quarter of 2020, and he said this type of project usually takes around nine or 10 months to build.

“It is a Marriott branded product, which is the largest hotel brand in the world,” Long said. “Marshall County doesn’t currently have that brand. It’s the new prototype that came out in 2018, so it’s a brand new look, fit and finish.”

Since Marshall County doesn’t currently have hotels with suites, Long said out of the hotel’s four stories and 79 rooms, there would be approximately 25 suites. He said the hotel would be part of a hospitality and event park with retail and outparcels for restaurants. Also, he said there would be another parcel for an event center, outparcel for additional lodging and extra parking for the event center and boats.

“It’s just the start of a bigger development,” Long said. “I really wanted to build this product in Marshall County. It was good timing for Albertville, but it was also the city working with us to bring it there and helping us get it to Albertville.”

Long met with Albertville Mayor Tracy Honea and Albertville Economic Development Director Mike Price, and he said they were able to reach an agreement to move the hotel project to the City of Albertville. Since Long and all of the people in the investment group are from the area, he said the locally owned property would improve the quality of life in the county.

“The sports complex obviously is the main demand generator, which is going to be an awesome thing for the whole county, not just Albertville,” Long said. “I want to thank Albertville for having a vision for the county for a sports complex, because it is probably the number one demand generator for bringing in hotels. Because hotels are kind of those things that you don’t build them and hope they come. You have to have something to produce the room nights before you build the hotel. A lot of cities get that backward. They want a hotel to come and then they want to put things down that will bring people and that don’t work that way. They got a great vision, and it’s going to be an unbelievable place for our whole county.”

“The city is certainly excited with the opportunity to have a Marriott flagged hotel such as the Fairfield Inn & Suites,” Price said. “We absolutely believe a hotel of this caliber will help support the needs of the Sand Mountain Park & Amphitheater in addition to being a hospitality and lodging choice for the numerous industries within our city and area.”