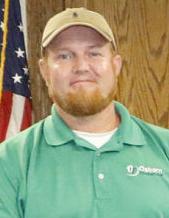 Before the coronavirus pandemic, the issue of Sunday alcohol sales was a hot topic of debate in many local municipalities. Now that many restrictions under the stay-at-home order issued by Gov. Kay Ivey have been lifted and businesses are reopening, the Sardis City Council voted unanimously Monday to add the issue to the upcoming August municipal election to let the people decide.

During the meeting, 1st Superstore owner Hina Patel addressed the council saying that by not allowing the sale of alcohol on Sunday, her business and ostensibly many others were missing out on potentially thousands of dollars.

Her store, located at 12855 U.S. Highway 431 in Sardis, has sold liquor, beer and other beverages since the early 2000s. While the store misses out on money that could have been made directly by selling alcohol, Patel said sales of other items at the adjoining convenience store and gas station — which it added earlier this year — are also lower on Sundays then they might be if alcohol was allowed to be sold.

At a prior council meeting, Patel presented a 14-page petition containing hundreds of signatures from people in favor of selling alcohol on Sunday, though not all of the signatures could be verified as being from a Sardis City resident.

Mayor Russell Amos recommended the issue be placed on the ballot so the people of Sardis City could voice their opinions.

“After we had discussion, we saw the effects on some of the businesses and how it could possibly impact them for good,” Amos said. “Ultimately, by not letting it be put on the ballot, we were actually making a decision. So… everybody felt like it was a decision for the town to make, and whichever way it went we’d support.”

Councilman Brian Carnes, who originally brought the issue up in January after being approached by several business owners, gave a list of pros and cons in an attempt to sway the other council members toward putting it to a public vote.

“I made a list of pros and cons,” Carnes said, “the biggest con being going against Christian values. I know that’s a tough one, but with us already having six days [of alcohol] sales, my argument was that I didn’t think any more sins were getting committed on the seventh day, that people were still drinking; they just weren’t purchasing alcohol in Sardis [City] and it was hurting our businesses.”

Carnes made a motion to add the issue to the next election ballot, which was seconded by councilman Bobby Pounds and approved unanimously.

In other business, the council:

•Approved the minutes from the  May 18 regular council meeting.

•Approved the minutes and financials from the June 2 special called council meetings.

•Approved the purchase of an ad from Sardis cheerleaders in the amount of $150.