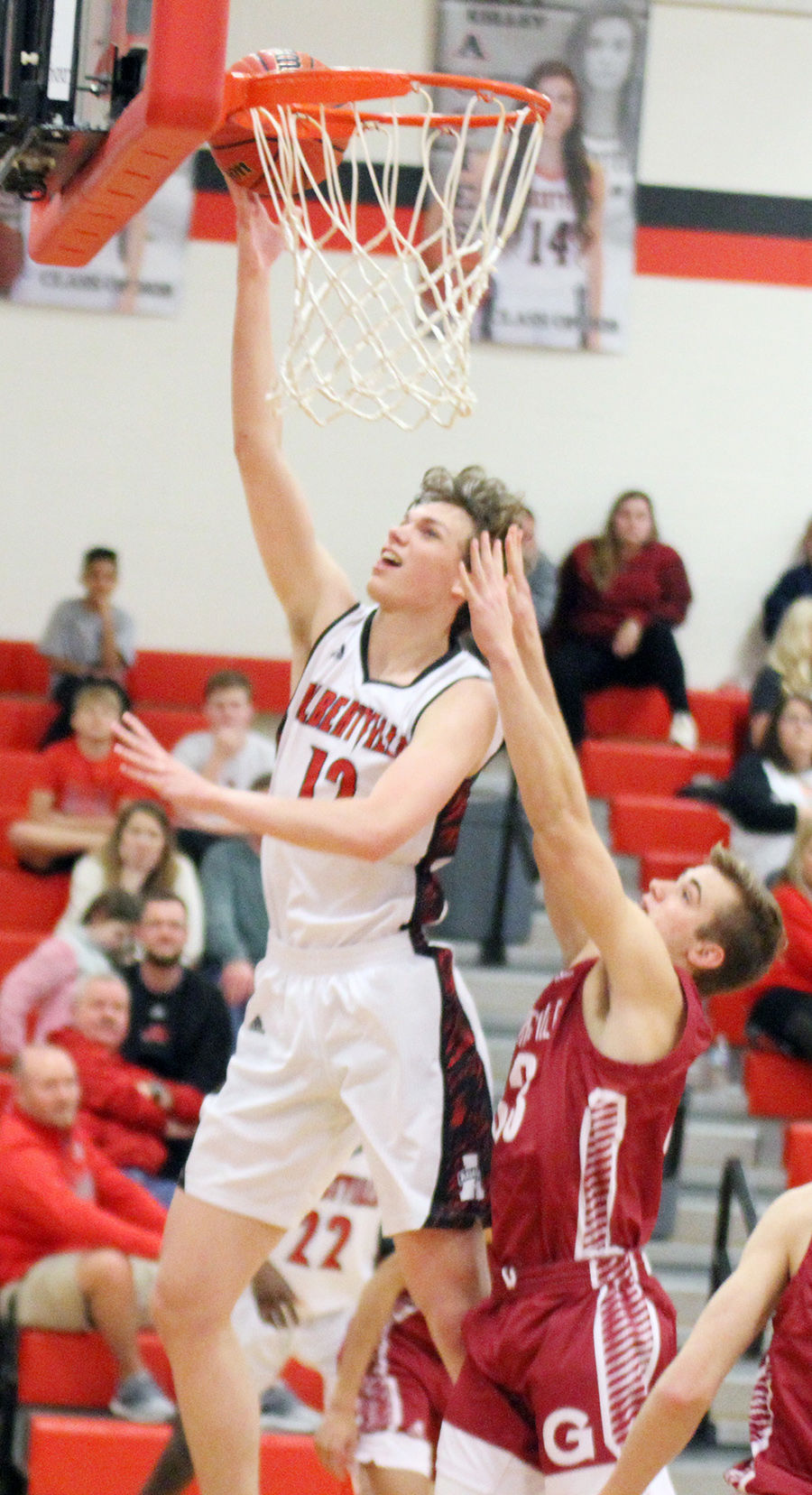 Dane Harding collected 17 points, five rebounds and four assists in Albertville’s win over Guntersville on Monday night, which allowed the Aggies to sweep the season series. 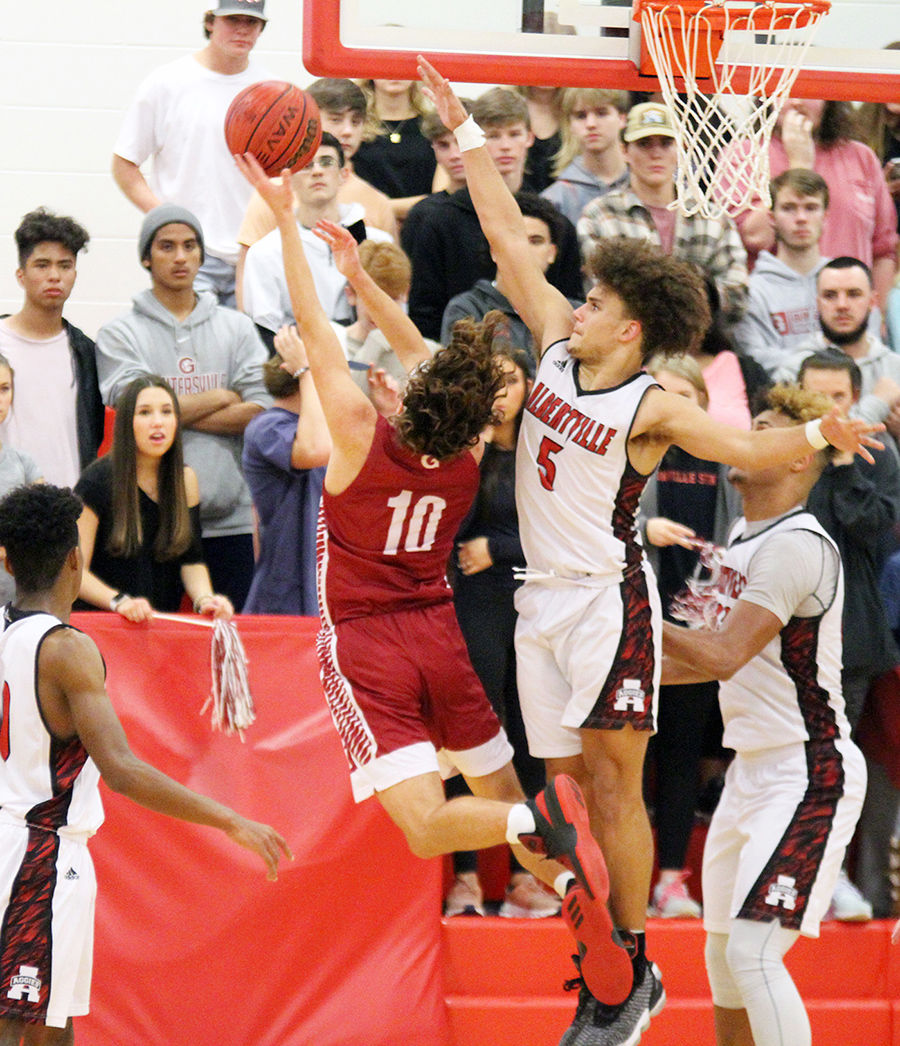 Dane Harding collected 17 points, five rebounds and four assists in Albertville’s win over Guntersville on Monday night, which allowed the Aggies to sweep the season series.

The Class 6A, No. 7 Aggies (17-3) opened the week with victories over Class 5A, No. 10 Guntersville on Monday and Arab on Tuesday. Boaz visits Albertville Gymnasium for senior night Friday at 7:30.

Aggies 59, Guntersville 50: Albertville raced to a 14-0 advantage at Albertville Gymnasium before running out of gas. Drake Bearden netted nine first-quarter points for the Aggies, who led 16-7 at the break.

Cooper Davidson rallied the Wildcats in the second period, netting nine points to help them take the lead. Albertville rebounded and led 25-20 at intermission.

Chi Jordan’s 3-pointer extended the Aggies’ margin to 34-24 early in the third quarter, but Guntersville trimmed it to 34-29 on Campbell Leach’s trey with 3:58 left.

Dane Harding netted eight fourth-quarter points to help the Aggies sustain their momentum. His 3 gave them a 52-41 lead with 4:26 remaining. The Wildcats never came closer than nine the rest of the night.

“It was a hard-fought game,” AHS head coach Patrick Harding said. “For the second time in a row, I thought we really came out and played good defense early and held them to one shot and then ran on our rebounds, and were able to get some good looks.

“Like down there, it was a good high school game. The kids were playing hard. I thought Dane was really good tonight, and I thought Trinity finished well. I’m tickled to death we came out on top, because that’s a really good team.”

Elijah Moss got one point, two rebounds and three assists.

Davidson’s 20 points paced the Wildcats. Brandon Fussell followed him with 14.

Aggies 69, Arab 36: Four Aggies scored in double figures as they whipped the Knights at Arab, giving Harding the 497th win of his outstanding coaching career.