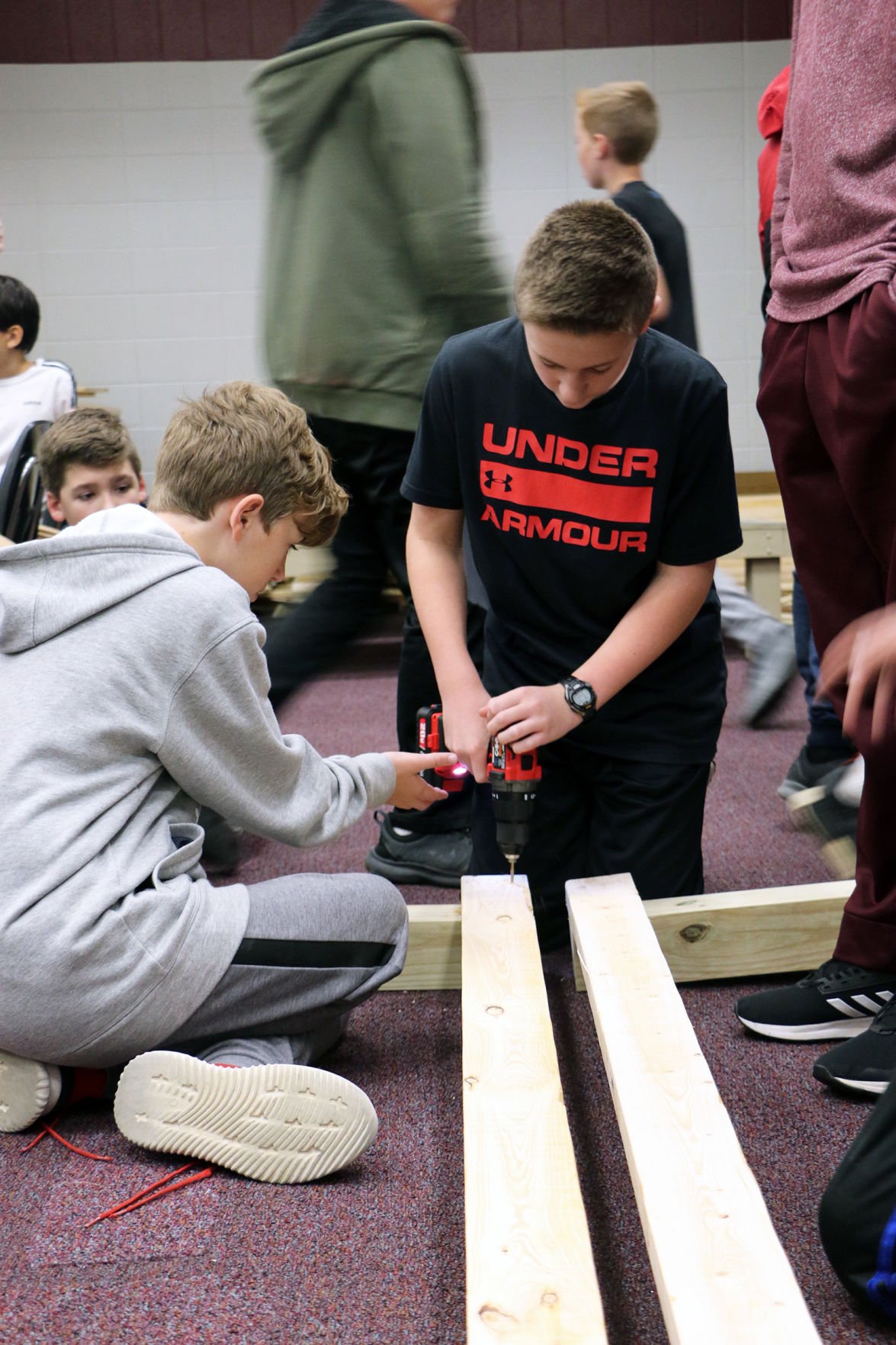 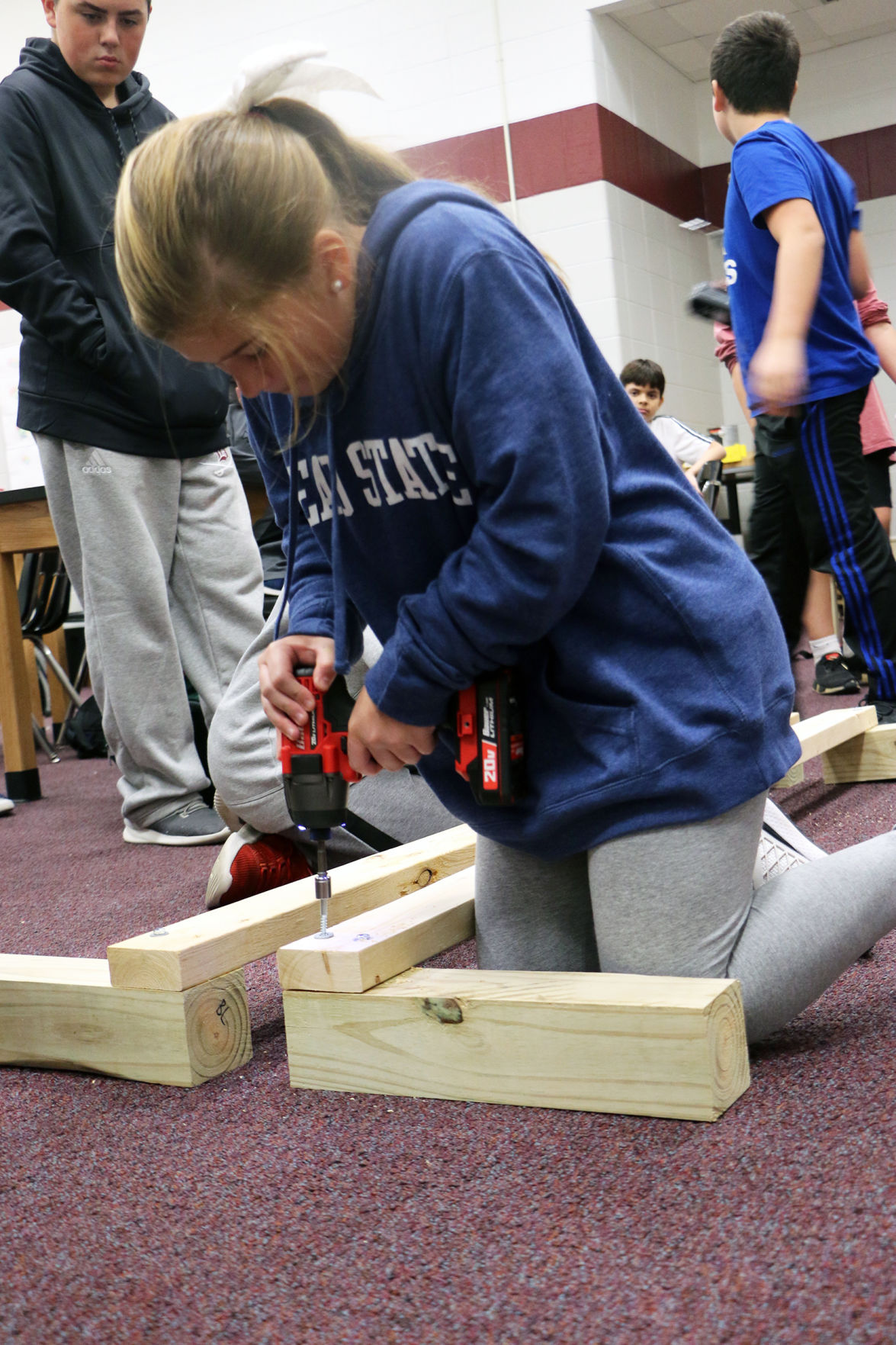 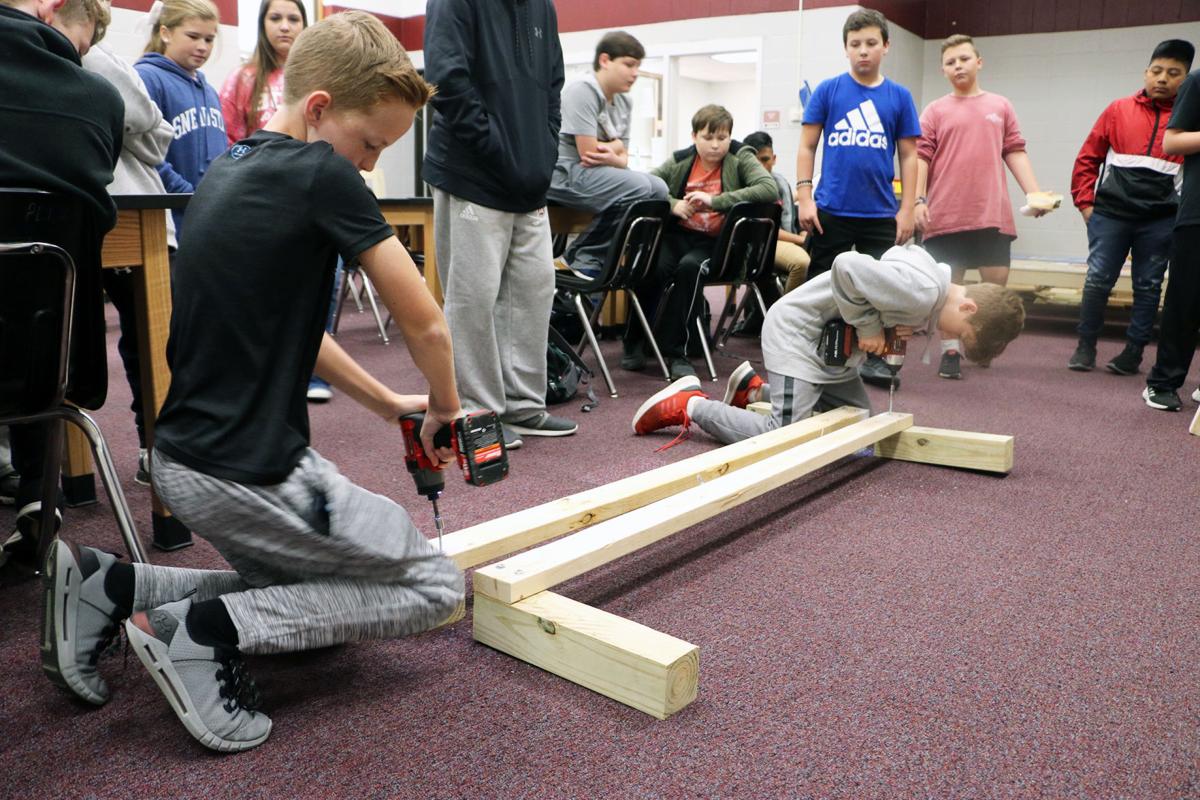 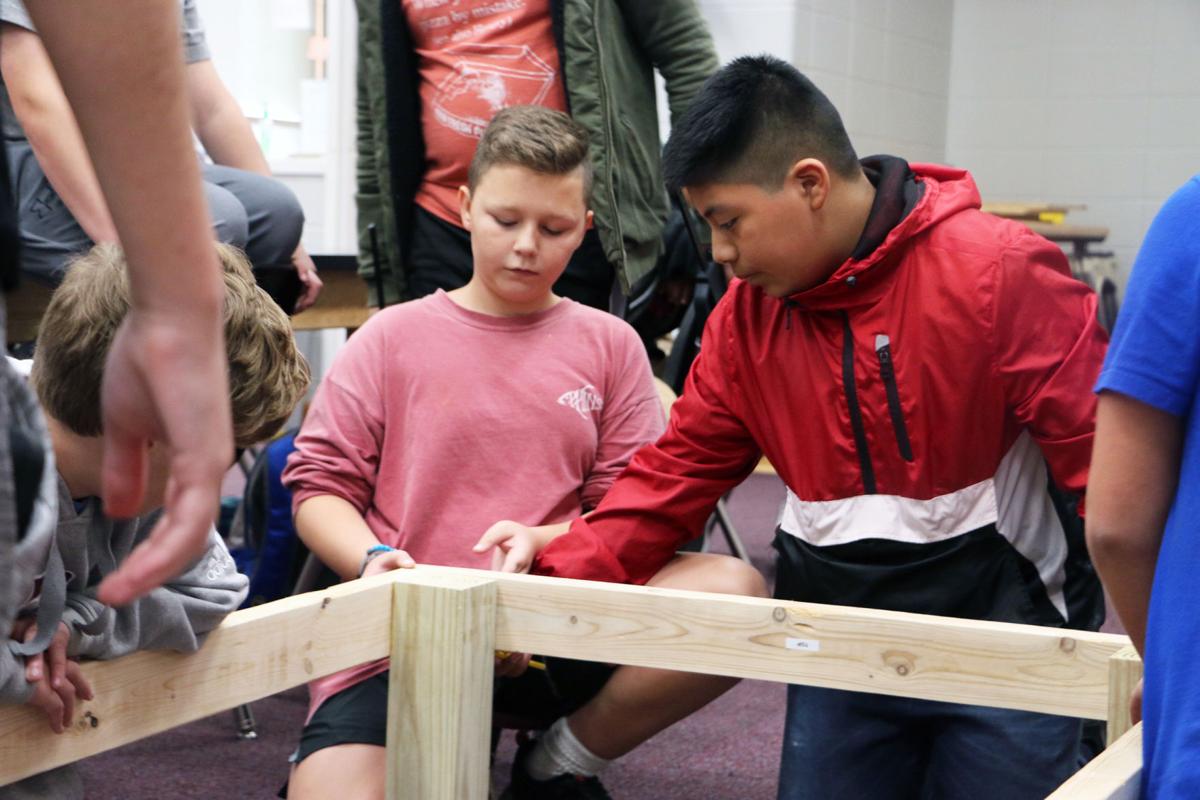 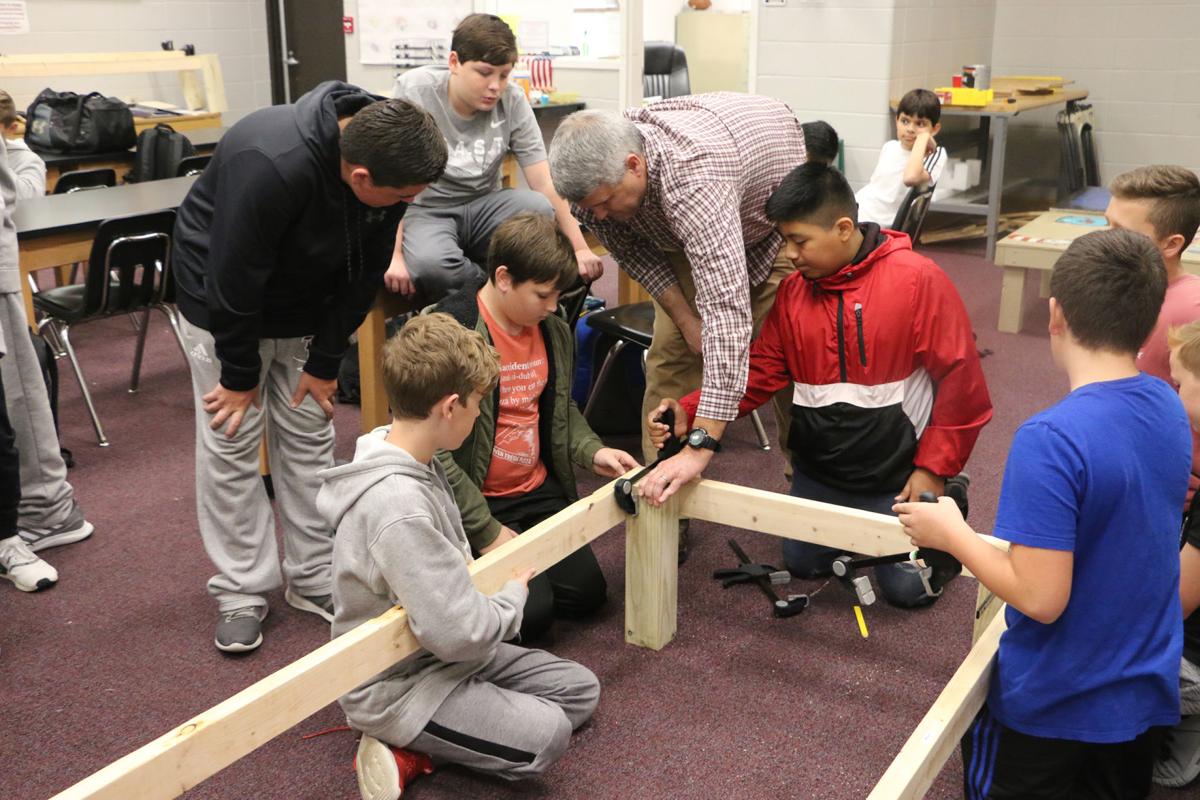 At Boaz Middle School, Mike Smith’s seventh grade STEM classes are building beds to help those in need. Students have learned how to work with tools and also discovered the importance of giving back to the community.

Across Sand Mountain, there are more people living without a bed to sleep in than most realize.

When Alivia Carroll, a seventh grader from Boaz Middle School, heard there were people without beds, she said it was shocking. Many of her classmates and teacher, Mike Smith, were also surprised and saddened.

Thanks to numerous donations, Smith’s third and fourth period classes have been able to construct beds to give away to families in need.

“Because this is a STEM class, I thought it would be a great idea for the kids to learn how to build the beds and then give back to the community while we’re at it,” Smith said.

STEM is a term commonly used to group the science, technology, engineering and mathematics curriculum in schools. STEM was created, in part, to promote and grow workforce development.

The idea to incorporate the project into STEM classes was first brought to Smith’s attention by a fellow employee. As soon as he heard the idea, Smith said he knew it was something they needed to do.

By building the beds, students participate in hands-on learning. So far, they have learned how to take accurate measurements with a tape measure, cut pieces of wood with a miter saw, glue and clamp pieces together and then bolt the pieces together.

“Through this, they’re learning how to use tools properly,” Smith said. “Those are skills that they’ll remember for the rest of their life. But then, they’re also learning to give back to the community — to those who are less fortunate than they are — and that’s more important.”

After the beds are constructed, Smith sends them to Rissa Parrish, the school’s art teacher, to be painted by students. Some of the beds have featured images of Charlie Brown, Spiderman and Cat in the Hat.

Smith said the goal was to build 15 beds before the semester was over in December and build 15 more with a different group of students next semester.

Although only five beds have been built so far, Isaac Hitchcock said he thought the goal was reachable.

“I think we can do it,” the seventh grader said. “We’ll just have to put our Chromebooks down, stop playing games and everybody come together to pitch in.”

Smith said each class period tries to construct at least one bed per week. They began building the beds at the start of the second nine weeks.

Students felt like the project was great in two separate ways. One, it gave them an idea of what construction would be like. While Andy Rains and Brayden Sims said it sparked more interest to pursue a construction-based career path, McKane Goggans said it would make a great hobby outside whatever career path he chooses.

Above all, the students were proud to be contributing to the community.

“I think we take advantage of having different things that other people don’t have — like beds,” Brayden said. “That’s why it’s important to give back.”