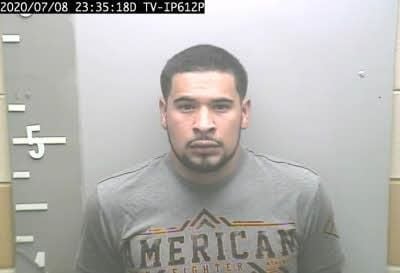 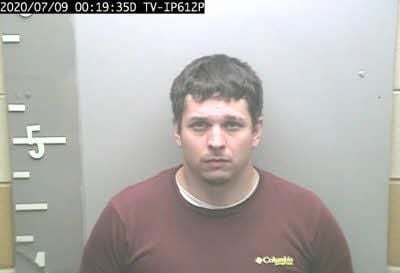 Albertville Police Chief Jamie Smith said concerned citizens called police reporting a dog was left inside a truck on July 4. The widows were left up and the truck was not running. Temperatures that afternoon reached 90 degrees.

Officers arrived to see the truck leaving the area and initiated a traffic stop.

Upon running the truck’s license plate, officers learned it was stolen.

The passenger, Sean Osborne, 32, of Springville, was found to be wanted on a warrant from APD. He was arrested and placed in the patrol car.

The driver, Juan Carlos-Guerro, 24, of Oneonta, was arrested on a stolen vehicle charge.

During the subsequent search of the vehicle, officers discovered three firearms, which neither man held a permit for.

The suspects acted strangely during the search, prompting officers to summon a K-9 to the scene. The K-9 sniffed around the entire vehicle and “alerted” to the presence of drugs in the vehicle.

The truck was impounded and towed from the scene.

Once at an impound lot, another K-9 sniffed the vehicle and again alerted to the presence of drugs. A second search revealed 90 grams of methamphetamines, assorted drug paraphernalia and $960 in cash.

Alabama Criminal Code states anyone in possession of over 28 grams, or one ounce, is liable for drug trafficking.

What happened to the dog?