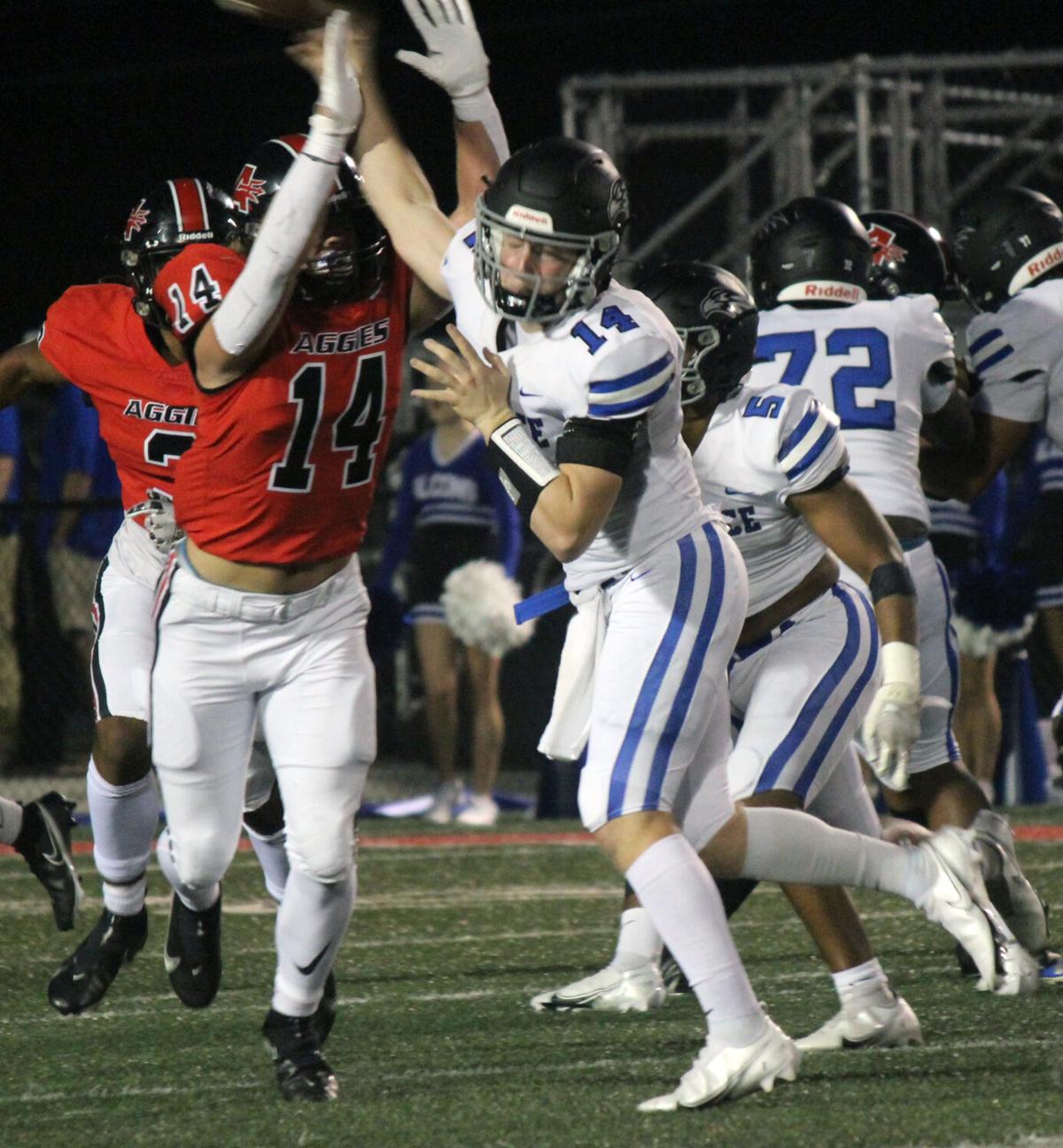 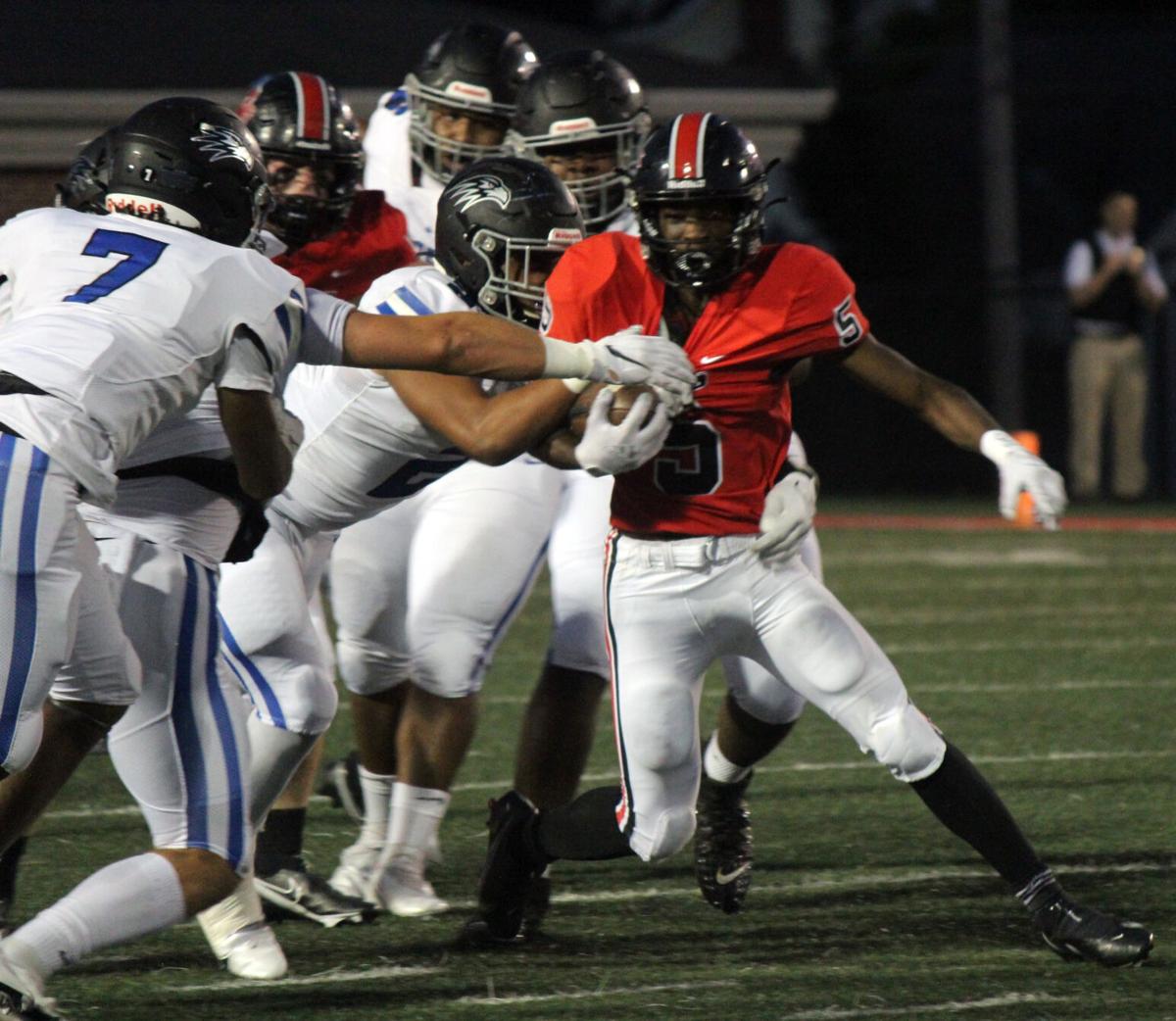 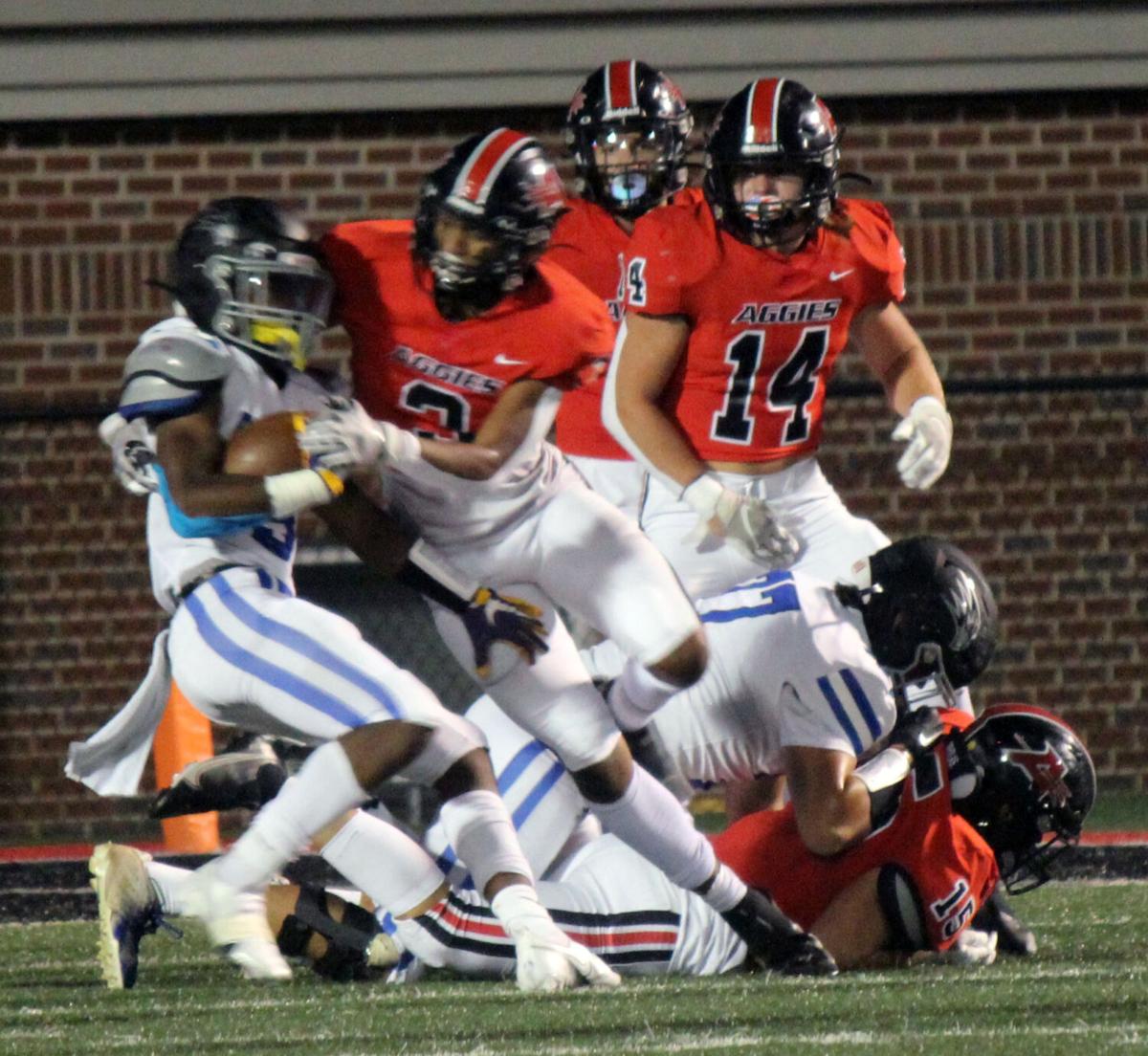 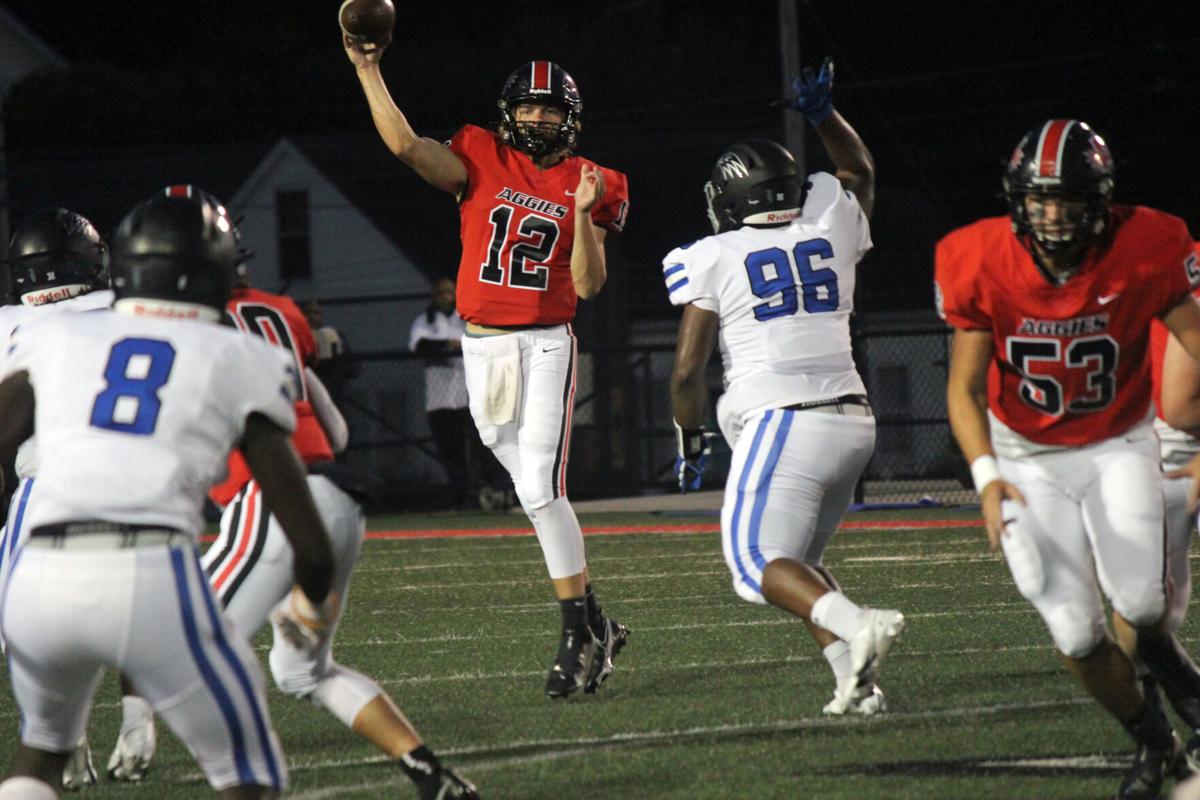 After getting into a shootout last week, the Albertville Aggies found themselves in a defensive battle in the first half against visiting Florence on Friday night, but it was the Falcons who hit their stride on offense in the second half, scoring on their first five possessions after halftime to pull out at 38-11 victory over the Aggies.

“I can’t say enough about the defense,” Albertville coach Chip English said of their effort. “We stepped up and did really well at times. The problem in the second half is, you turn it around, I make a bad call on the fourth down, then we have a botched kick. We did some things and still shot ourselves in the foot, and then as the game went on we kind of wore down a bit, but that’s what happens when you’re not as big as the other team.”

In the game’s opening half, the two defenses went toe-to-toe, trading punts on the first two possession of the game for each team, before the Falcons (2-2, 2-0 Region) broke the seal late in the first quarter when Jaylen Simpson burst through the middle to score from seven yards out and a 7-0 lead.

The Aggies (0-3, 0-2 Region) were quick to respond on their following drive, being setup with good field position on a bizarre kick return where the Aggies fumbled twice, only to see it both times end up in the hands of another Aggie who eventually advanced it to the Albertville 42. The Aggies then marched as close as the Florence two, but on third and goal were stuffed for a loss, then seeing Alex Mateo drill home his first field goal of the season to cut the lead to 7-3.

The Albertville defense forced a three-and-out on the ensuing series, and the offense went to work again, eating nearly five minutes off the clock and getting down to the Florence 10 when the penalty bug bit.

On back-to-back plays the Aggies found the end zone, but both plays were called back due to holding calls, this after the Aggies appeared to hit a big pass to set up a first and goal inside the 10 on a sideline catch that was missed by the officials. The two holding calls forced the Aggies back to the 15-yard line, where a field goal try sailed just wide to the left, allowing the Falcons to take a 7-3 lead into the locker room.

“You just have to continue to work hard and eliminate those little mistakes and when you do that, you might  be up at halftime,” English added. “But when you feel like you’re trailing and you have to do things, your calls are different and you’re doing things different in the second half. But overall it’s just working, it’s continuing to work and do the little things right, we can’t get bored with the little things we have to get better at that, and our guys are, but it takes time to do that. We have a lot of inexperience guys on the field, but each game we’re learning so much, and when we do that it’ll eventually pay off.”

After forcing an Albertville punt out of the halftime break, the Falcons pieced together at 65-yard drive that was capped off when Caleb Mahan hit William Watkins from 13 yards out to make it 14-3.

Down two scores, the Aggies decided to gamble deep in their own territory, running a fake punt on their own 13, but seeing the pass fall incomplete, setting the Falcons up for another score when Simpson scored his second touchdown of the game to make it 21-3. Simpson finished as the game’s leading rusher with 91 yards on 13 carries in addition to the two scores.

The Aggies had an answer though, putting together a 65-yard drive of their own on the next series that was capped off by Kaleb Gant plunging up the middle from two yards out for his first touchdown of the season, then seeing Andy Howard hit Givenchy Dorival on the two-point try to cut the lead to 21-11 with just over three minutes to go in the third.

Howard was efficient for the second week in a row, finishing the night 13 of 19 for 192 yards, then adding another 22 on the ground. Running back Hyghinson Lorissaint led the Aggies rushing attack with 53 yards on 15 carries, but was injured in the third quarter and did not return. As a team, Albertville totaled 293 yards of offense.

“Overall, very excited about the guys and their effort and their energy,” Aggies coach Chip English said. “Sometimes you just come up short and tonight we did, we still believe in what we’re doing and still believe in our process, it’s just a matter of making sure that everyone is on board and continuing that.”

Following the Albertville score it was all Falcons to the finish line, with running back Xavier Garner scoring with three seconds left in the third from six yards out on his only carry of the game to make it 28-11, getting a three and out on their next defensive series, then seeing the Mahan-Williams duo connect for a 10-yard passing score, their second of the game, to make it 35-11. Williams caught all seven passes the Falcons completed in the game, totaling 66 yards to go with the two scores.

The Aggies then fumbled the ensuing kick-off, and Florence capped the scoring with a Chandler Dixon 26-yard field goal. The Falcons totaled 224 yards after halftime, and as a team rushed for 293 yards on 40 attempts.

The Aggies now face a short week and a road game, heading up to Huntsville for a showdown with English’s old school, Grissom, set for Thursday night. Grissom will enter that contest at 1-3 after being paddled by Sparkman on Friday night, 46-0.