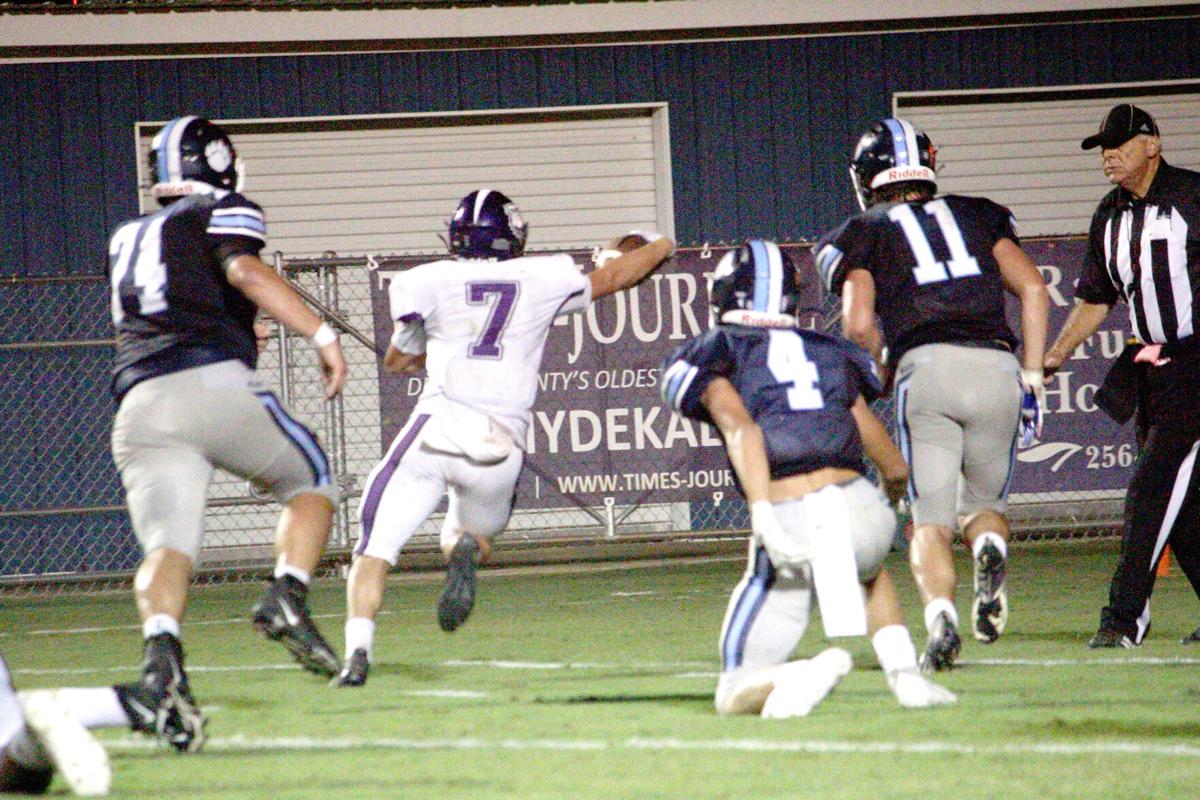 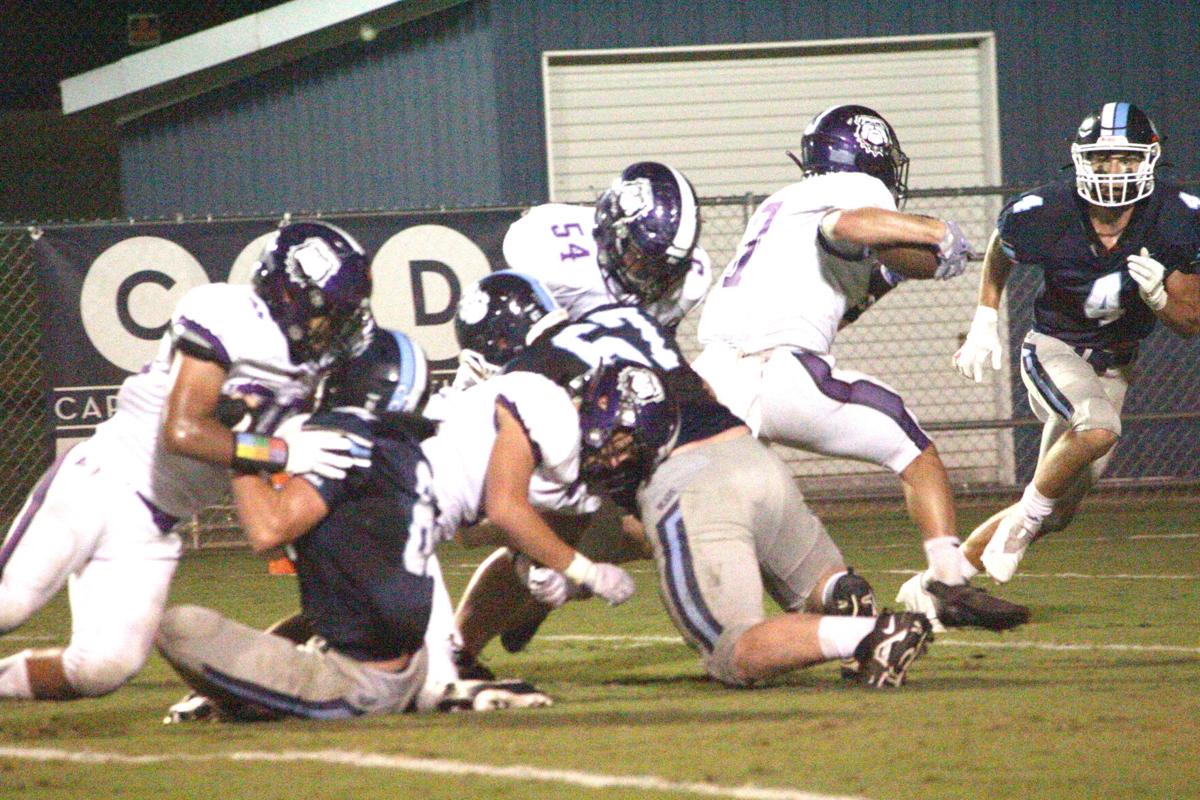 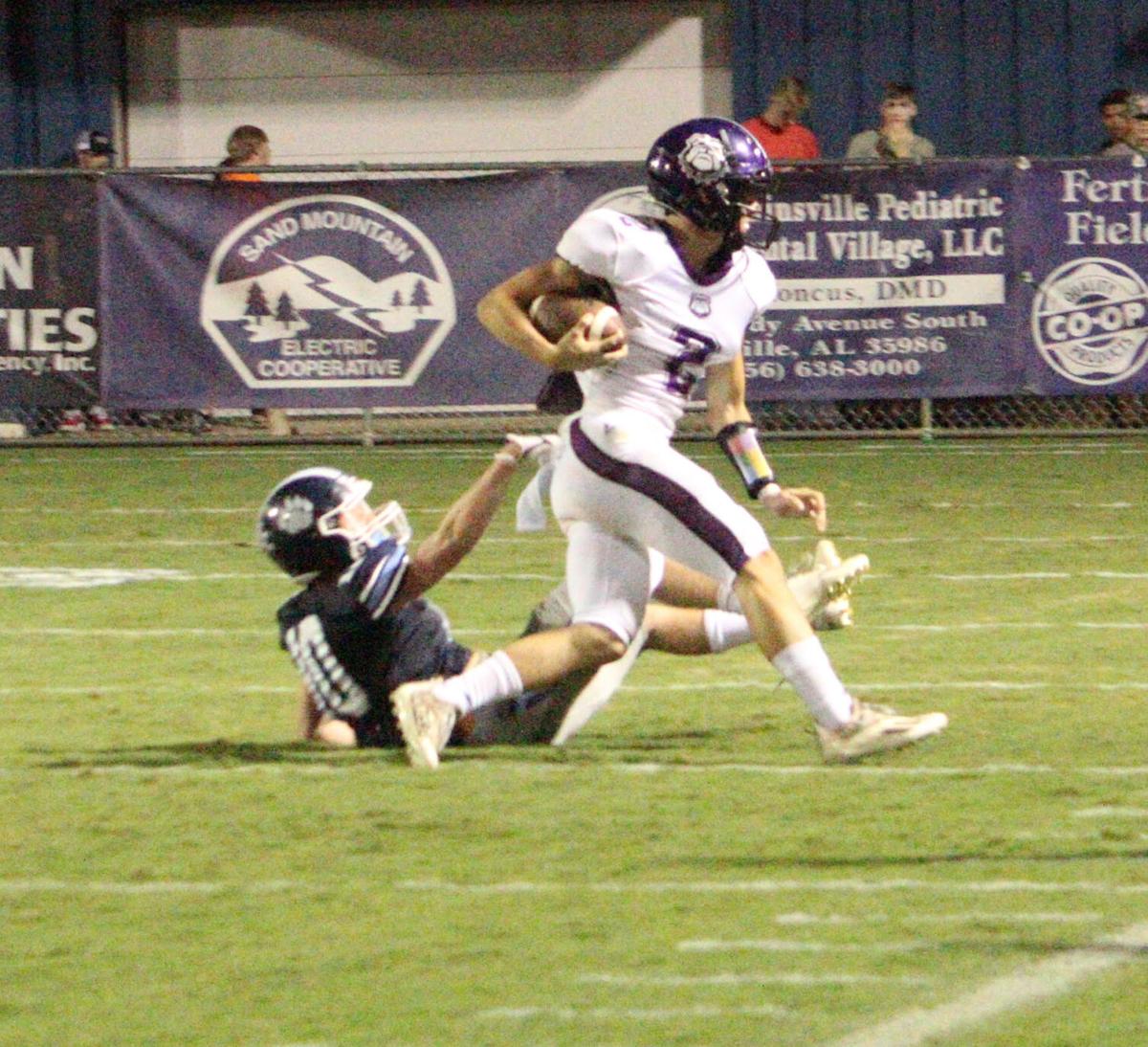 RAINSVILLE — Geraldine held on to win a wild fourth-quarter game at Plainview 26-20 on Friday night.

It was a signature win for new Geraldine head coach Michael Davis, whose squad knocked the fourth-ranked Bears from the unbeaten ranks. The Bulldogs won their third straight game, improving to 3-1 overall and 2-0 in the Class 3A, Region 7 standings. The Bears are 3-1, 1-1.

With 4:04 remaining in the game, the Bulldogs looked like they had the game locked up after Jaxon Colvin scored on a 35-yard touchdown run on fourth and 2 to extend the Bulldogs lead to two scores. But Plainview came roaring back and scored quickly, recovered an onside kick and was driving for the winning score before a Bears’ fumble sealed the win for Geraldine.

“We made young mistakes down the stretch and allowed Plainview to hang around, but we did what we had to do to win the game at the end,” Davis said.

Geraldine opened the game with a 9-play, 89-yard drive capped off by a 1-yard run from Colvin. The extra point attempt failed and the Bulldogs led 6-0.

With 4:03 remaining in the first, Plainview’s Mason Cooper recovered a fumble that gave the Bears the ball in Geraldine territory. That set up a Braiden Thomas 2-yard touchdown run. Plainview led 13-6 with 9:59 remaining in the half.

At this point, Plainview was in control of the game, but Geraldine responded with a 9-yard touchdown run from Caleb Hall. The extra-point attempt failed and the first half ended with Plainview still leading 13-12, but Geraldine regained some of the momentum.

Geraldine continued that effort in the second half. Colvin gave Geraldine the lead back with a 1-yard run on fourth and one at the goal line. The two-point conversion failed and Geraldine led 18-13 with 5:34 left in the third quarter.

Plainview got a drive going in the fourth quarter but the Bulldogs got a fourth-down stop with 7:52 remaining in the game.

Colvin then scored on a 35-yard run with 4:04 remaining and looked to have sealed the win for Geraldine, but Plainview had no intention of giving up.

The Bears scored with 2:43 remaining on a 10-yard run by Andrew Hall. Arturo Medrano’s extra-point cut the lead to 26-20.

Hall then recovered the onside kick with 2:40 left in the game. Plainview was driving but a fumble with 1:46 gave Geraldine the ball back.

For Plainview, Braiden Thomas had 115 yards rushing and a touchdown and Andrew Hall finished with 74 yards and two touchdowns.