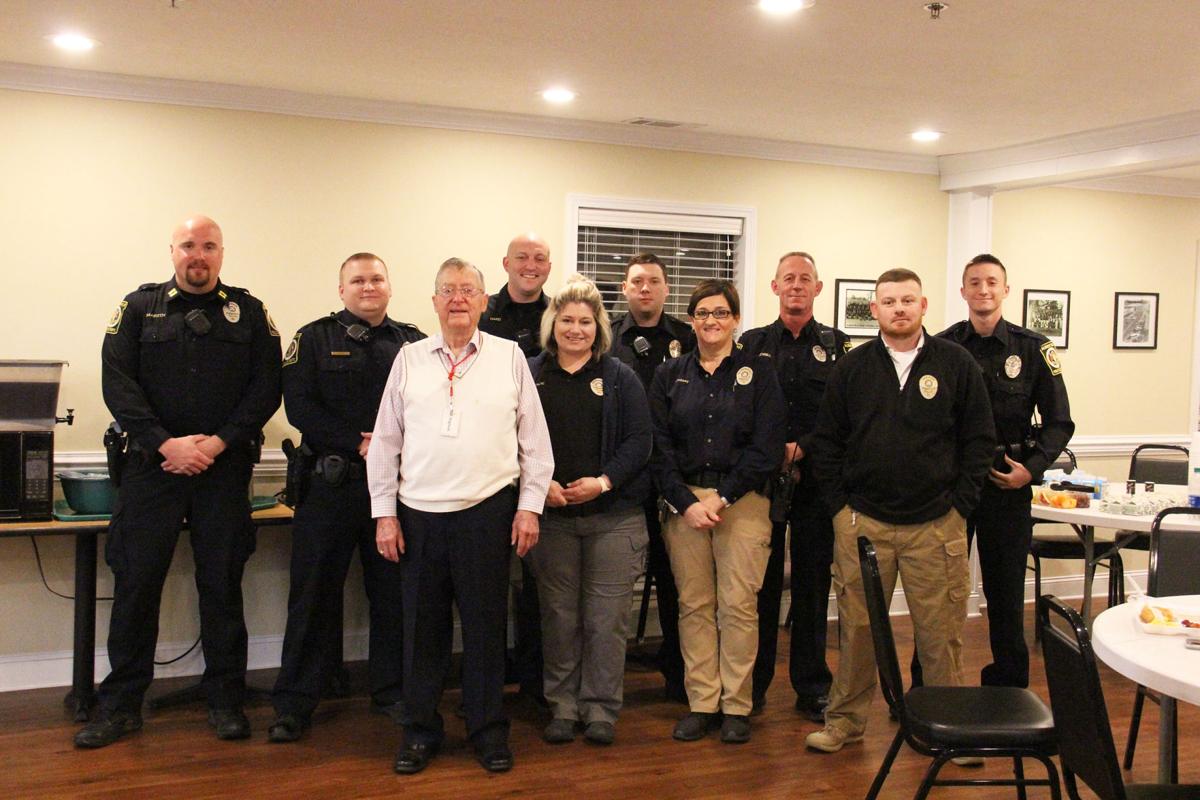 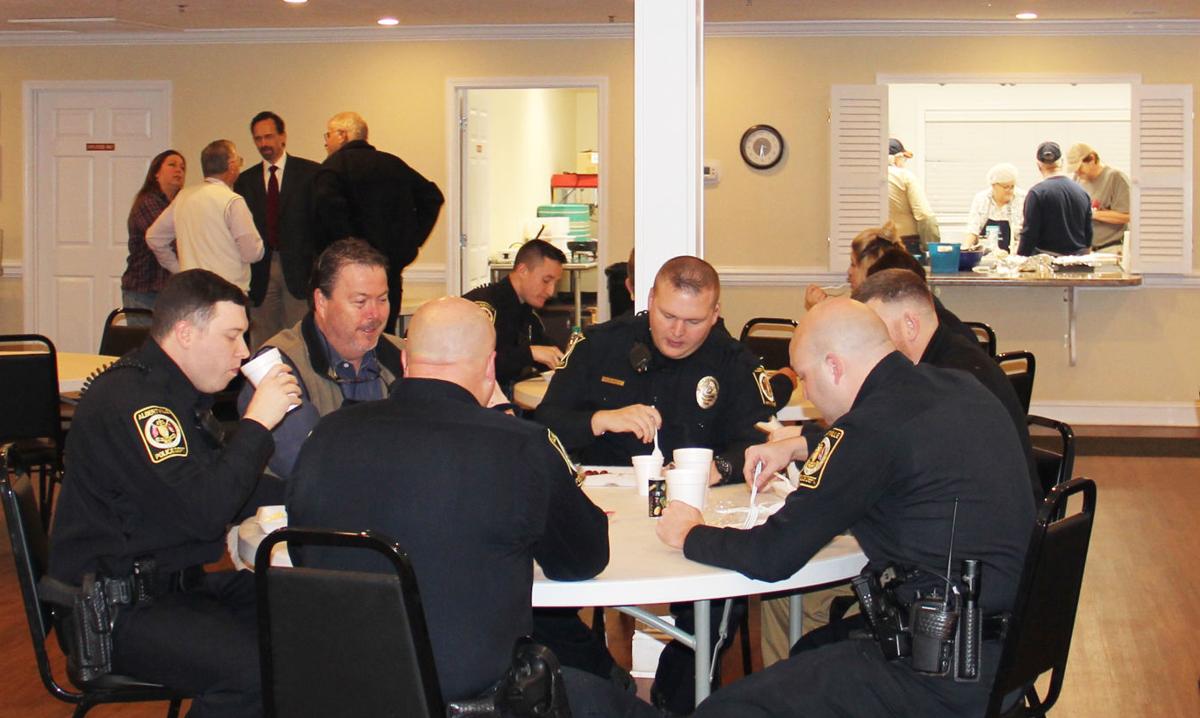 Bill Ingram thanks two officers during a breakfast he hosted for the Albertville fire and police departments.

The City of Albertville’s police and fire departments were treated to breakfast by Bill Ingram on Tuesday and Wednesday.

Ingram is a member of Albertville’s planning commission, and he announced he would provide the APD and AFD with a free meal to show his appreciation for their hard work.

He wanted to do something for all of the city’s police and firefighters to take part in since he believes a plaque or award would only be seen by a few. The breakfast was provided over two days, because the departments’ shifts alternate, and he said each member of the departments would have a chance to get a hot meal.

Thanks to his friends at the Albertville Center on Broad — Dale Carroll, Carolyn Davis and the staff —Ingram said he was able to provide a nutritious meal to give back.

Also, Ingram invited Albertville Mayor Tracy Honea and the city council to attend the breakfast, and they showed up to share in the fellowship and support of the APD and AFD.

Both the APD and AFD said they were thankful for Ingram’s generosity.